It seems that the future that science fiction writers talked about has gradually come. We already have money that does not belong to anyone and is not controlled by anything, but at the same time, it is very popular. You are not mistaken. We are talking about cryptocurrencies. 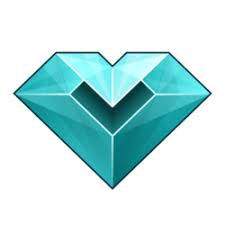 There are many fast-growing and promising digital currency. But soon, the crypto world will change because Crypton (CRP) is entering the international cryptocurrency market.

Crypton – a revolutionary new-generation cryptocurrency of the Utopia P2P ecosystem. It is created to ensure confidential transactions within the network.

*Utopia is a revolutionary P2P network that is designed to ensure the privacy of users’ data on the Internet. It was created by a group of anonymous developers, under the alias the 1984 Group (the creators referred to George Orwell’s novel – 1984, as an example of building a totalitarian and censorship society where there is an absolute lack of freedom and human rights.) It has built-in tools: instant messenger, encrypted email, anonymous browser, crypto wallet, internal cryptocurrency, and much more.

CRP is based on decentralization and blockchain technology without ICO. In its structure, it is similar to Bitcoin. Still, their main difference is in the security of transactions: the entire process is linked under a cryptographic signature, and no one can track the payments. The network transmission itself is also wrapped in encryption.

Since Crypton is not as popular as Bitcoin, its price is slightly lower. However, the prospect of development and addition to the international crypto market suggests that Crypton will not be inferior in popularity and price to its main competitor – Bitcoin, shortly.

Is It Profitable to Use Crypton (CRP) Coins?

Cryptocurrencies are the brainchild of modern technologies. CRP coins reflect a small part of the blockchain mechanism. Tokens are an adjacent product of the platform, not pieces of paper that rustle in your hands. CRP is transferred between parties on Peer-to-Peer’s principles, that is, without the use of third-parties.

The anonymity of CRP is legendary and based on decentralization. It is almost impossible to track crypto holders. Users do not leave any personal data during transactions. No one can track the sender or recipient of the cryptocurrency. Owners of even large virtual amounts do not pay taxes, which opens up wide horizons for investors.

CRP is an international means of payment. That is, it can be used in any country, provided that the internet is available.

At the entrance to the CRP cryptocurrency market, its developers sell the tokens for very little cost. With the development of the platform, the price of coins will also rise. Sometimes the rate takes off sharply, and sometimes you have to practice a wait-and-see strategy.

Utopia provides an opportunity to launch Crypton mining within the ecosystem. A client doesn’t need to install an additional app for this. Everything is inside the ecosystem. An internal Mining bot charges Cryptons for internet sessions via Utopia P2P.

So, we can say that Crypton has the following positive features:

Now, CRP is available on several major cryptocurrency exchanges. All up-to-date information about CRP, you can find on coinmarketcap.com.