Few have lived a wilder life than John McAfee.  From cybersecurity pioneer to person of interest in a Belize murder, he may have seen it all.  He’s been in Guatemalan jail, and has fled from both the cops and cartels.

McAfee has been long been building the reputation of being anti-authority.  He’s been an advocate for ending the war on drugs , free market principles, and just a general freedom from government intervention in everyday life. 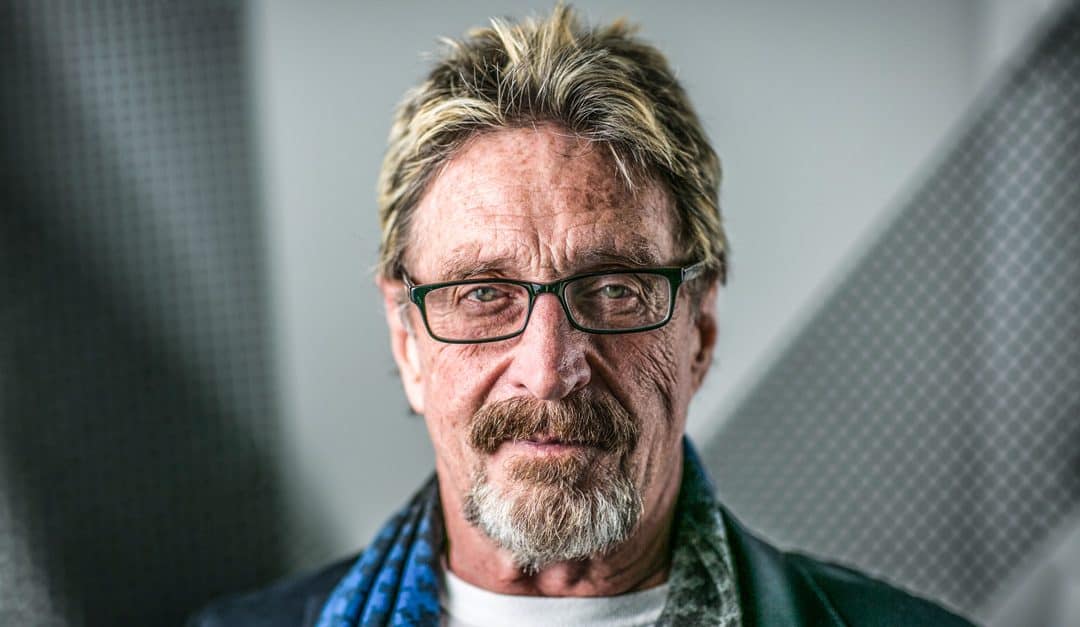 He even made a run at the White House in 2016 but lost out to Libertarian nominee Gary Johnson before he could make it on to the debate stage with Donald Trump and Hillary Clinton.  More recently, the Libertarian has been an enormously influential advocate for cryptocurrency and blockchain technology.

The coins he has recommended via tweet have seen huge gains and he boasts of his ability to pump a coin to over 100% gains. McAfee preaches of the world changing potential in crypto but also has let us know that it costs over $100k for blockchain startups to get McAfee to mention their coin on social media, so many charge McAfee with profiteering and insist that he’s simply taking advantage of curious and perhaps naive investors.

McAfee’s followers are rabid for blockchain news and crypto trading tips and he knows it. McAfee says by his own count that nearly a million of his followers buy and trade cryptocurrency and that about a third of them have at least 50% of their life savings invested in bitcoin and altcoins.

Near the end of 2017 McAfee was ensnared in some controversy when he said his Twitter account was hacked.  McAfee claimed several tweets endorsing various coins were done by hackers as a pump and dump scheme.

He also wound up embroiled in a dispute with Verge. (XVG).  XVG saw unbelievable gains over a 3 week period after McAfee gave a nod to the coin in one of his tweets; but later, a prominent XVG holder accused him of blackmail.

The Verge team has been widely known for poor communication and missing deadlines while also having an active yet notorious community leading many experts to steer clear of the coin and question McAfee’s motives.

Last week McAfee’s credibility took another hit week when the world found out that a blockchain based e-commerce company endorsed by McAfee called Bezop.io mishandled and exposed sensitive personal data of 25,000 of its investors.

Despite a crazy past and controversial present John Mcafee remains a pivotal actor in the crypto space.  Thousands of people share everything he submits on social media. His words circulate throughout the tech community everyday and continue to influence floods of new buyers into the crypto market.

As the crypto sector matures rebel forces like John McAfee could be replaced by more practical voices with more traditional ideas.