Market data from Skew shows investors in the Bitcoin (BTC) options market are cautiously bearish in the short term as of Sep. 8. The shift in sentiment comes after BTC’s abrupt 17% drop in seven days. 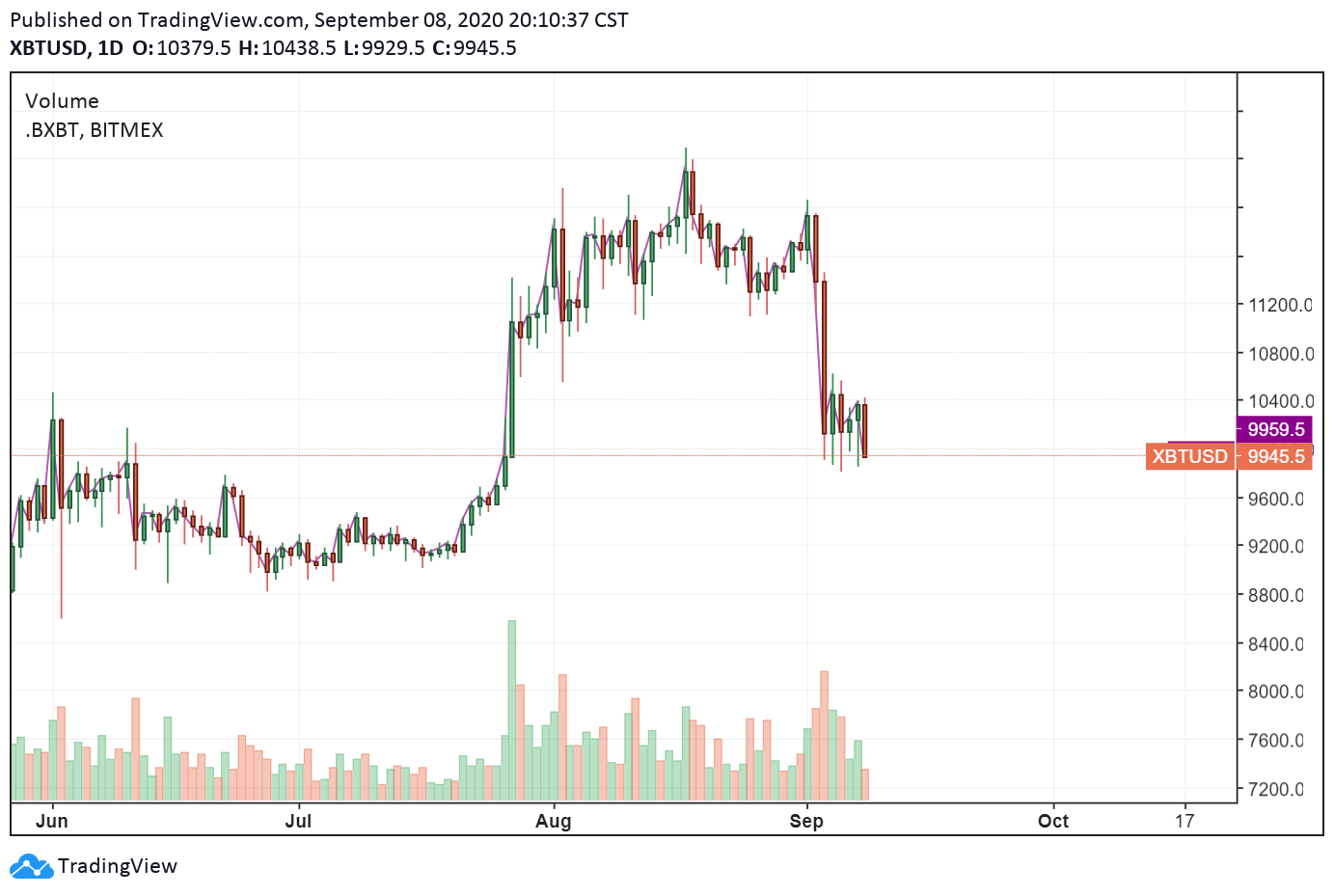 Bitcoin fell below the $10,000 support level for the fourth consecutive day. Some analysts say that the repeated test of the same level is a bearish sign. Others say that BTC is showing resilience at an important support area.

The lackluster liquidations on major futures exchanges come from a relatively low open interest. The term open interest refers to the total amount of short and long contracts open at a certain time.

The futures market data indicates that the majority of the selling pressure did not come from cascading liquidations. Rather, miners or whales taking profit on their holdings likely triggered the sharp pullback since early September.

The options data could become more relevant in the short term because the futures market has been stagnating.

Traders in the cryptocurrency market generally use two types of derivatives to trade Bitcoin: options and futures. 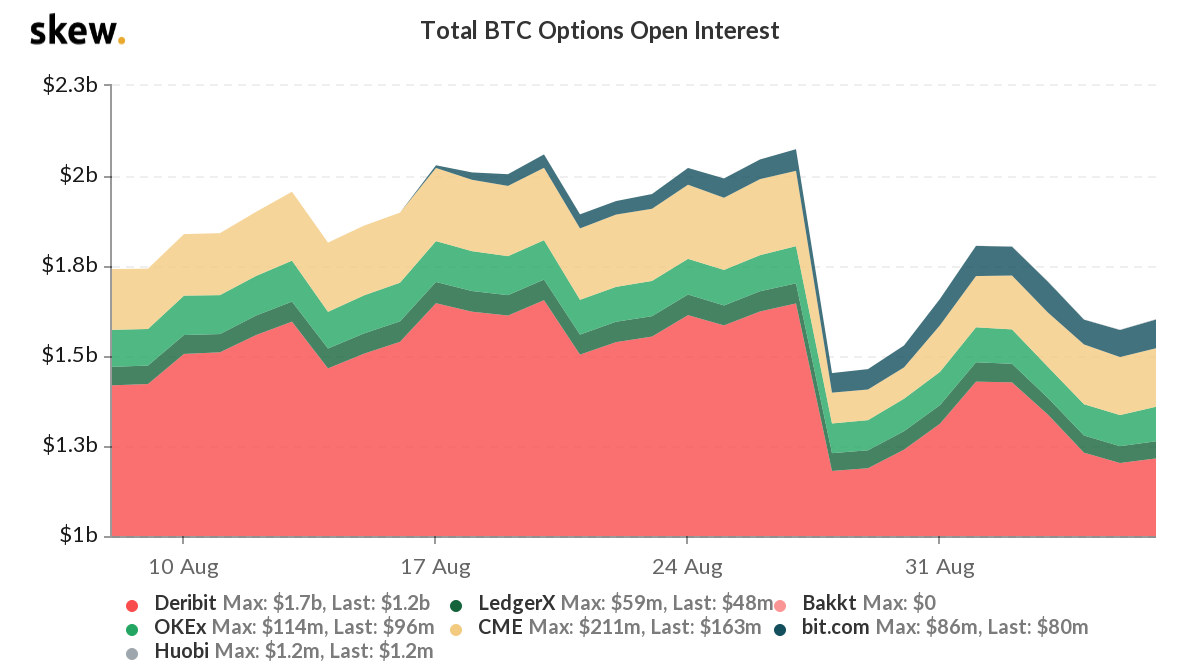 While the aggregated open interest of Bitcoin futures has been falling, options open interest began to recover since Aug. 28. Researchers at Skew wrote:

Where traders expect BTC to head in the short term

If BTC sees a relief rally, it could achieve both CME gaps, hitting the higher gap first. But a pseudonymous trader known as “Byzantine General” says there might not be enough shorts to trigger a squeeze. He said:

“People keep talking about a “squeeze”. But OI dropped like a rock and funding is baseline. What shorts are there to squeeze?” 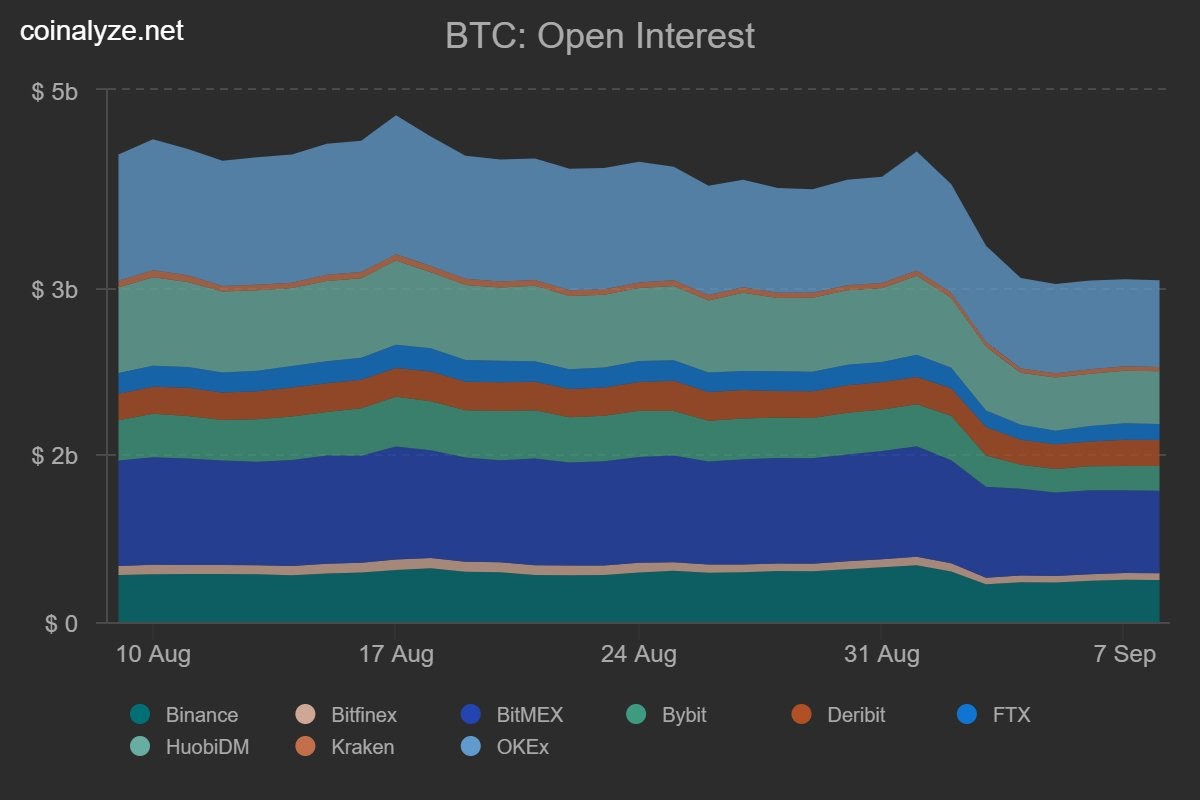 The declining Bitcoin futures market’s open interest and the repeated retest of $10,000 support the short-term bear case for BTC. Whether it sees a relief rally after a 20% drop in 23 days remains to be seen.