Bitcoin Cash bulls are desperate as they attempt to break the $440 resistance today. Yesterday’s attempt at the resistance was disappointing as the coin fell to the low of $412.

The bulls buy the dips to push BCH to $460 high. However, BCH faced another rejection at the high of $460. The altcoin is now confined between $400 and $440. The coin will resume selling pressure if the $400 support is breached. On the other hand, BCH will resume an uptrend if the $440 resistance is breached. If the bullish momentum is sustained, BCH will reach a high of $500. 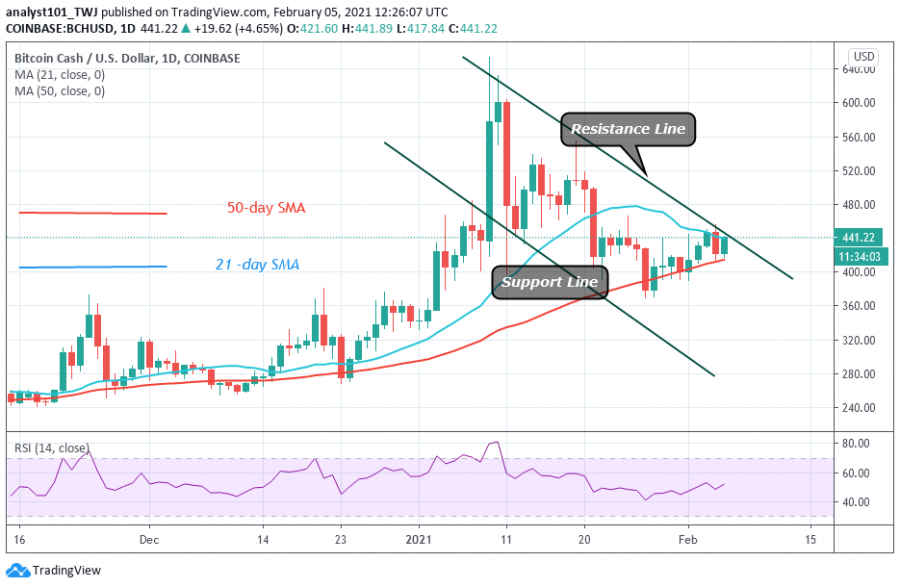 What is the next move for Bitcoin Cash?

BCH has resumed an upward move as bulls attempt to break the initial resistance levels. On February 4 uptrend; the retraced candle body tested the 50% Fibonacci retracement level. The retracement indicates that BCH is likely to rise to level 2.0 Fibonacci extension. In other words, BCH will rise to a high of $520.83. 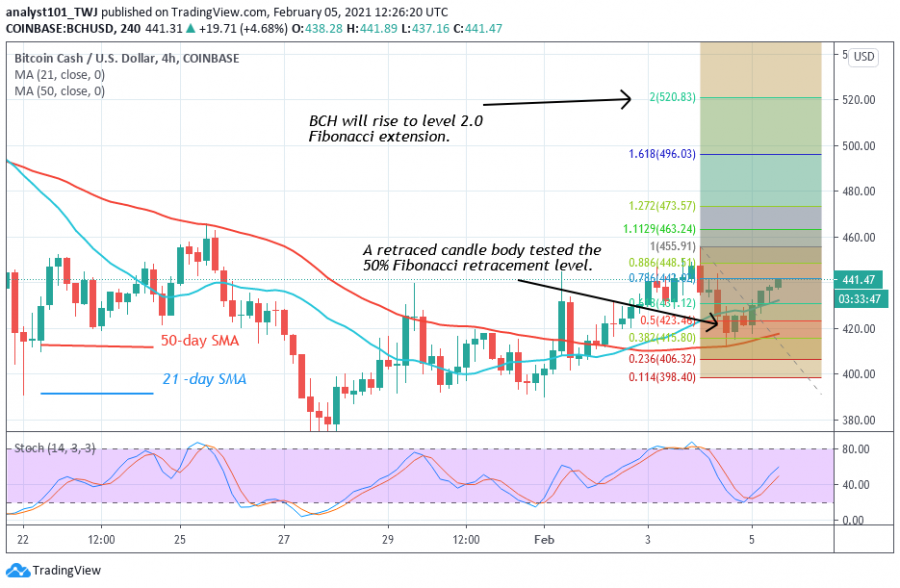 Disclaimer. This analysis and forecast are the personal opinions of the author that are not a recommendation to buy or sell cryptocurrency and should not be viewed as an endorsement by Coin Idol. Readers should do their own research before investing funds.