Binance has been under scrutiny in several countries recently, with customers worried about the future of the world's largest crypto exchange.

However, it seems that the company is back to business as usual. The UK’s Financial Conduct Authority (FCA) has allowed Binance to continue operating in the country’s market.

Regulators around the world have been aggressively pursuing Binance for unlicensed operations, according to CoinIdol, a world blockchain news outlet. From the Hague to Berlin to London and Washington, the world’s largest cryptocurrency exchange by volume has faced mounting pressure from central banks and financial regulators. The company has been kicked out in China, Malaysia, Ontario (Canada), Japan and the UK for legal problems, while receiving warnings in other countries.

In May, when bitcoin crashed, Binance experienced a glitch on its website and more than 700 customers were either unable to access their accounts or had their accounts frozen, which Binance said could be due to regulatory requirements. Victims of the May crash are now taking Binance to court to seek compensation. The many legal battles to be fought by Binance have been disheartening for its CEO Zhao Changpeng, aka CZ. 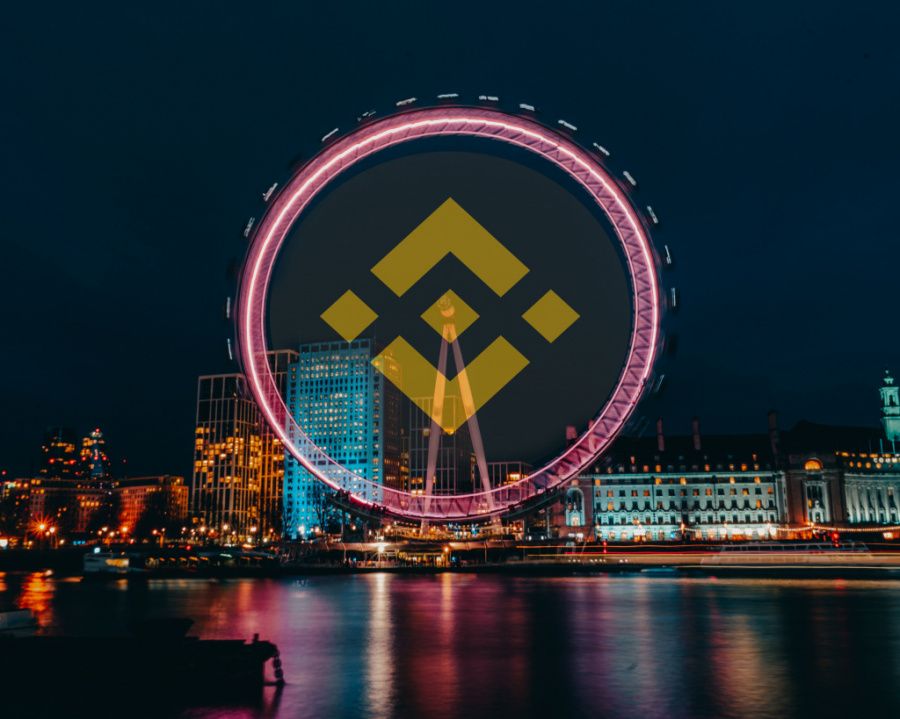 Rolling with the punches

The Binance CEO repeatedly assured his customers on Twitter that Binance is working very closely with regulators around the world and meeting their demands “slowly but surely”.

Binance, on August 19, released a revised version of its Know Your Customer (KYC) on the company’s official website on August 19 to satisfy US and other financial regulators. In the new KYC, the company emphasizes the importance of account verification as an Anti-Money Laundering (AML) measure and visually demonstrates how its customers might go about it.

The FCA imposed a ban on Binance in the UK on June 25 for failing to obtain the necessary authorisation. Binance services in the UK paused, and major banks were unable to conduct Binance-related transactions. However, CZ seems to have worked tirelessly to get Binance back on track with the FCA.

Exactly two months after the day the FCA banned Binance, the exchange met all the registration requirements of the UK’s financial regulator and was allowed to conduct business in the Kingdom again.

Naturally, CZ took this up with bells ringing on Twitter, and Binance supporters expressed their excitement. 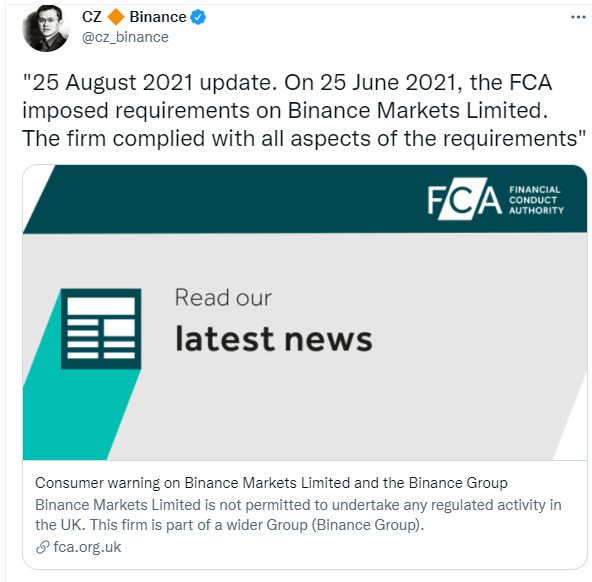 Binance is allowed back in the UK after meeting all the requirements of the FCA. This is a major milestone for a company that has been suppressed by regulators around the world. The fact that the UK is allowing Binance back reflects well on the company and could potentially influence its perception by smaller nations. Binance is actively reshaping its AML team overseas and is focusing heavily on legal aspects. However, the company’s victory in the UK is no guarantee that it will get thumbs up elsewhere due to the different legal systems.