Binance Coin could certainly topple the market value of leading traditional firms. The asset has recorded an incredible upsurge in value, and to speculate that it could continue in the same direction, resulting in a sky-high market cap that could outperform leading tech giants like Amazon and Apple is objectively valid.

However, the head of the Binance exchange and the Binance blockchain, which the BNB coin is built upon, is not predicting that the above will be the case. He is in fact totally certain that BNB knocking out either of both companies will become a reality in no time. 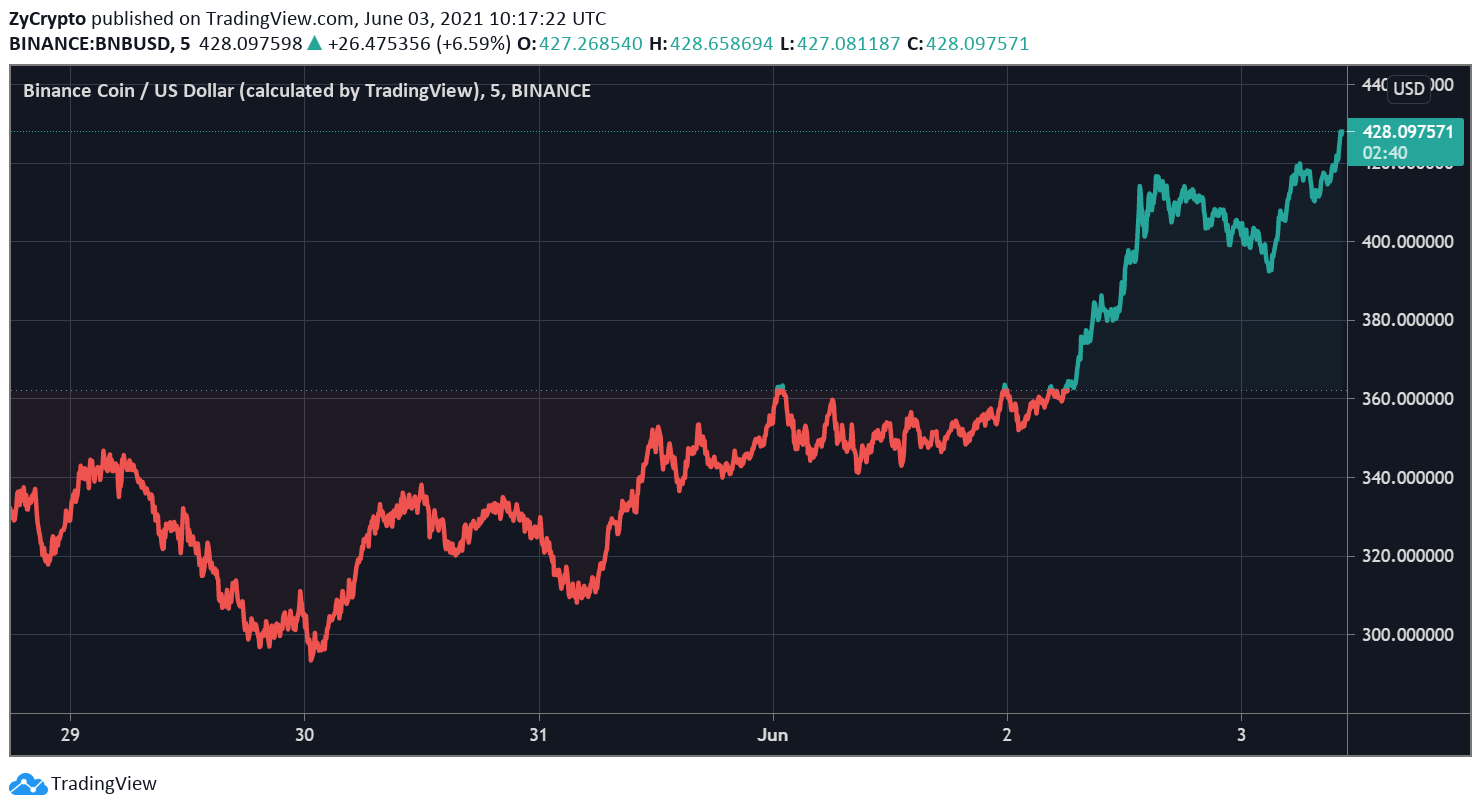 Popular Bitcoiner and Crypto YouTuber Davinci Jeremie caused the CEO to make the big reveal when he tweeted the following:

“I believe Binance coin BNB will be bigger than Apple or Amazon because it’s a stock, a crypto, and smart chain.”

CZ, although disagreeing that BNB is a stock, responded in affirmation to the other parts of Davinci’s tweets saying “Not a stock, but the other parts are spot on. Where we are going, we don’t need stocks.”

Looking at current market metrics, CZ’s assertion seems like a long shot. At press time, BNB’s market cap sits at $64.8 billion; an impressive value in the cryptocurrency market, but a massive difference from Apple and Amazon’s, both of which have a market cap of $2.09 Trillion and $1.63 Trillion respectively.

Digital currencies are taking over the global finance market

With Bitcoin being the only digital currency to hit a $1 trillion market cap, BNB bulls will need to work overtime in order to make CZ’s dream a reality.

Nonetheless, there is still reason for optimism. Historically, digital currencies have taken a shorter period of time to attain the market value that many traditional assets took eons to reach.

While Amazon and Apple took 24 years and 42 years respectively to hit a $1 trillion market value, it took Bitcoin only 12 years. In the same manner, other leading altcoins have unseated many leading traditional companies in market value, in a much shorter time.

Considering the increased level of adoption that BNB is enjoying, along with CZ’s influence on the market, as well as the success of other Binance related firms like the Binance Smart Chain, the asset just might have a chance at crossing $1 trillion in a few years time.

In another recent tweet in which the CEO shares his thoughts on the future performance of digital currencies against traditional assets, the cryptocurrency billionaire bullishly wrote: