The "unprecedented" Decree on the Development of Digital Economy, signed by President Alexander Lukashenko in December, officially came into force on March 28 in the Republic of Belarus. The document signals a new dawn for the country, facilitating any form of cryptocurrency-related activity, and according to the leader should make Belarus “a tech country".

The Cointelegraph editorial visited the post-Soviet country to conduct their own investigation and find out if everything is as it seems to be at first glance and dig into the real benefits of "free crypto-economics".

While global competition for qualified IT professionals grows evermore fierce, Belarus offers a number of benefits to attract professionals from around the world, in particular a major incentive stemming from tax breaks until January 1, 2023. This helps to ensure foreign capital flow and ultimately a better relationship with the West.

For the purpose of creating and supporting innovative startups in the country, the government created the High-Tech Park (HTP), which becomes the mecca of the first national cryptocurrency operators.

In the global community, the new economic zone has already been nicknamed the Belarusian version of Silicon Valley. The thing is that its residents, registered IT companies, can take advantage of unique opportunities and privileges for business development at an early stage. 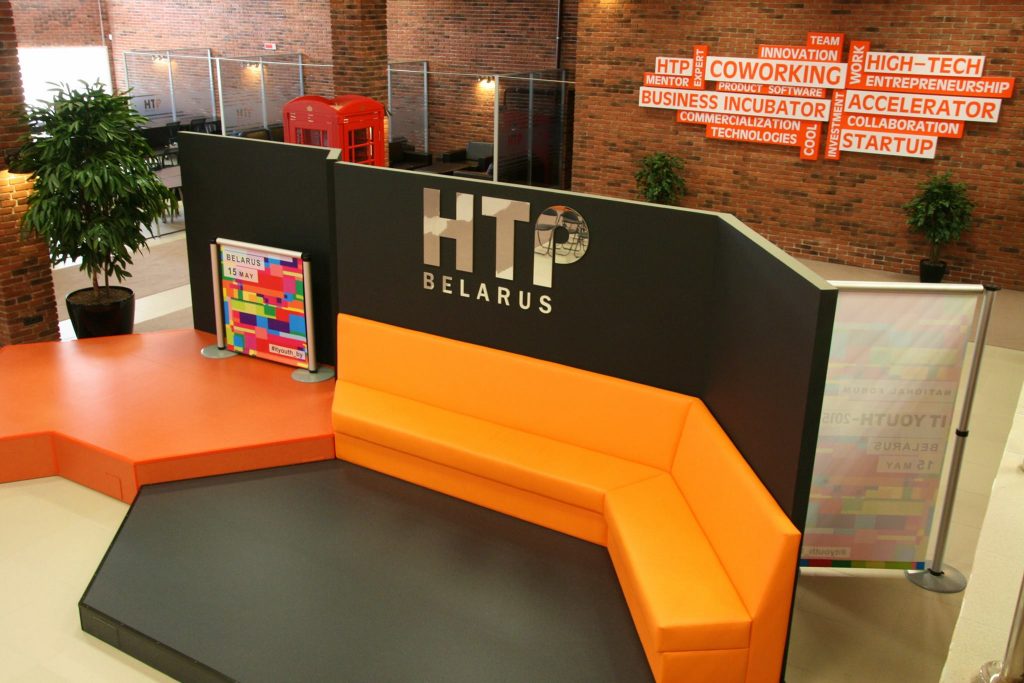 According to the innovative infrastructure's concept author, Vsevolod Yanchevsky, the tech park will become "one of the most comfortable places in the world for conducting IT business":

"The Decree, developed on behalf of the President of the country, really turns Belarus into one of the most comfortable places in the world for conducting IT business. Moreover, the powerful positive effect of the Decree will be felt not only by the IT sphere, but by the entire economy of the country. "

According to statistics by Belarusfeed, after the decree was signed, the number of HTP residents increased by 25 percent – in just a couple of months 88 companies received the status of residents.

Blockchaininvest.io reports about 90 percent of residents being offshore companies that have chosen to operate within the Belarusian economic zone for various reasons. These include free taxes, state support, low cost of full-time IT professionals, free attraction of foreign specialists and a simplified registration procedure.

The conditions offered to the residents of the park positively affect the development of the IT sector and the country's economy as a whole. From 2013 to 2016, Belarus has been the leader of the Google Code Jam with world giants such as World of Tanks, MSQRD, Viber, Maps.me, Prisma, Apalon Apps joining the number of projects released in HTP.

The President gives a green light to cryptocurrencies

Having assisted with the development of the IT sector, the administration decided to keep pace with more progressive countries and began the process of digitalization of the economy. Known for his strict policies, the President steps into the picture to ensure the uptake of progress in the country, which has historically never been “progressive”. The strength and priority of the Decree prevails over the existing laws and can operate under any conditions.

The Decree legalizes businesses based on Blockchain-technology, as well as any activity related to cryptocurrencies and digital tokens. Unlike in other countries, such as the US, China, Vietnam and Australia, that choose to place limitations, in Belarus mining and exchange operations are not treated as "business activities" and moreover, are not subject to being taxed. According to the Clause 2.2 of the Decree of the President, December 21, 2017, No 8:

“Natural persons are entitled to possess tokens and, having regard to specific features established by this Decree, to perform the following operations: mining, storing of tokens in virtual wallets, exchange of tokens for other tokens, their acquisition, alienation for Belarusian rubles, foreign currency, electronic money, and also to donate and bequeath tokens”.

In addition, declaration of income from cryptocurrency operations is optional until January 1, 2023. This is as good a gift for the cryptocurrency community as any. 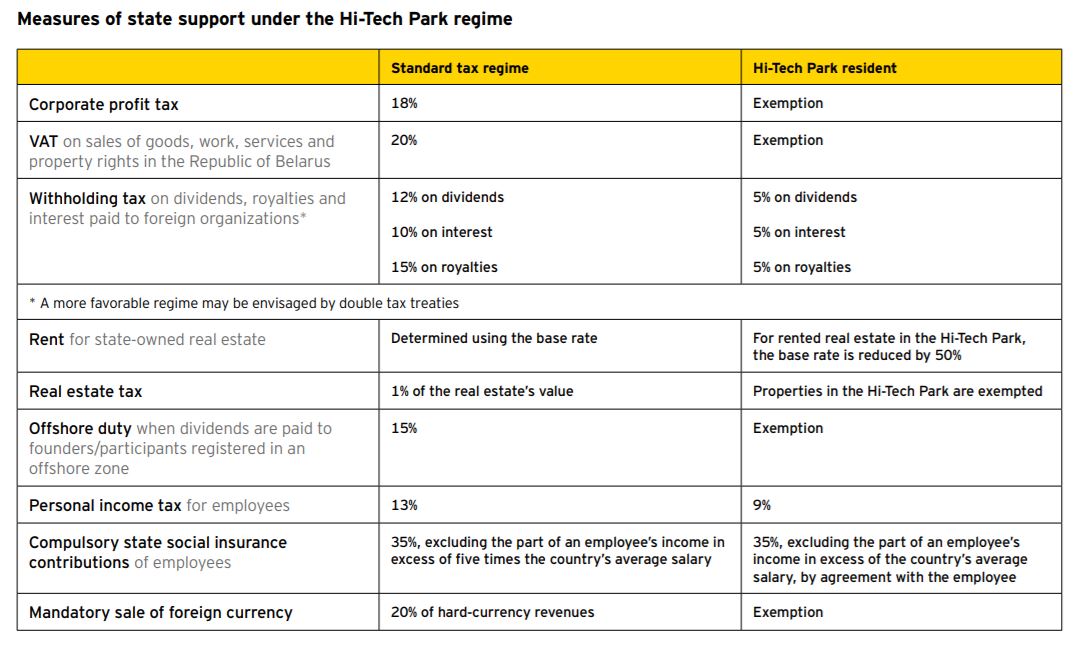 Individual privileges are granted to organizations that are part of the HTP. They are exempt from value added tax (VAT), income tax (corporate tax) and other types of tax. Only 1 percent of the turnover is a subject of taxation.

Among other advantages are a simplified procedure for the resident registration with only two documents required for joining the HTP (business plan and foundation agreement), visa-free entrance to the country for foreign IT professionals for up to 180 days per year, permission to make transactions and sign international contracts distantly.

Belarus is one of the first country to provide detailed regulation of digital tokens, cryptocurrencies, ICOs, activity of cryptocurrency exchanges, and what is the most unprecedented – “a smart contract is declared to have a status of fully official document” – states Ilya Orlov, TravelChain CEO. “Many ICO-related projects are attracted by new perspectives, though do not hurry to make any steps forward.”

The privileges opened by the Decree may seen really attractive for those who have already finished their ICO or just thinking about its launch. To conduct a full-fledged token sale, the company either must be registered on the territory of the Republic of Belarus and, accordingly, have an account with a Belarusian bank, or act through HTP operators, the so-called official cryptocurrency platforms. For example, the cryptocurrency exchange Exrate.by is announced to become one of such first “national” platforms.

All operations involving cryptocurrencies, including the reception and distribution of investments will also go through specialized exchangers linked to bank accounts. In the event that a foreign company conducts an ICO through an HTP resident, the latter can transfer capital to the customer through so-called "royalties".

The main problem that exists is the question of how world banks would comply with international requirements for combating money laundering and financing of terrorist activities. Despite the fact that Resolution of the National Bank of Belarus No 62, adopted on Feb. 15, provides for the criteria for determining a suspicious transaction, these corrections are still pending, with the Decree waiting to be amended.

According to the document, suspicious financial operations can be considered those in the amount close to or exceeding 1,000 units (approximately $13,000) associated with the acquisition or alienation of tokens for fiat money if there is no source of funds or in case of money received from non-residents without the participation of the resident of the HTP.

Identification of such transactions, performed with the use of bank payment cards by means of remote banking systems or the global computer network of the Internet and mobile communications, should be carried out at the next stage of control, which is also not available yet.

The state of affairs between the cryptocurrency and legal entities remains extremely complicated. Despite the welcoming Decree, the current reality is that Belarusian banks do not have the infrastructure to handle cryptocurrencies. This is problematic as organizations are forced to seek banks in the jurisdiction of other countries that already accept cryptocurrencies.

Ilya Salei, senior lawyer at Borovtsov & Salei, a member of the Advisory Council of the Association of Belarus assisting in joining the HTP, said Cointelegraph:

"There is no practice of applying these standards, as virtually no one in the territory of the Republic of Belarus has yet been engaged in the exchange of cryptocurrency or the conduct of so-called ICO."

It is still unclear how the fulfillment of obligations to investors will be regulated. The same can be told about the procedure of ICO authorization and audit of cryptocurrency balances.

Another dispute is caused by legal, at first glance, cryptocurrency payments. Despite the fact that the Decree fully allows the use of cryptocurrencies and tokens, they "can not be a means of payment." This means that individuals will be able to make exchanges with each other. For organizations, the state of things will not change – the provision of services and the sale of goods in the territory of the Republic of Belarus can be made only in Belarusian rubles.

Despite this, many entrepreneurs may choose to accept only 1 percent of the funds they receive in fiat money, while collecting the remaining 99 percent in the form of cryptocurrency.

According to the interactive map of Coinmap, there are about 20 merchants accepting Bitcoin in Belarus. Basically these are cafes and small shops. Despite the primary legalization of the cryptocurrency industry in Belarus, the free circulation of cryptocurrencies can be carried out only within the framework of HTP. Scale full-fledged payments according to the authorities will become possible only after a successful experiment in limited conditions.

The government and financial structures of Belarus have high hopes for the Decree, which can turn the country into a paradise for foreign Blockchain startups, provide capital inflows and reduce the outflow of IT minds.

The startups-residents of HTP expect to replenish their ranks by 25 to 50 percent by 2020, while the profit of the accelerator itself is projected to increase to $ 1.4 bln.

Despite the fact that international experts consider Belarus more favourable in terms of tax-free privileges, many projects that have already passed the way of tokenization or just those planning ICO are still concerned about the HTP. Moreover, within three months from the entry into force of the Decree, the National Bank of the Republic of Belarus can develop a regulatory and legal framework for additional regulation of the industry, which can contain significant edits.

“In general, it's too early to speak about the revolution. The very term – revolution, implies the spontaneity of what is happening. In the context of the digital economy decree, we are talking about evolution. All participants in the cryptocurrency community need to be patient and make efforts to make this market evolve."

The Hi-Tech Park and the government of Belarus tried their best to create friendly conditions for all the parties of the cryptocurrency market. It's not a secret that the leaders of opinions and the authors of the Decree are under great pressure – the views of the whole world are directed at them. Conducting experiments on the scale of the whole country is a big responsibility.

The issue of regulating cryptocurrency should be solved at the interstate level, relying on unified state standards. The international legislative norms have a chance to become a basis for integration of the cryptocurrency into the existing banking system.

Earlier, the Organization for Economic Development and Cooperation called on the Central Banks of the G20 countries to work out a common approach to regulating cryptocurrencies. Until then, documents like the above mentioned decree is rather an effective political PR campaign in the international arena.