As altcoin season presses on, it’s beginning to look a lot like 2017 again.

Of course, things are much different now: the ‘wild west’ days of crypto are (almost) certifiably over. Nowadays, there are more regulations, better community standards, and an investing public that is much savvier and less willing to throw money at projects that have simply tacked ‘blockchain’ onto the end of their names.

Still, though, the kinds of gains that have taken place in the prices of a number of altcoins over the past several weeks and months haven’t been seen on such a widespread scale since the golden days of nearly three years ago.

For weeks, much of the token price hype seemed to be centered around LINK, the native asset of the Chainlink cross-chain oracle network.

More recently, however, the public eye seems to have turned to another cross-chain oracle network token: BAND, of the aptly named Band Protocol. 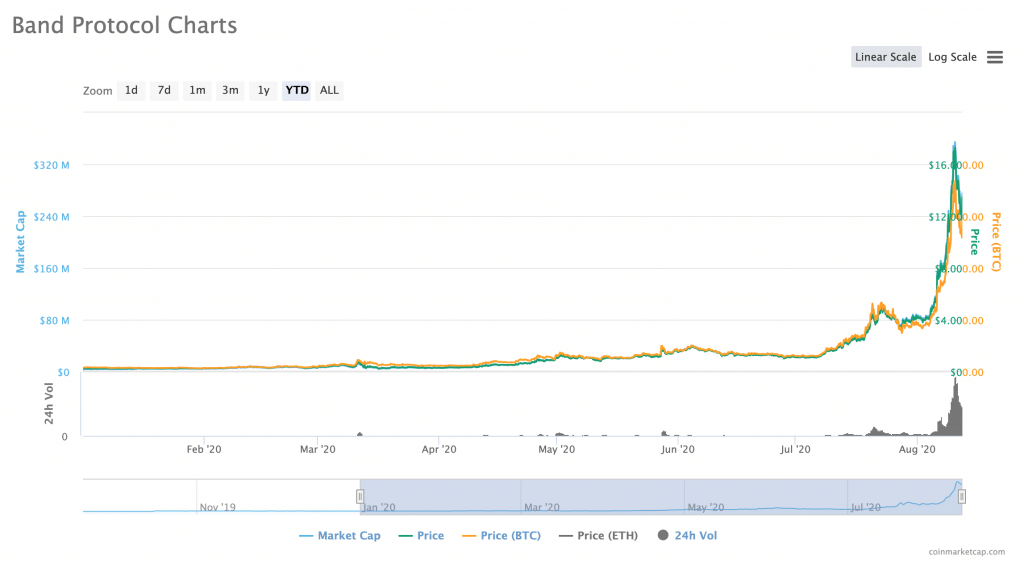 BAND’s relative price growth so far this year even surpassed LINK’s, which has seen a 659.551% increase since January 1st.

The market cap of both of these projects has risen significantly since the beginning of this year, albeit on quite a different scale.

In other words, the Band Protocol’s market cap is only a fraction of the size of its competitor’s; however, relatively speaking, the project seems to be growing at a faster rate than Chainlink.

Despite the momentum, $BAND remains priced significantly lower than $LINK.

This large valuation gap can in part be explained by the fact that Chainlink is fully operational with a significant future integration pipeline.

But is BAND undervalued, overvalued, or fairly priced? pic.twitter.com/ZTKuRfCNGY

The Band Protocol’s function and purpose

Indeed, last week, Chainlink rose over 300% over a matter of several days.

This most recent push appears to have taken place as the result of a series of announcements regarding new listings and integrations across several important platforms. For example, on August 9, BAND was listed on Houbi. Several days prior to that, BAND had been listed on Coinbase.

Additionally, last week, the Band Protocol announced that it had entered into a partnership with Ubik Capital, which has been described as the ICON network’s “fourth-largest public representative.”

Blockchain analytics firm Messari noted on Twitter that “BAND has recently taken a page straight out of the LINK handbook with a slew of partnership and integration announcements, including a Coinbase Pro listing.”

$BAND has recently taken a page straight out of the $LINK handbook with a slew of partnership and integration announcements, including a Coinbase Pro listing.

Up over 32x on the year, its relative valuation play and anchor to LINK has worked so far. pic.twitter.com/oC3cGaHRu0

But what does the Band Protocol actually do?

According to its website, the Band Protocol “aggregates and connects real-world data and APIs to smart contracts”: in other words, it acts as a point of access to reliable data sources that exists outside of the blockchain world. The Band Protocol is decentralized, so there aren’t any central points of failure.

So, for example, the Band Protocol could be used to provide data (including sports results, lottery numbers, etc) to a betting dApp that was built on the Ethereum blockchain; it could also be used to provide token price data to a decentralized trading dApp.

The project has been backed by Binance, Sequoia Capital, and many others, and the network is currently being actively developed-with and used.

Are DeFi tokens overvalued at the moment?

As many DeFi-based tokens have continued to increase in value over the past several weeks and months, it has been argued that some of these tokens, including BAND, are somewhat overvalued.

In other words, some analysts believe that some of these DeFi tokens are increasing in value based on speculation from external investors, rather than based on increased internal usage from token holders that actually take part in the ecosystem.

Indeed, Deniz Omer, head of ecosystem growth at Kyber Network, told Finance Magnates in a recent interview that currently, “the ratio of speculative value is increasing compared to the fundamental value” in the DeFi ecosystem. 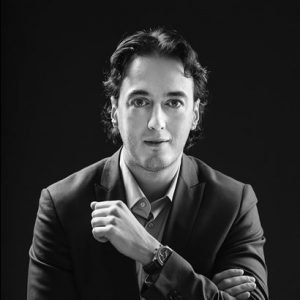 “It’s not that these products are not amazing–they are super amazing…but when I see a several-thousand-dollar valuation for some kind of governance token, I’m not sure the capture mechanism allows for so much value to go up.”

In other words, “I think it’s short-term, basically,” Deniz continued. “…There should be a rebalancing and a correction at some point, especially if more people join in.”

Therefore, it can be argued that in the short term, BAND is the latest example of a token in the DeFi space taking off “to the moon” based on investors that exist outside of a project’s network; in other words, token holders who don’t actually use the protocols that their tokens belong to in a practical way.

Still, though, the fundamental value of the platform seems to be growing with each additional partnership, integration, and listing it gains.

Blockchain oracle data providers are in the spotlight in 2020

Some of BAND’s price rise, as well as LINK’s, could also have been fueled by an increased amount of attention on the blockchain oracle space as a whole.

Indeed, Messari noted in a tweet that “In addition to BAND’s momentum, oracle tokens in general have already been assigned the highest market caps of any cryptoasset sector and are some of the top-performing assets this year.”

In addition to BAND's momentum, oracle tokens in general have already been assigned the highest market caps of any cryptoasset sector and are some of the top performing assets this year. pic.twitter.com/G2M5prokBX

The increased focus on blockchain oracies could be a run-off effect from the expansion of the DeFi ecosystem as a whole.

After all, 2020 has been a big year for DeFi: a number of new products, platforms, and concepts are either already live or are being developed on decentralized networks like Ethereum. These include stablecoins, yield farming, ‘synthetic’ bitcoin (WBTC), decentralized exchange (DEX) platforms, and more.

However, in order for any of these platforms to function correctly, they need to fetch market data from various websites and blockchain networks. This is why oracles like the Band Protocol and Chainlink are so important: smart contracts use them to obtain the data necessary to run DeFi platforms.

And there is plenty of evidence to suggest that DeFi is growing: in addition to the new products and platforms, the amount of capital that’s ‘locked’ in the DeFi ecosystem as a whole has grown exponentially since the beginning of this year.

Specifically, data from DeFi Pulse shows that on January 1st, 2020, the amount of money in DeFi platforms was $680 million. Today, that figure has increased to $4.61 billion.

Do you think that the DeFi ecosystem is poised to continue its growth? Will tokens like BAND and LINK continue to grow alongside it? Let us know in the comments below.

Inside the blockchain developer’s mind: The upgradeability crisis
We and our partners use cookies on this site to improve our service, perform analytics, personalize advertising, measure advertising performance, and remember website preferences.Ok