Law enforcement officials from around the world hav taken action against a major transnational money laundering operation involving cryptocurrency.

On Oct. 15, Europol announced a successful operation across 16 countries that resulted in the arrest of 20 individuals suspected of working for the QQAAZZ criminal network.

The organization is accused of laundering tens of millions of euros for top cybercriminals since 2016. The funds are allegedly transferred through international bank accounts, shell companies based in Poland and Bulgaria, and via cryptocurrency mixing services.

Around 40 homes were searched across the United Kingdom, Spain, Italy, Latvia, and Bulgaria as part of “Operation 2BaGoldMule,” with arrests made in Australia, the U.S, the U.K, Portugal, Spain, Latvia, and Poland. 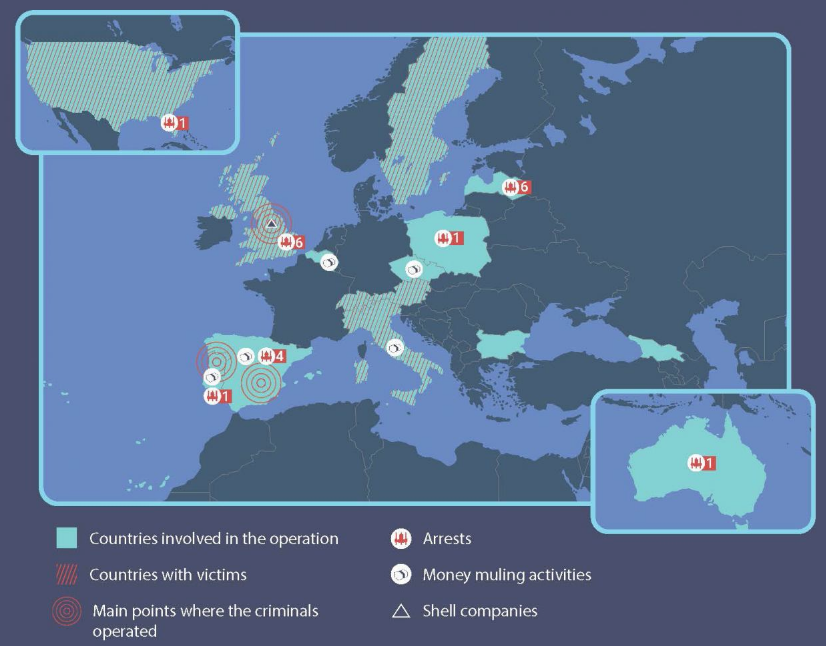 On the same day, a 40-year-old man was arrested in New Zealand for using cryptocurrency to launder more than $2 million for criminals. The man also laundered funds by purchasing luxury vehicles, including a Lamborghini and Mercedes G63.

The Auckland resident is now facing 30 charges, including allegations of obtaining $1 million in credit from a bank using deception. Six other New Zealanders were arrested in a series of raids and asset seizures across the country the previous day.

Oct. 15 also saw the U.S. Department of Justice unseal a superseding indictment charging six individuals for their participation in a conspiracy to “launder millions of dollars of drug proceeds on behalf of foreign cartels.”

The indictment alleges the individuals used casinos, front companies, cash smuggling, and bank accounts to launder money on behalf of drug syndicates. One suspect is also accused of planning to bribe a United States Department of State official using cryptocurrency, hoping the official would create fraudulent U.S. passports for him and his associates.