There have been big changes at ITI Capital in recent months. ITI Group acquired and merged Walbrook Capital Markets and Uralsib Securities to create ITI Capital in the latter stages of 2017.

Since then the firm has brought in new personnel and shifted its business strategy. Finance Magnates spoke with recently appointed CEO Tom Hayden this week to discuss the firm’s plans for the future.

Hayden is not the only newcomer to ITI Capital. Since joining as CEO in October of last year, he has overseen a host of new executives joining the firm. To name just two, Richard McCall, formerly CEO of Sun Trading, has joined as Chief Operating Officer and Stephen Farrell, the former Head of the Equity Trading Desk at Liquidnet, is now ITI’s Director of Institutional Equity Sales and Trading.

The reshift in personnel reflects a broader change in business strategy. ITI is owned by Davinci Capital, an investment manager that focuses its efforts on FinTech firms.

“We’re looking to grow through acquisitions and new business lines,” said Hayden, “and while we forge ahead with those plans, we’ll have one eye on technology and look at what new services we can provide.”

Demonstrating its commitment to those plans, ITI has just signed a deal with Torstone. The partnership will see Torstone supporting ITI by providing it with post-trade services.

While new personnel and a FinTech partnership are certainly positive moves, there is still work to do for ITI. The company’s most recent financial report, which admittedly reflects poorly on the company’s past owners rather than its current ones, shows it lost £5.04 million ($6.77 million) after tax last year. 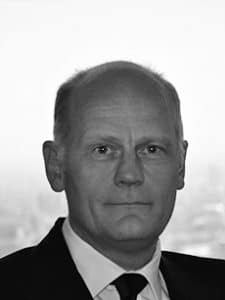 How do you turn around those sorts of numbers? According to Hayden, the company has a number of plans in store that should help to rectify the situation. For starters, the firm will be providing prime brokerage services to institutional clients. Davinci Capital’s connections to Russian and Eurasian markets also offer the firm an avenue of pursuit.

“Access to the Russian markets for institutions and for sophisticated trading firms is an expected direction of travel for us” said Hayden, noting that demand for ITI’s services was strong in the region.

The acquisition of Uralsib will help with these efforts. The UK-based broker-dealer has traditionally provided global clients with access to emerging markets and access to global markets for Russian and Eurasian clients.

With existing connections in the region, ITI will be targeting money managers and high net worth individuals as well.

“There’s a big demand from those clients to trade in western Europe,” said Hayden – one that ITI hopes to satisfy.