The price of bitcoin and a number of digital assets have been consolidating this week, after a number of crypto markets dropped over 25% the week prior. The entire crypto-economy is hovering just below the $1 trillion mark at $987 billion, gaining 1.3% during the last 24 hours.

A good number of crypto-asset markets have been meandering about in a state of consolidation, while a few tokens have seen significant gains in recent days. At the time of publication, bitcoin (BTC) has been exchanging hands for $36,400 per unit with an overall market valuation of around $677 billion. BTC’s market cap gives the crypto asset a 66% dominance rating in comparison to all the alternative digital currency valuations in existence. At the current price BTC is up 4% during the last seven days, 54% for the 30-day span, 209% during the last three months, and 324% over 12 months. Ethereum (ETH) is trading for $1,236 per ether and holds a market valuation of around $141 billion today. ETH traders are still in the green with a gain of 15% during the week, 90% for the month, 239% for the 90-day span, and over 651% during the last year. The stablecoin tether (USDT) holds the third-largest market cap today, but below the tether market is the digital asset polkadot (DOT).

Polkadot now holds the fourth largest market cap today as each token swaps for $17 per unit. Below the DOT market cap is XRP which is currently trading for $0.28 per coin. XRP is down less than a percentage for the week but also down over 50% during the 30-day span. Cardano (ADA) follows XRP, and each ADA token is trading for $0.37 per unit. ADA has performed considerably well in recent weeks gathering 36% this week. Over the month ADA prices have improved by 108% and 266% during the 90-day span. Litecoin (LTC) is currently trading for $148 per coin and the crypto asset is up over 9% during the seven-day span. Bitcoin cash (BCH) is swapping for $492 per unit at the time of publication jumping over 5% this week. BCH has an overall market cap of around $9.19 billion and has gained 58% in the last 30 days.

While the price of a great number of crypto assets dropped last week, mainstream pundits said that the crypto economy was headed for a bear market. However, crypto analysts disagree with the bear market assessment and BTC’s recovery last week highlighted that things are still very bullish. “Instead of a tumultuous week with talks of crashes and bubbles, last week was relatively steady for bitcoin for the most part,” Etoro’s Simon Peters explained in a note to investors. “Starting at just $30,000, bitcoin rose to $40,000 on Thursday, before dipping again over the weekend. It currently sits at $36,389,” the market analyst added.

Whilst some commentators have pointed out that, from a technical standpoint, we are currently in a bear market, I don’t personally ascribe to that view. This level of volatility is no different from what we have seen in previous bull runs, but because bitcoin is at such a substantial price, the fluctuations in dollar terms appear much more significant. In percentage terms, they are not. The backdrop for bitcoin remains supportive and so, to myself and to many in the community, it was not a surprise to see bitcoin recover relatively easily last week from its setback. Meanwhile, one analyst said that BTC has a few days of consolidation and in the interim altcoins will probably see some action. “Three days until bitcoin reaches any ‘relevant’ apex – this means three more days of having fun with altcoins,” Teddy Cleps said to his 51,000 Twitter followers on Saturday.

The CTO at Glassnode explained to his Twitter followers that a large amount of BTC is being sent to “accumulation addresses.”

“2.7 million BTC are held in accumulation addresses– that’s an increase of 17% in the past year,” the Glassnode CTO, Rafael Schultze-Kraft, recently tweeted. “These are addresses that have received at least 2 incoming transactions and have never spend funds. Miner and exchange addresses are excluded,” the researcher added. 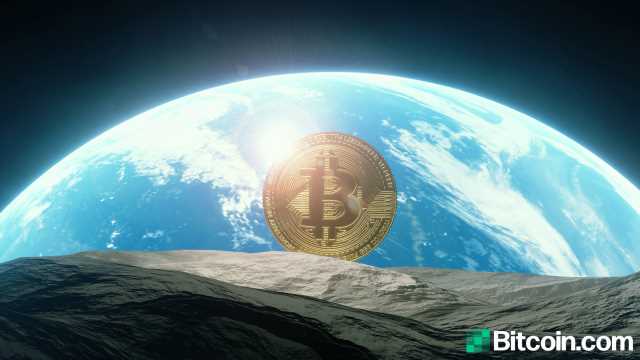