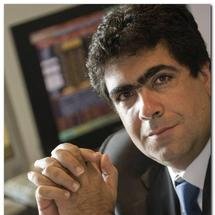 After about four years with LCG, Charles Henri Sabet is stepping down from the Board of Directors of the company. He has been actively involved in the management of the firm since GLIO Holdings acquired a majority stake back in 2014 via a debt-to-equity swap.

The move comes as the company continues to hemorrhage cash after it posted an annual statutory loss of £3 million. Sabet is replaced by Mukid Chowdhury, who has been promoted to CEO of the company effective immediately. He has become the CEO of a new LCG subsidiary late last year.

According to an official statement released by LCG, Henri-Sabet has resigned to focus on other business interests.

Commenting on the 2017 metrics of the company, the newly appointed CEO, Mukid Chowdhury, said: “The progress made by LCG during 2017 demonstrates the continued improvements achieved across all facets of the business, from our marketing and branding initiatives through to a focus on first class customer service and the innovations introduced to the trading platform.”

“As changes being proposed by the European regulator continue to bring uncertainty to the industry, LCG remains fully supportive of the initiatives to ensure that client outcomes are improved and protected at all times. We are committed to ensuring that the LCG continues to operate to the highest regulatory standards and that LCG is well positioned to continue the strong growth in both client acquisition and revenue capture demonstrated thus far.”

The company’s financial results for 2017 show that LCG managed to increase revenues by 14 percent. The statutory loss declined from £7.7 million to £3 million, while Earnings Before Interest, Taxes, Depreciation, and Amortization (EBITDA) totaled to about £1.9 million.

New accounts opened at LCG increased by 9 percent when compared to the previous year, while funded accounts increased by 44 percent. The company marked a total of £25 billion of trading volumes per month throughout 2017.

Mukid has become part of London Capital Group Limited in May 2016, when he was appointed as CFO. With solid experience in the financial industry after having worked for JP Morgan Chase and ING Bank, he joined the retail brokerage sector.