An apparent sideways trend has been driving bitcoin’s price in spite of volatility that naturally follows the downward spikes and breach of supposed levels after the rally. The current market sentiment has moved a step away from being increasingly bearish but support levels have not been established yet. 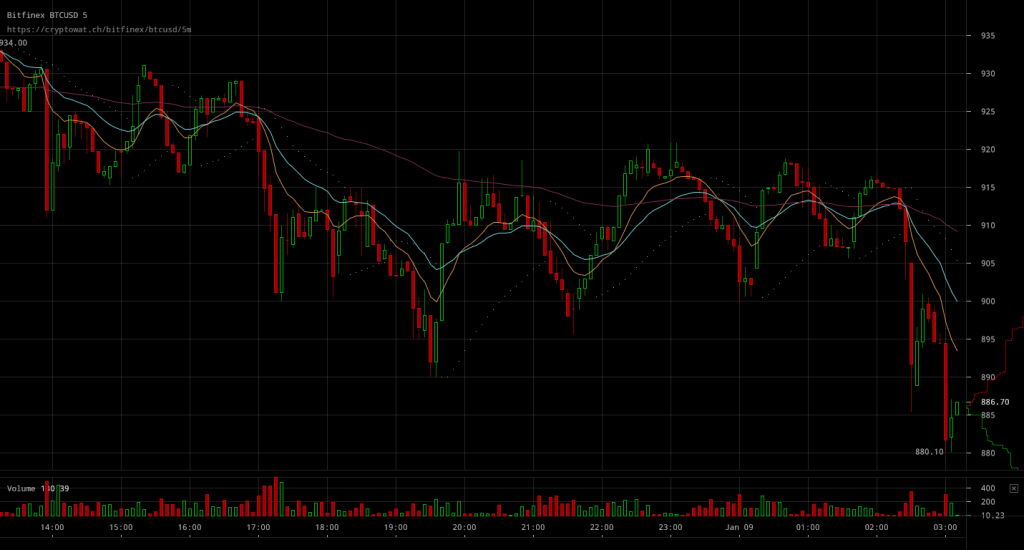 Bitfinex BTC/USD charts are indicative of the divide in the market. While resistance is strong at levels above $900 the price has climbed above this level several times throughout the day. While a price rise would seem unlikely with such resistance and amid the current market sentiment many traders are certainly counting on an end to the decline.

However, even after several ups and downs the market can’t seem to decide upon a certain pattern. The most recent drop pushed BTC/USD down to levels lower than all the previous downward spikes that had been recovered from. This is indicative that selling pressure isn’t backing down and several traders feel the need to try their hands in profit taking even after the rally. 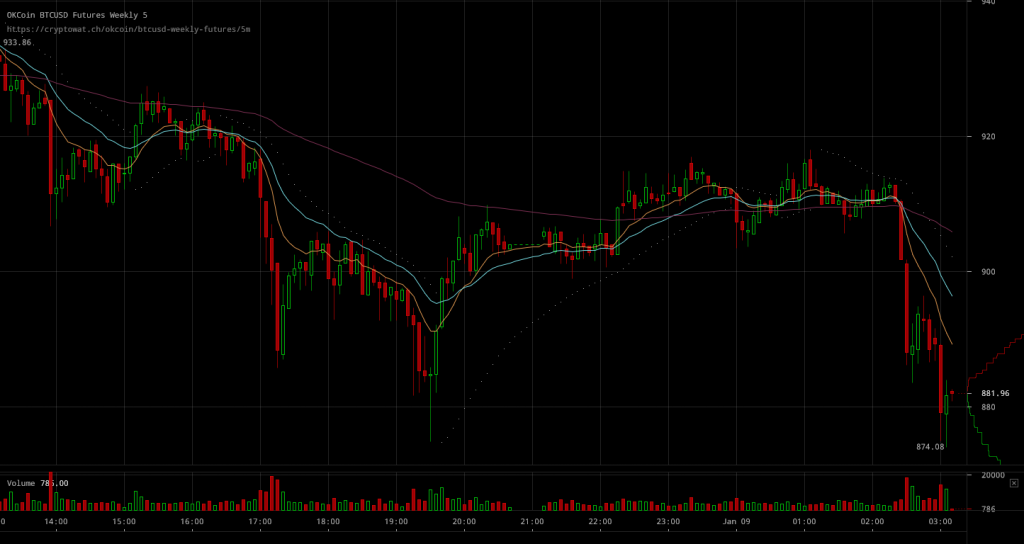 As seen in the above OKCoin BTC/USD weekly futures chart, while futures traders weren’t amused by the volatility of live markets, the more recent downward spike appears to have received an exaggerated follow up. This points to the harsh reality that many traders aren’t confident that the decline in bitcoin’s price would stop soon.

All in all, the market’s sentiment might have gotten away from the overly bearish mood when the price couldn’t stop falling but BTC/USD markets have certainly not shaken off the negativity.