Cryptocurrency markets are as unpredictable as the weather and equally turbulent. Just as the Bitcoin community was lamenting its lack of volatility and spot trading levels dropped to a yearly low on exchanges, BTC suddenly woke up, blasting past $11,300 on our own platform on Monday night and registering a 20% increase in the last seven days. Great news for the Bitcoin bulls; an avalanche of liquidations for the bears. So what jolted Bitcoin out of its slumber and what’s going to happen next? Let’s take a look.

A Surge in Demand for Alts

With major rises in altcoins in recent weeks, many analysts have been speculating over whether ‘Alt Season’ has finally arrived. Major coins like LINK jumped by 95% in one week and DOGE doubled its value in a couple of days on the back of a viral TikTok video. With Bitcoin languishing in a boring sideways trading range for two months, traders were clearly turning their interest elsewhere.

The boom in DeFi has been on everyone’s lips with the space growing exponentially in 2020. The cumulative value of 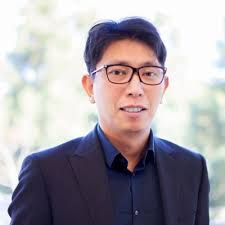 tokens locked in DeFi applications soared past $3.7 billion as of July 29. Stellar growth considering it only reached its first $1 billion in February of this year. This has led to major speculation, gains around DeFi tokens… and, perhaps, just a little too much hype.

As many of the major DeFi tokens including Chainlink, Kyber Network, Compound, and Aave register corrections this week, it seems as if traders are taking the gains made in alts and placing them back into Bitcoin creating strong capital flows for the number-one cryptocurrency. The downward trend in most major altcoins’ performance in the last 48 hours would certainly seem to reinforce this.

Oftentimes when analyzing Bitcoin and the direction it may go in, we can take clues from past data. This latest Bitcoin rally looks a lot like that of 2019. In fact, the last time that Bitcoin volatility had been so flat and was locked in a stubborn trading range was in April 2019–just before making a huge breakout.

In April 2019, BTC traded between $4,800 and $5,300 before finally breaking out and reaching over $13,000 by July of 2019. This time around, though, with the huge momentum from DeFi, the rising threat of fiat inflation, and more vast amounts of QE to come, it seems like this rally could be longer-lived than that of 2019. That’s to say, the cryptocurrency bull market may be finally back on track.

A Run on Gold

Bitcoin’s explosive rally comes at the same time as gold hit its highest price since 2011 and registered a new all-time record. On Monday, gold reached $1,944 per ounce, beating its 2011 performance and posting year to date gains of 27%. Silver also gave an impressive performance as it climbed another 6% and beat last week’s seven-year high at $24.21 an ounce.

As investors around the world are concerned about the economic recovery and the risk associated with the equity markets, it’s no surprise that they are flocking to traditional save haven assets. And now it seems that Bitcoin’s narrative as digital gold is proving its worth once again as it decouples from the stock market and shines as a hard asset.

It’s also worth noting that Bitcoin’s latest rally has eclipsed that of gold even if it hasn’t hit a new all-time high yet. Bitcoin remains the best performing asset of the decade and is currently registering year to date gains of over 55%.

A Drop in the Dollar

Bitcoin’s epic breakout appears to have been further fueled by a near two-year-low drop in the dollar. As the dollar’s purchasing power begins to slide amid plans for further inflation of the money supply, prices are rising. And people are starting to notice. At the same time, on Monday, BTC made its biggest gain for almost three months before the global selloff in March.

If anyone could answer that question with certainty, they would be very rich indeed especially given the nature of the economic firestorm swirling around us caused by tensions between global superpowers, a grueling economic outlook, and a pandemic spinning out of control.

It’s entirely possible that all markets will suffer yet another blow depending on the severity of the “second wave” or the viability of a vaccine. It’s also possible that this new Bitcoin bull market has real legs and we retest 2017 all-time highs or even blast through them.

The signs are certainly encouraging. BTC has recovered all by itself with no stimulus package from anyone as fiat currencies flounder after trillions of dollars of additional liquidity.

‘This Ad Is S***’: Bitcoiners on Grayscale’s New TV Spot
We and our partners use cookies on this site to improve our service, perform analytics, personalize advertising, measure advertising performance, and remember website preferences.Ok