Tyler Hobbs, the artist behind the popular generative nonfungible token (NFT) series “Fidenza,” has slammed a Solana-based project for utilizing his code to produce knock-off artworks without his approval.

The “Fidenza” series is a curated drop of 999 NFTs on Art Blocks, an Ethereum-based platform that creates and hosts tokenized computer-generated artworks. Hobbs wrote code that generates unique art pieces, using the randomized transaction hash of the buyer’s transaction as input. 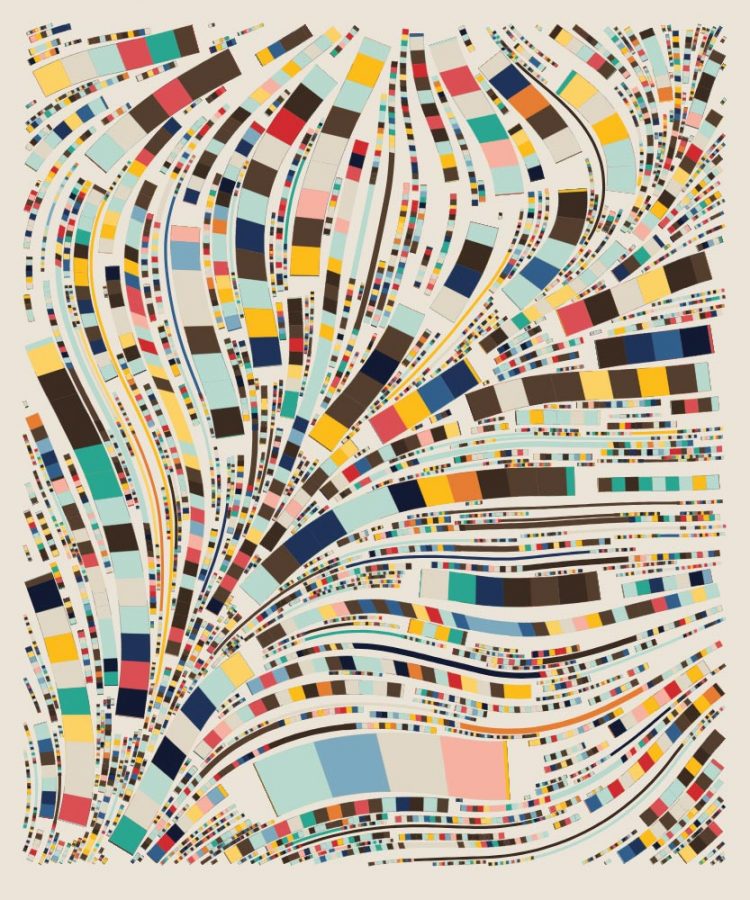 Hobbs sold the 999 works originally for $400,000 and has since made more than $4 million in commissions as they were sold on.

Now his code has been used without his permission to generate art for an NFT project called “SolBlocks.” Hobbs fired a salvo at the team after it had announced a tokenized art drop using his code on Wednesday.

While SolBlocks emphasized that the NFTs would not be copies of the “Fidenza” collection, Hobbs took aim at the project for using his computer program without permission:

“Not only is this distasteful as hell, it’s also unauthorized commercial usage of my program. I’m asking you to stop, please.”

SolBlocks released some sample artworks from Hobbs’ code that look very similar to the “Fidenza” collection, and while they are not direct copies, the value is inherent in the code, which generates the colorful art pieces.

In response to the disgruntled artist, SolBlocks emphasized that it wasn’t copying his art. Instead of agreeing to cancel the collection, they offered to share the proceeds of the sales with him.

“They are definitely not copies. They are new, everyone has said it –new hashes = new outputs. We’re not saying we’re not pirates of Hobbs’ code. But at least we’re honest pirates. We’ve officially decided to share a portion of all proceeds with artists whose code we utilize,” SolBlocks said.

From computer science to Fidenza NFTs

Cointelegraph Magazine spoke to Hobbs before this latest incident unfolded, and he was clearly prepared for something like this to occur at some stage, given that his code is available on the blockchain.

The 34-year-old computer scientist turned millionaire NFT artist said that while it is “interesting for people to be able to explore that algorithm” his vision for “Fidenza” is now complete with the capped number of 999 NFTs.

“I think the 999 is sort of the perfect test run of the algorithm and captures everything that I could have wanted it to capture,” he said, adding that he likes that there is “a clear start and a clear finish.”

“He is unconcerned about fakes due to the unfalsifiable nature of blockchain provenance but acknowledges that someone could sell them as unofficial Fidenzas. While he is unable to ascertain the legality of doing so, he finds the thought of others co-opting the program for profit as unethical and disrespectful.”

Copycat NFT collections appear to be an issue regardless of which blockchain is utilized. The beloved CryptoPunks project has a long list of replicated collectibles such as CryptoPhunks, DystoPunks, Zunks, HD Punks and Bastard Gan Punks to name a few. There are also CryptoPunks on Solana called SolPunks… and even they have a problem with clones, too.