On Nov. 17, the BTC price rallied to $17,858 after a highvolume surge pushed the price cleanly through the $17,100 to $17,300 range that many analysts believed would be a strong resistance level.

According to Decentrader co-founder Filbfilb, Bitcoin’s price could continue to march higher in the short term if key underlying supports hold. 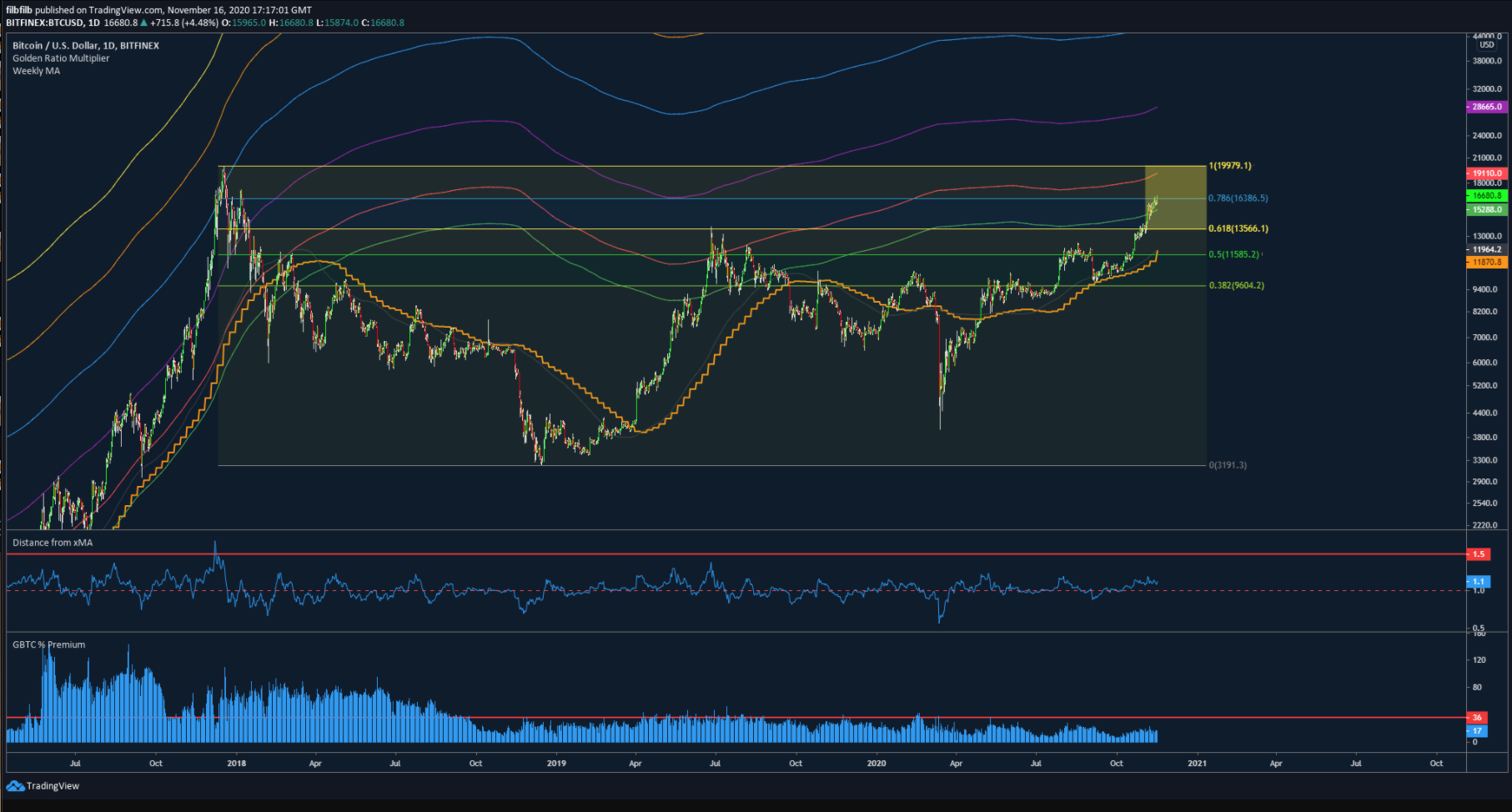 The popular analyst tweeted the above chart and said:

“The current PA could still very easily result in a blow-off towards the Golden Ratio Multiplier, currently at 19K.” 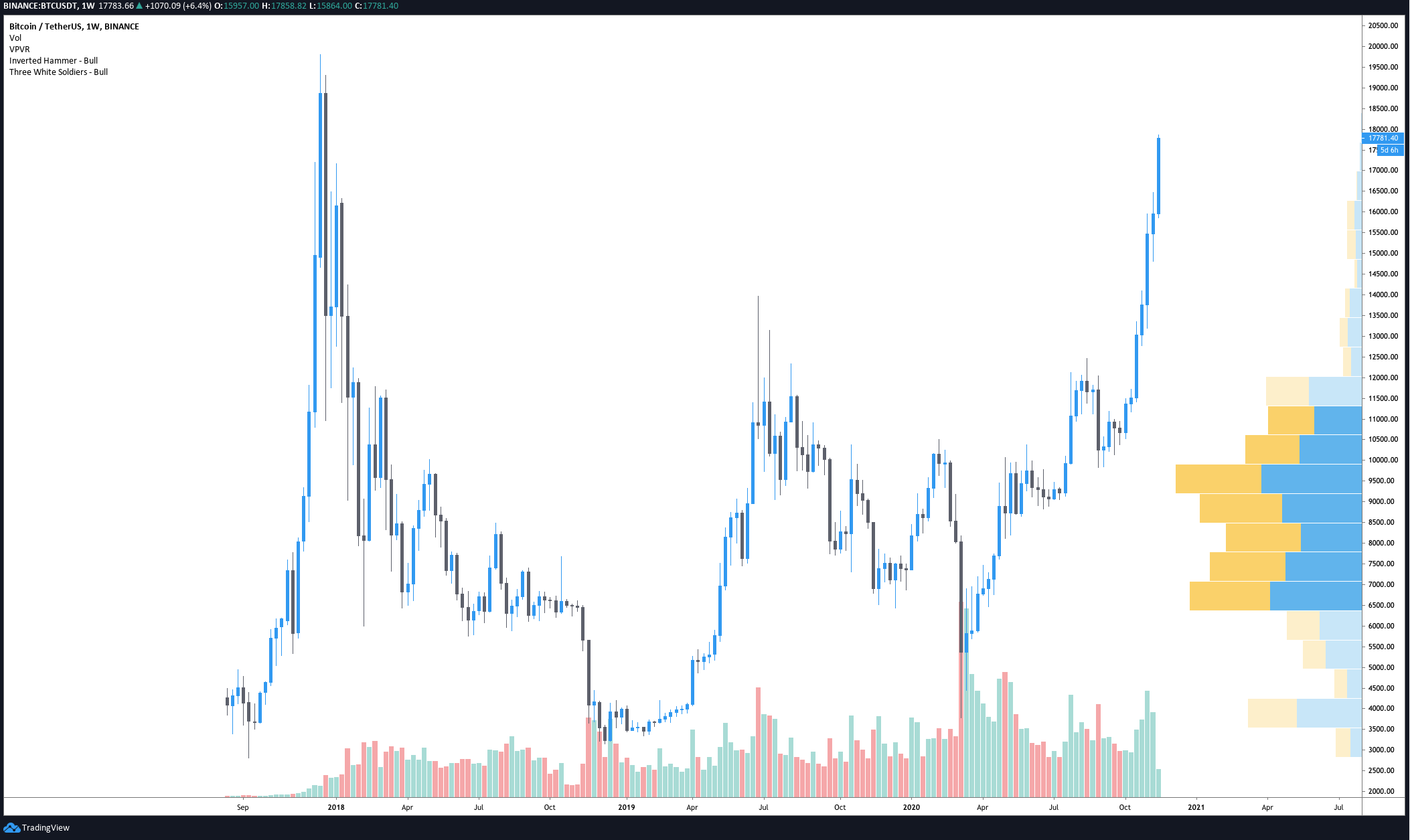 As shown on the weekly chart, Bitcoin is just a hair away from snatching the $19,763 all-time high reached on December 2017, and on multiple timeframes, the volume profile visible range (VPVR) shows there is little resistance above $17,000.

Analysts were expecting the price to briefly consolidate in the $17,500 to $17,700 range as some traders took profits, but bulls appear intent upon pushing BTC higher. To date, Bitcoin has rallied 13.06% since breaking through the $16,000 resistance, therefore a period of consolidation to build support for the next leg up is healthy and expected.

As for the fundamentals behind today’s price move and possible outcomes for the short term, Matt Blom, the head of global sales trading at EQUOS, said:

“The market has extended to the upside, breaking above the trend channel and appears to be entering a blow-out phase. With a strong bull market, the tendency is to call a top. For me, the question is at what point does the rally become unsustainable.” 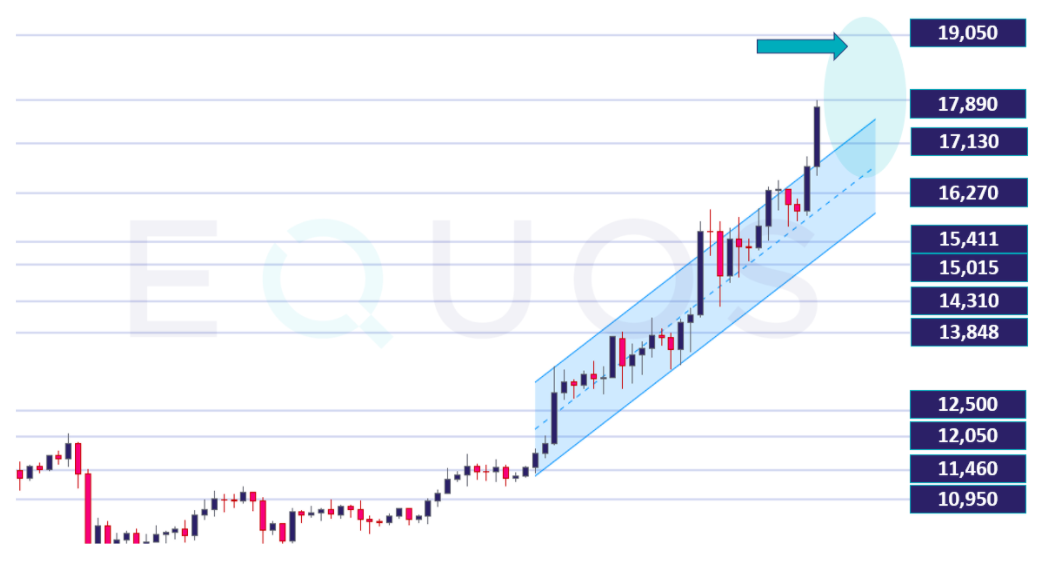 As BTC stormed through the $17,000 level, there was a lot of talk about whether the price would reject near the 2017 high or break through the “resistance” and rally to a new all-time high.

“If we drive up to $19,050 this week, I would expect a pullback to the $17,000 level. There’s a lot of new money in Bitcoin, they’ve never experienced a Bitcoin retracement! In the past, Bitcoin has retraced sharp up moves, but this time, there is one missing ingredient! The lack of auto-liquidation of leveraged longs.”

In 2017, the rally was driven purely by retail traders and a huge amount of FOMO, or fear of missing out, but the scenario is much different in 2020.

All throughout 2020, Cointelegraph has reported on the growing trend of large-size Bitcoin acquisitions by institutional investors. Data also shows that the increasing volumes at regulated Bitcoin and Ethereum (ETH) derivatives markets is the result of bigger hands becoming involved with Bitcoin.

“The fact the market is now focusing its rallying efforts during the institutional working week is a clear indication that real money has arrived, which leads me to believe the pull-back many are expecting maybe shallow.”