The price of BTC has more than doubled since the Bitcoin’s third block reward halving in May. To be precise, BTC has gained 110%, with prices rallying from $8,566 on May 11 to test $18,000 as of this writing.

According to a Nov. 19 report from crypto analytics firm Chainalysis, levels of liquidity and exchange flows have changed dramatically since the halving.

The firm identifies illiquid, or investor-held Bitcoin, as “wallets that send less than 25% of Bitcoin they’ve ever received,” while the remaining wallets are classed as liquid Bitcoin, or trader-held Bitcoin. 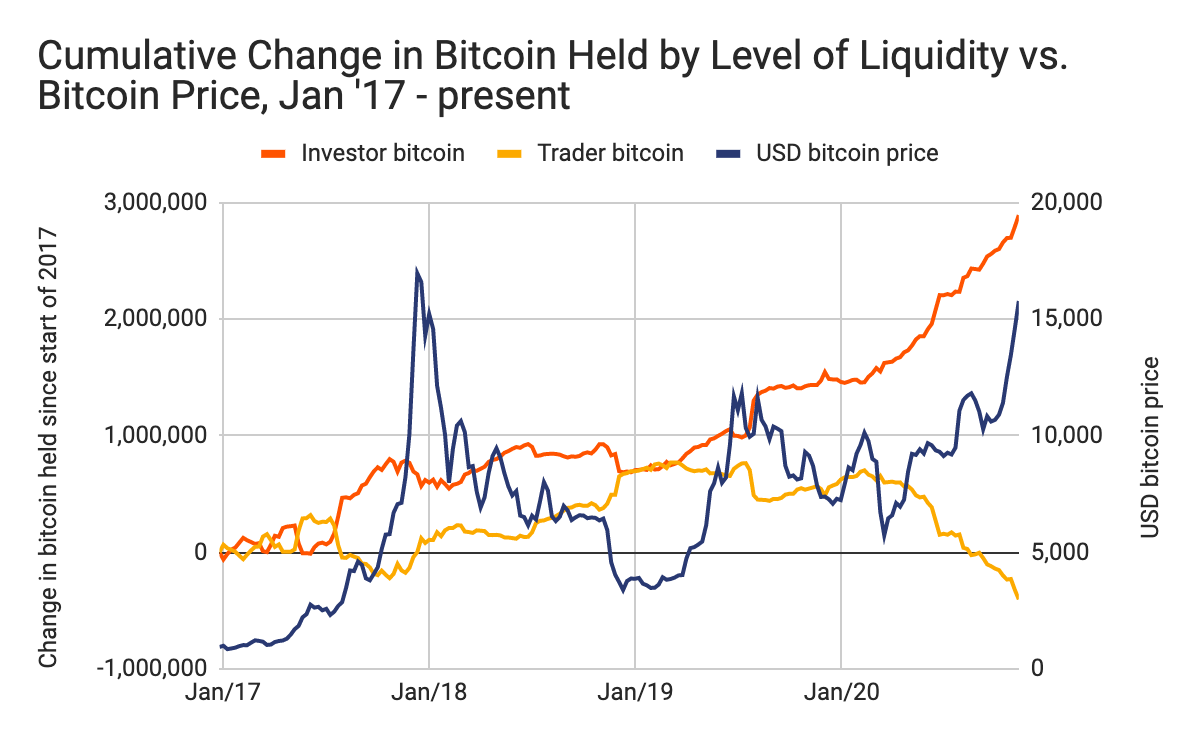 The firm attributes the diminishing supply of liquid Bitcoin to wholesale accumulation from institutional investors throughout 2020:

“From high-profile investors like hedge fund manager Paul Tudor Jones, who compared buying Bitcoin to investing early in Apple or Google, to corporations like Square, which invested $50 million or 1% of its total assets in Bitcoin, mainstream companies, and financial institutions are turning to Bitcoin.”

Cryptocurrency fund manager Grayscale Bitcoin Trust, which represents more than a dozen high profile institutional investors, now holds more than 500,000 BTC — 50% of which was accumulated in the last six months.

Before Bitcoin maximalists get too excited, however, it’s worth noting the price of Ether (ETH) has significantly outperformed Bitcoin over the same period, growing more than 160% from $185 to $482 since May 11.