While it’s not set in stone, Ethereum’s much-anticipated Merge event where the network changes its consensus algorithm from its current proof-of-work design to proof-of-stake will most likely happen this August. This was revealed recently by Ethereum developers.

Speaking during the Permissionless conference, Ethereum developer Preston Van Loon told the attendees that the network is on track to move to PoS in August if no hurdles are encountered along the way.

“As far as we know, if everything goes to plan, August — it just makes sense. If we don’t have to move [the difficulty bomb], let’s do it as soon as we can.”

As ETH Hub puts it, the difficulty bomb is a “mechanism that at a predefined block number, increases the difficulty level of puzzles in the proof-of-work mining algorithm resulting in longer than normal block times (and thus less ETH rewards for miners).”

Notably, the date of the so-called difficulty bomb helps estimate when The Merge is expected to happen as it’s designed to disincentivize miners from continuing to produce blocks on Ethereum’s PoW chain.

Ethereum Foundation member Justin Drake, also at the conference, indicated that ensuring the mainnet “merges” with the Beacon Chain is the main priority, adding there’s a “strong desire to make this happen before difficulty bomb in August.”

Nonetheless, Ethereum’s public testnet Ropsten is set to undergo a Merge on June 8. This will be a major testing milestone before the actual Merge a few months later.

If the Merge, which has been delayed severally, is successful in August as now scheduled, transactions on the Ethereum blockchain will be validated by stakers instead of miners. The hope is that this will vastly reduce the network’s energy consumption.

More importantly, it will slash the issuance of Ether by 50%, which pundits claim could add significant deflationary pressure to the asset if the demand remains high. ETH is currently changing hands at $2,002.43, up 3.2 percent on the day based on CoinGecko’s data. Bullish observers expect The Merge to act as rocket fuel for the cryptocurrency and trigger a bullish run past all-time highs of $4,900 posted in late 2021. 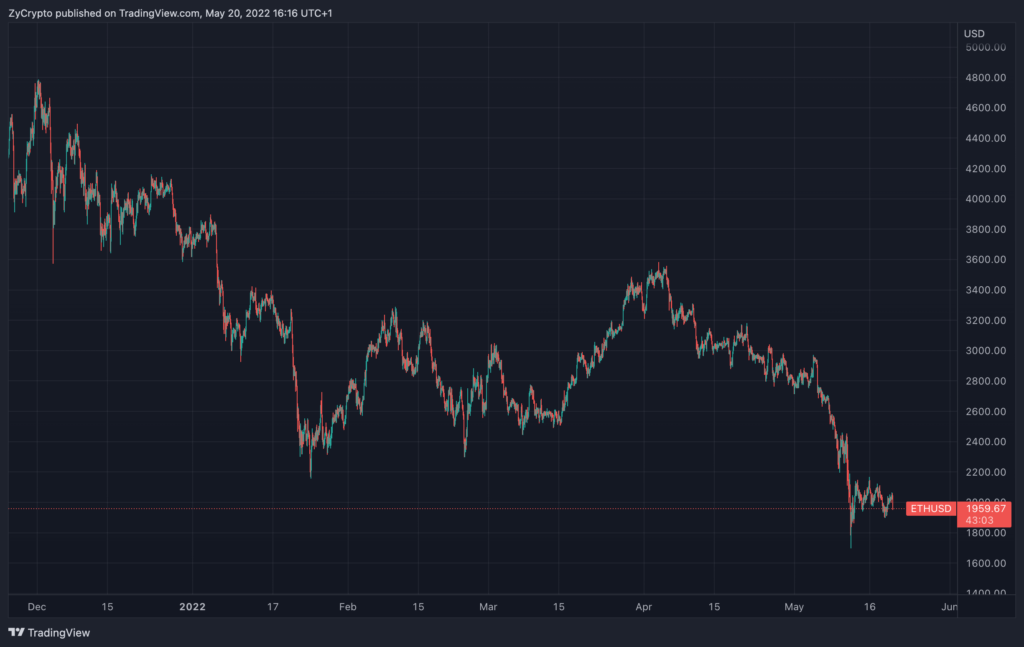 Moreover, the long-awaited switch will pave the way for the next major strategy on the Ethereum roadmap that will introduce more scalability upgrades such as sharding.

Some Ethereum diehards believe the second-largest cryptocurrency will Flippen bitcoin in the near future after the implementation of these key updates. This, however, is just a theory and remains to be seen.