Bitcoin (BTC) fell by $8,000 in hours on May 19 as hodlers saw a return of levels not seen since the start of February. 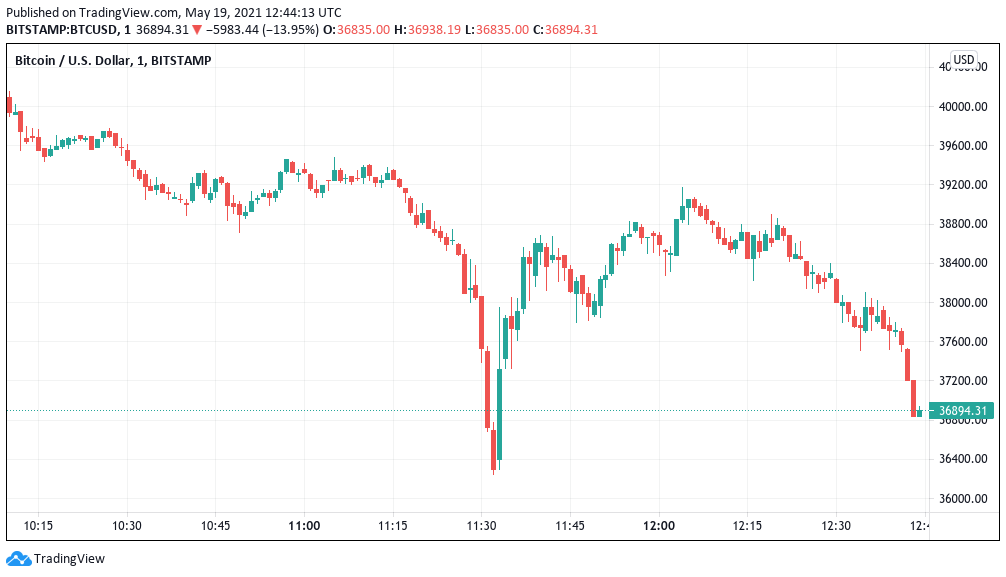 Data from Cointelegraph Markets Pro and TradingView showed BTC/USD stumbling to new lows of $32,200 on Wednesday.

Selling pressure, already high, kept coming as claims of a fresh Chinese crackdown combined with a stocks rout and a strengthening U.S. dollar.

In what is being called by some a “capitulation bottom,” Bitcoin failed to hold $40,000 support and began brief freefall below its significant 200-day moving average.

While the dip in dollar terms was average by Bitcoin’s standards, it caused mayhem among speculative traders, with a single hour seeing $2.7 billion of liquidations. Total 24-hour liquidations stood at $6.5 billion.

“Long leveraged traders liquidation spike on that move down in the past hour,” Philip Swift, co-founder of analytics resource LookIntoBitcoin, tweeted alongside a chart.

Rafael Schultze-Kraft, co-founder of fellow analysis resource Glassnode, added that short-term BTC investors were now at a loss and that current prices represented a line in the sand.

“Short-term holders now under water, as STH-MVRV drops below the neutral line. Key level,” he commented. 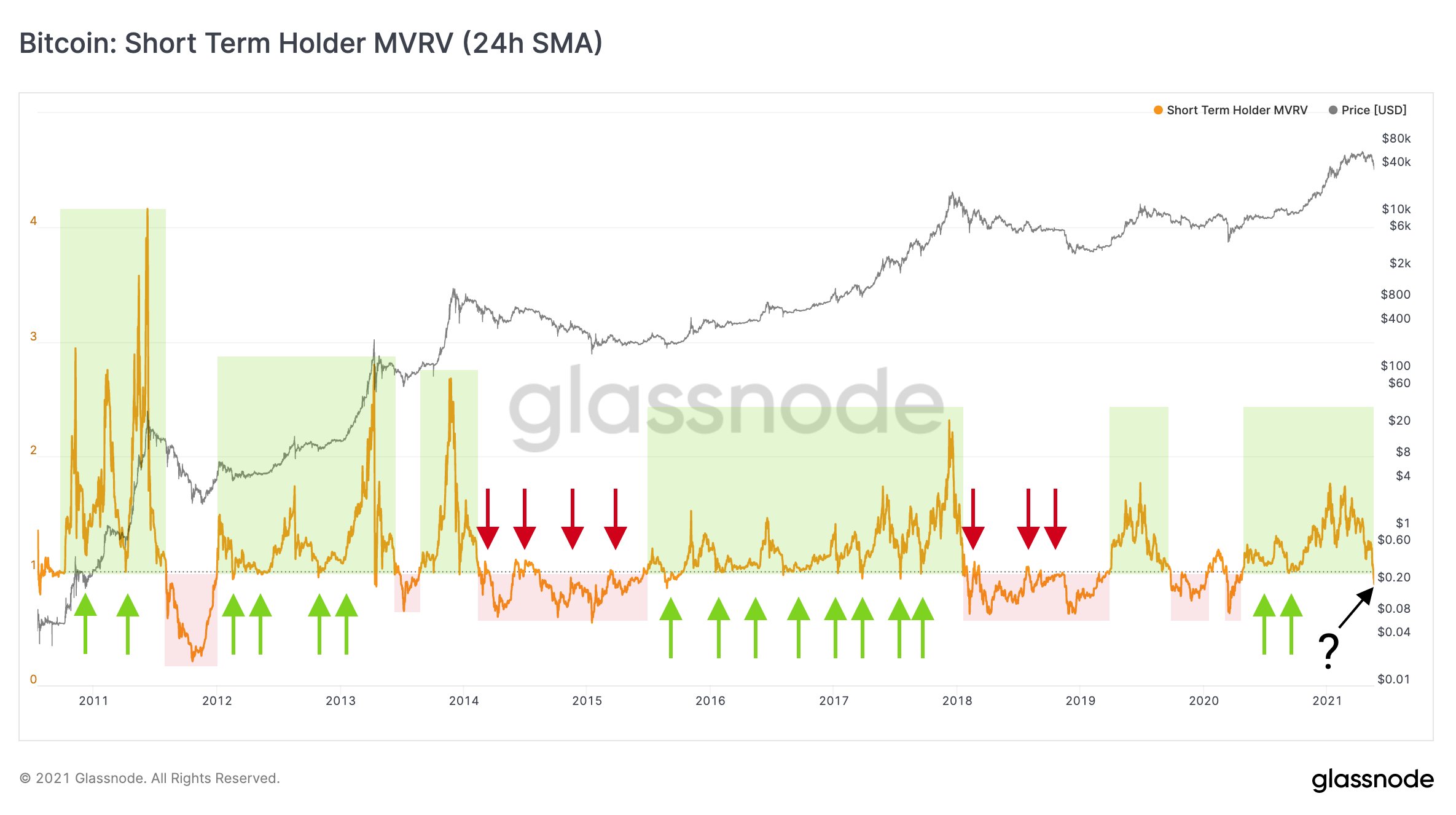 At the time of writing, Bitcoin was attempting to cement a floor above $37,000 amid uncertain conditions.

On altcoins, the picture was similarly grim, with many major cap tokens shedding nearly 30% on the day.

Among the biggest drops were Telcoin (TEL) and SHIBA INU (SHIB), both of which had previously booked significant gains.

A silver lining for Bitcoin bulls was its market cap dominance, which rose from below 40% to 42.2%.