U.S. stock market may crash by as much as 50 percent next month, according to Scott Minerd, and it may affect Bitcoin.

The chief investment officer of New York-based Guggenheim Investments told CNN that he sees the S&P 500 falling to its March 23 low of 2,237.40. He further warned that dip might continue until the U.S. benchmark index hit 1,600, summing its net downside rebound to near 49 percent.

Mr. Minerd’s statement followed a sharp 40 percent recovery in the U.S. equities since March 23. The rebound appeared after the Federal Reserve announced a series of emergency lending programs, which included the slashing of interest rates to near zero and buying Treasuries and mortgage bonds. 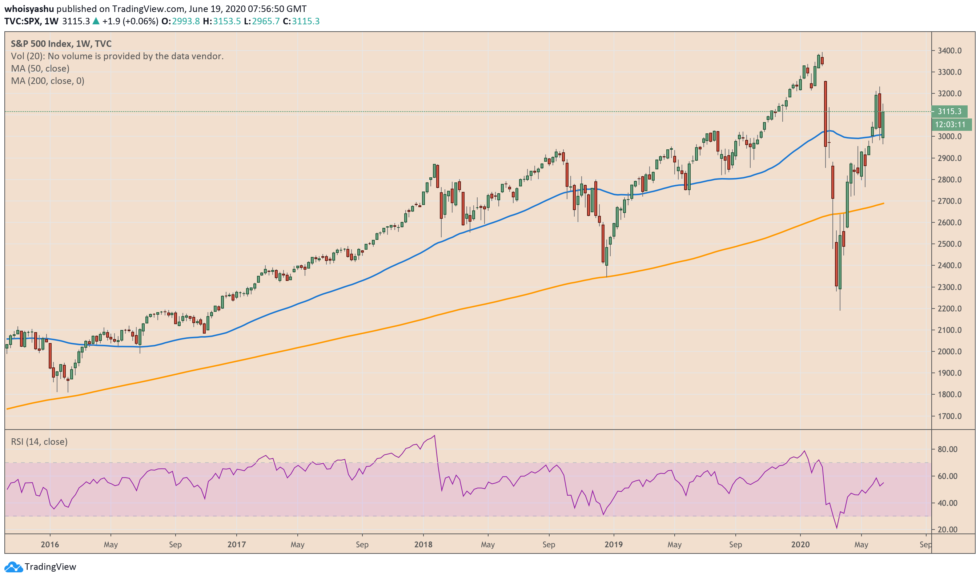 The goal of the Fed’s policy was to ensure that companies and households hit by the pandemic-induced lockdowns have access to credit. Nevertheless, the unprecedented quantitative easing also led to a dramatic spike in the Fed’s balance sheet, which rose to $7.2 trillion from $4.2 trillion in 2019.

While the policy helped the U.S. economy bounce back, it also left the U.S. stocks in a so-called asset bubble. Mr. Minerd compared market valuations to that seen during the dotcom-bubble levels, adding that it needs a reckoning.

That explains why he thinks that a crash in the S&P 500 is imminent.

The S&P 500, in no way, has a fundamental impact on Bitcoin, an 11-year old global asset that works outside the purview of Wall Street. But the proximity between the two distinctive markets has grown since the health pandemic started spilling its negativity on the global markets.

It started with the global market rout of February and March 2020. As the governments sent their entire economy into lockdown to contain the spread of the virus, traders perceived it as their cue to leave their profitable holdings for cash. As a result, stocks, bonds, gold, and bitcoin – all fell in tandem. 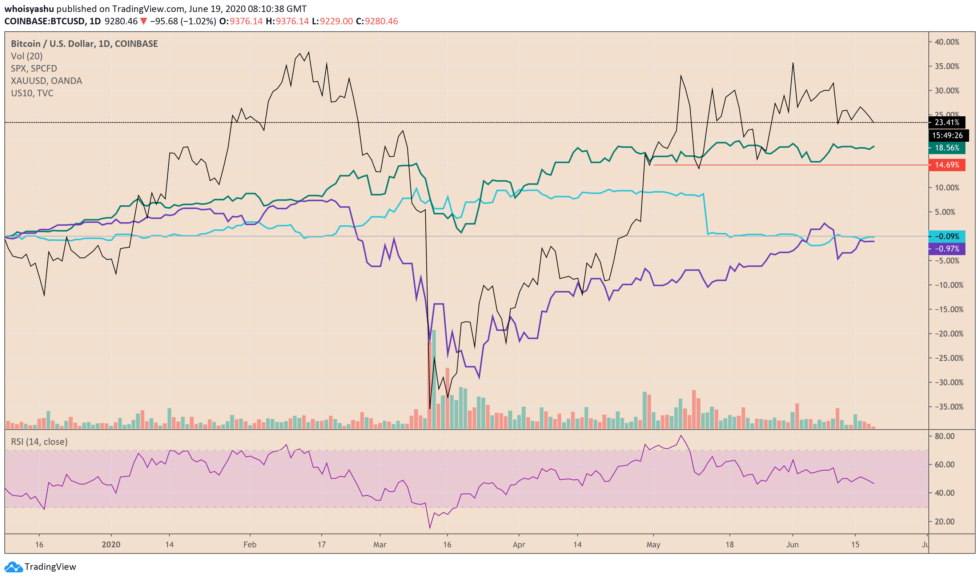 The pandemic prompted Bitcoin and the S&P 500 to move in sync with a top cryptocurrency researcher PlanB noting that the correlation is 95 percent based on R-squared readings.

The analyst also predicted that Bitcoin would rise to $18,000 if the S&P 500 continues to march higher. Meanwhile, he also envisioned a bearish case if the U.S. benchmark starts correcting lower.

“There’s a point where the Federal Reserve is going to have to pull out a bazooka,” he told CNN. “And I think the option of buying stocks on the part of the Fed is on the table.”

Such a scenario would lead the U.S. central bank to print more dollars to support the U.S. stock market.

Meanwhile, the move would also leave the economy under the risks of higher inflation caused by an unprecedented fiat supply. Top investors like Paul Tudor Jones envisioned the case beforehand and decided to park a small portion of their billion-dollar portfolio in Bitcoin last month.

The Fed’s intervention in the stock market could allow other Wall Street veterans to see Bitcoin for its gold-like characteristics. It may allow the cryptocurrency to head higher for the rest of 2020.