What does Dr. Craig Wright think will happen to Ripple next? Could Ethereum meet a similar fate? Could we describe BTC as an “attack” on Bitcoin? Why are hardware wallets “complete trash”? In this final episode of the “Theory of Bitcoin” white paper series, Bitcoin creator Dr. Wright wraps up his explanation of the Bitcoin white paper to Fabriik’s Ryan X. Charles and offers a few further thoughts.

The “Theory of Bitcoin” series has been one of the most informative and educational set of interviews available on Bitcoin’s background—the thoughts and ideologies that went into creating it, the incentives that actually keep it secure, and where it all might be headed. Charles says at the end of this episode that the series will continue in some form, perhaps with a new theme. Having such a frank (to put it mildly) source with such an intimate knowledge of Bitcoin’s workings and purpose is rare enough, but to prod him on every detail of Bitcoin’s existence is too valuable to stop here.

There’s still one more section of the white paper to cover, though, and the two discuss the “Calculations” section. This is the part that describes how Bitcoin might deal with an attack of some kind by malicious actors.

The white paper describes how Bitcoin calculates the longest chain to determine which is more honest (an “attacker” in theory could not sustain enough hashing power for long enough to prove its legitimacy over “honest” nodes). It is:

“… a public history of transactions that quickly becomes computationally impractical for an attacker to change if honest nodes control a majority of CPU power. The network is robust in its unstructured simplicity.”

This is one of the more well-known sections of the white paper, but as always Dr. Wright presents a take that differs from many common interpretations of what this means. Reiterating his previous statements that Bitcoin is secured by economic incentives more than its code (and definitely more than its “encryption”), Dr. Wright points out that any attack to attempt a double-spend or other deception would be short-term, unprofitable, and easily punishable.

Criminals are more rational than most

It is part based on his previous Criminology studies, which showed criminals often act more rationally than honest people—at the end of the day, they’ll do whatever’s profitable if there’s low or no risk of getting caught. An attack on Bitcoin carries a high risk of being caught, a low chance of success, and the attacker wouldn’t make much money from it. Therefore, there’s very little chance of such an attack actually happening.

“Even if you’re dishonest in nature, the incentives make it more economically rational for you to follow the rules,” Dr. Wright says.

What about governments? Charles asks—common question people have had about who might actually want to attack Bitcoin. Dr. Wright explains that governments have many other ways to attack Bitcoin without needing to go to such trouble. And in any case, he estimates there’s about eight times as much hashing power laying idle at any given time than there is actively working on the network. It’s there with the potential to be mobilized for an attack, but no-one has ever done it.

The “51% attack” has been a theoretical bogeyman in Bitcoin for much of its history. And although such attacks have happened on other, less prominent blockchains, there wasn’t as much value at stake. Attacking Bitcoin like that would destroy the value of the network, which none of its actual users would want to do.

Charles also asks about the use of the word “vote” for Bitcoin nodes, and what exactly they’re voting on. The white paper reads:

“They vote with their CPU power, expressing their acceptance of valid blocks by working on extending them and rejecting invalid blocks by refusing to work on them.”

Dr. Wright says “vote” is not meant to refer to decisions on fundamental protocol rules, rather on whether to follow the “honest chain” or not. The very ability to alter the protocol puts all the power in the hands of developers, centralizing any coin with that potential. He contrasts this with BSV, where no group has the power to change the basic rules so the issue is moot.

The “decentralization” issue has become prominent again in the past week, with news the U.S. SEC is about to bring legal action against Ripple Labs and its highly-traded XRP token. One major issue of that case is how much control and direction Ripple the company has over the token, its issuance, and its price.

“When you do a pre-mine, you’ve issued at a value,” Dr. Wright says, noting that when he first released Bitcoin, it had no value at all. Any blockchain that launched with a pre-mine is legally a company with all its accompanying obligations—claiming to the authorities that you’re “decentralized” when there are only three people with access to the GitHub account holding the code, is a lie.

Dr. Wright thinks Ripple will sink under regulatory action and subsequent lawsuits from everyone who’s ever invested in it, and warns something very similar could happen to Ethereum in the future. He remains confident that every blockchain other than Bitcoin will disappear, though regulatory actions or loss of value… or both.

The conclusion sees Dr. Wright give his opinion on how blockchain has been mis-sold and misunderstood by so many. This includes many of the products and services that accompany it, like exchanges and hardware wallets. This episode adds to others in providing a deeper understanding of how Bitcoin stays secure—both the network itself, and its users’ digital property. The answers, as they have been over this entire video series, are not always what you’d expect. 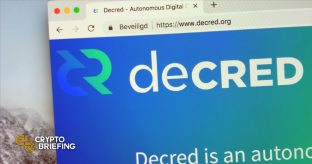