According to the CEO of the company, Ham Serunjogi, Chipper Cash has partnered DriveWealth, a US-based services company to provide access to its users starting from those based in Nigeria to purchase U.S stocks.

Chipper Cash, an African-based P2P payment service platform currently operating in seven countries, has raised a whopping sum of $30 million backed by the founder of Amazon.com Inc (NASDAQ: AMZN) Jeff Bezos. Chipper Cash has made incredible progress since it emerged in the internet financial scene.

The company has plans in place to expand its products and locations with the ideas of introducing investment services, cryptocurrency trading options as well as businesses payment solutions. According to them, their core value of being known as a P2P financial platform is still in place. However, they intend to integrate some services upon the demand of their users.

The Chipper Cash fundraising was engineered by Bezos Expedition and Ribbit capital. The fintech startup has hinted that it will use the money accumulated in the Series B funding round to expand its services to other countries with the targeted countries yet to be revealed. Chipper cash is currently available in Ghana, Nigeria, Kenya, Uganda, Tanzania, Rwanda, and South Africa. With over 3 million users on the Chipper Cash platform, they facilitate about 80,000 transactions every day.

Interestingly, the company recorded a monthly payment value of $100 million in June despite its operation in less than 20% of the countries in the African continent.

According to the CEO of the company, Ham Serunjogi, Chipper Cash has partnered DriveWealth, a US-based services company to provide access to its users starting from those based in Nigeria to purchase US stocks. They have added Beta drop downs on their platform (Website and App) to help users make the purchasing decision between Bitcoin and stock. For now, Nigerians can purchase Tesla Inc (NASDAQ: TSLA), Apple Inc (NASDAQ: AAPL), Amazon.com Inc (NASDAQ: AMZN), etc. with this feature soon to be extended to other countries according to Serunjogi.

Chipper Cash has also planned to launch an API payment solution based on the demand of its users. According to Serunjogi, the company has been getting a lot of requests from their users who also own businesses to integrate the feature that makes it possible to receive payment for the selling of goods and services.

Chipper Cash has been one of the many other fintech platforms that are making waves in Africa with countries such as Nigeria, South Africa, and Kenya leading the movement. Interswitch, a Nigeria-based fintech company obtained a $200 million investment from Visa earning it “Unicorn Status.” Jumia, another company growing very fast in Africa has also gone public with its NYSE IPO. These movements are changing the face of the fintech ecosystem in Africa since it was announced by the World Bank that 66% of Sub-Saharan Africans are unbanked.

Chipper Cash was founded by Ghanaian Maijid Moujaled and Ugandan Ham Serunjogi in San Francisco in 2018. Since then, it has become one of the fastest-growing fintech companies in Africa. 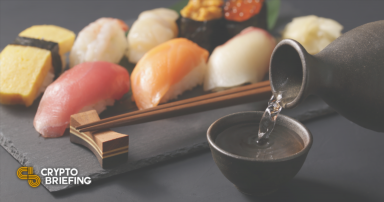