Bitcoin (BTC) disappointed bulls on upside prior to the May 26 Wall Street open as BTC/USD returned under $29,000. 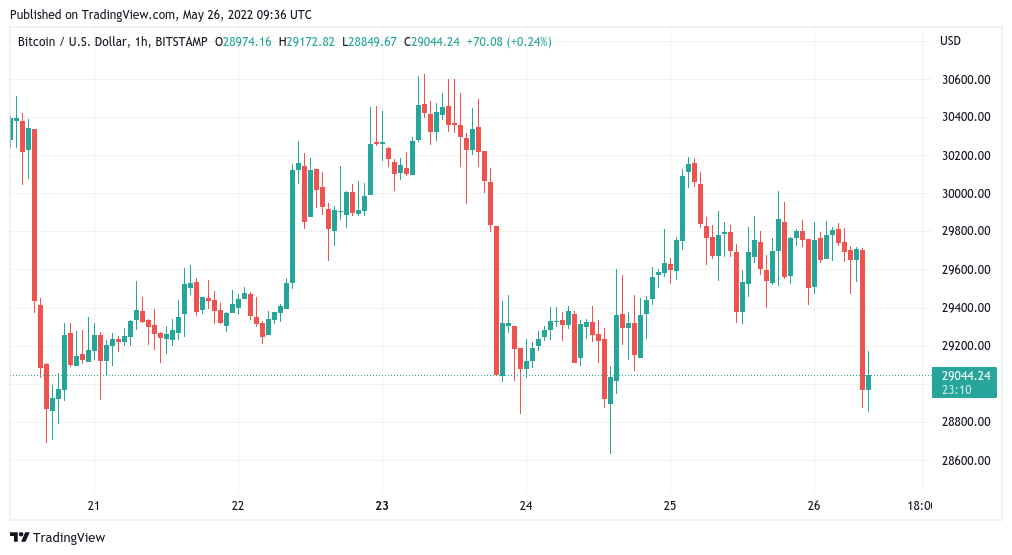 Data from Cointelegraph Markets Pro and TradingView tracked an uninspiring day for Bitcoin, with $800 of losses coming in a single hourly candle several hours before the start of trading.

The largest cryptocurrency had avoided volatility on the release of minutes from the United States Federal Reserve’s Federal Open Markets Committee (FOMC).

These had avoided any serious divergence from already known facts about economic policy, and despite concerns anti-inflation measures could lead to a recession, no mention of the word “recession” appeared in the minutes.

Even legacy markets remained comparatively cool, with analyst Dylan LeClair describing the situation as “eerily calm” based on volatility data.

Cointelegraph contributor Michaël van de Poppe, who on May 25 had predicted a move towards $32,800 for BTC/USD, reiterated that a breakout from its current trading zone was “coming relatively soon.”

For the meantime, however, on-chain signals meant that there was likely no impetus for significant price changes, according to fellow trader and analyst, Rekt Capital.

Analyzing on-chain volumes, it became clear that neither buyers nor sellers were prepared to make a bold statement at current levels.

“Previous periods of high sell-side BTC volume preceded periods where buyer volume started trickling in in the following weeks. But now, we’re seeing that a) seller volume is declining over time. And b) no $BTC buyer volume has come in following the high seller volume,” he explained to Twitter followers on the day. 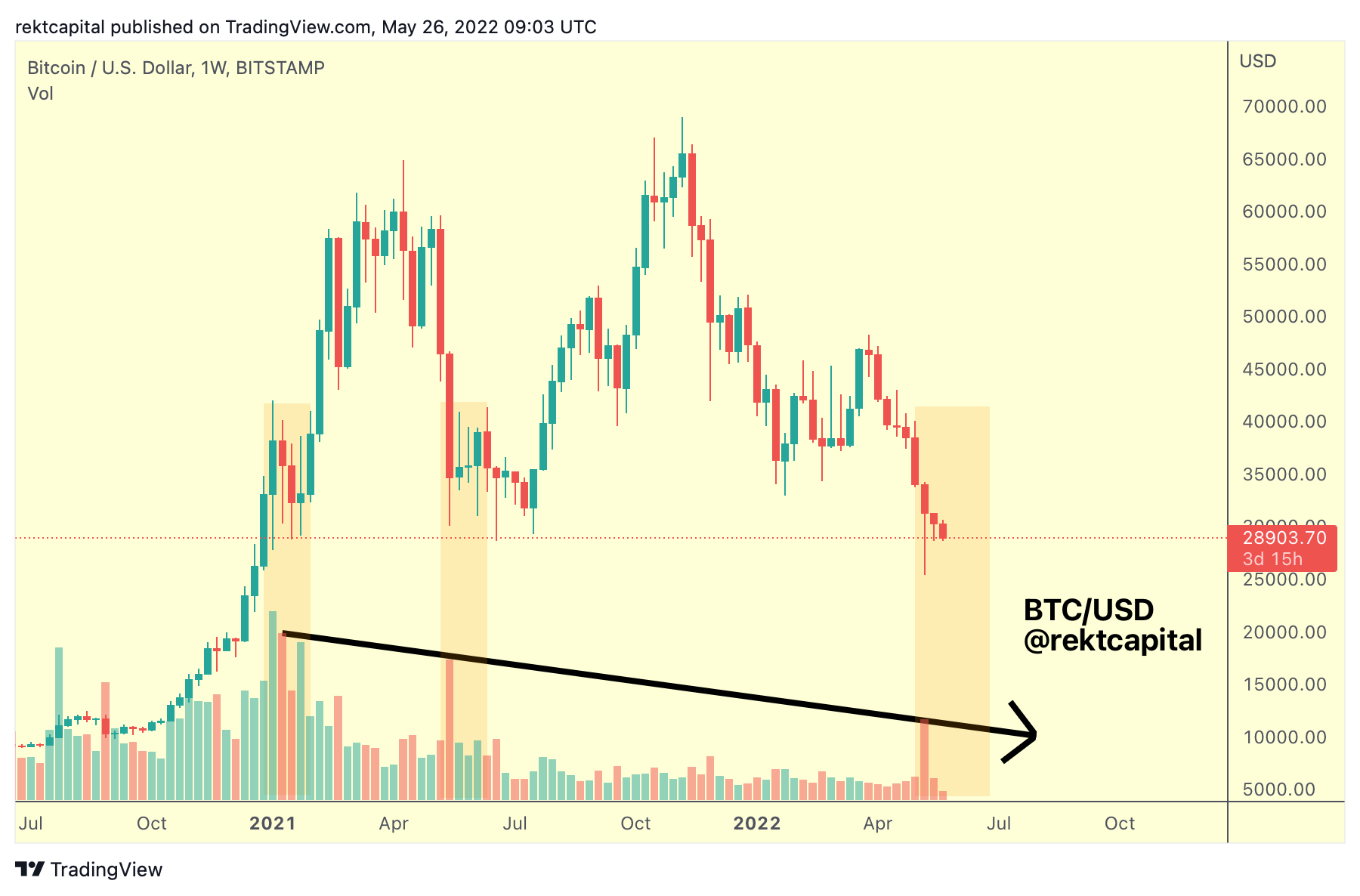 As Cointelegraph reported, NVT Golden Cross, a long-term metric designed to catch price tops and bottoms using volume, flashed red this week as it appeared that on-chain transactions were not significant enough to support even $30,000 levels.

Altcoins presented a mixed bag on the day, with Ether (ETH) noticeably among the weakest of the  major cap tokens.

With the exception of the May 12 wick, ETH/USD traded at its lowest in ten months on May 26, hitting $1,815 on Bitstamp.

“The question will be whether we can bounce from here and break the $1,940 level,” Van de Poppe said.

“If that happens, I’m assuming we’ll continue $2,050. If it doesn’t, then the markets are looking at

Solana’s (SOL) daily losses meanwhile approached 10%, while Dogecoin (DOGE) was at it lowest levels since April 2021.