The price of Bitcoin (BTC) suddenly fell by 3% within hours on Nov. 4 to $13,566 after briefly rising above $14,000. Coincidentally, the U.S. dollar, gold and stocks all fell together in tandem.

Analysts are pointing to uncertainty surrounding the election as the catalyst for the sharp correction. 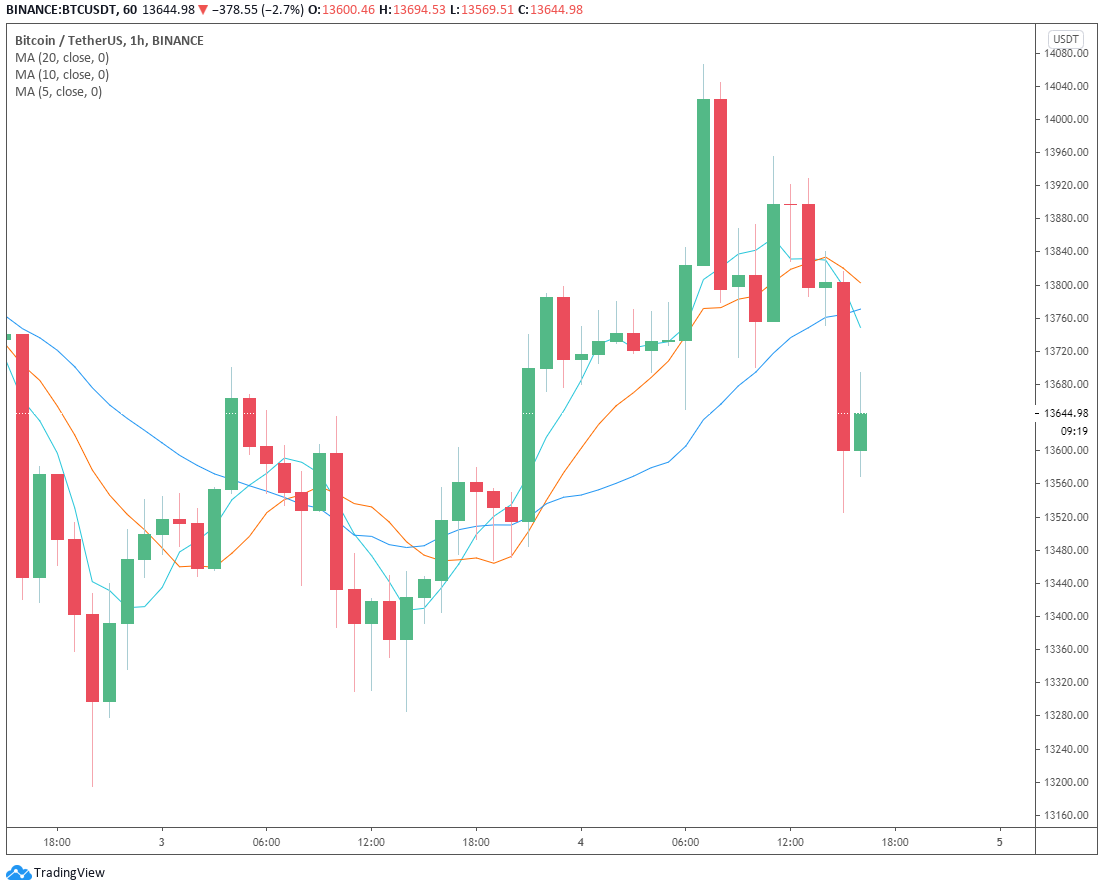 Why markets fell after surging during the vote count

When the mainstream media was actively reporting the vote count, the price of Bitcoin and stocks rallied. Yet, after the vote count ended for the day, all risk-on and risk-off assets went into the red, including S&P 500 futures.

Tracy Alloway, a financial journalist at Bloomberg and co-host of the Odd Lots podcast, said this was a likely outcome due to President Donald Trump’s statement. She said:

“S&P 500 futures don’t like Trump’s suggestion that he’ll go to the supreme court to challenge election results. Now in the red.”

The recent drop of Bitcoin is noteworthy given that it dropped simultaneously with the dollar. Typically, when the dollar drops, Bitcoin and gold tend to rally, since both stores of value are priced against the dollar.

As Cointelegraph reported, BTC saw a low correlation with other assets including stocks in recent weeks. As such, the collective correction among most major assets comes across as an unexpected market response.

What happens to BTC in the near term?

According to data from CryptoQuant, the Estimated Leverage Ratio of Bitcoin futures on Binance hit an all-time high. This indicates that there are more traders in Binance’s BTC derivatives market than ever before.

Ki-Young Ju, the CEO of CryptoQuant, warned traders on Nov. 4 about heightened volatility caused by cascading liquidations. If there is an abnormally large number of contracts in the market, it can cause massive price movements. 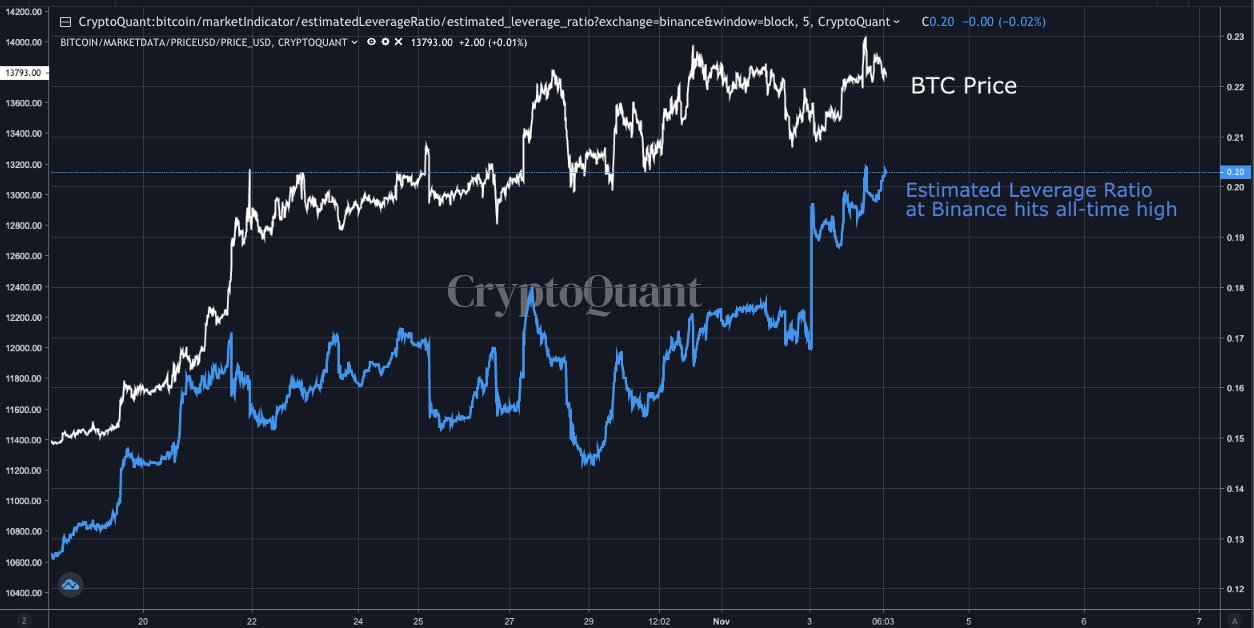 In the short term, given the repeated rejection of BTC at $14,000, traders are leaning toward a market drop.

There are several key support levels in the foreseeable future for Bitcoin. First, the $13,300 area has been defended with strength over the past week. If BTC continues to hover above $13,300, it would indicate resilience from buyers.

Second, the $13,000 level has been supported with whale clusters since early November. This means whales have accumulated large amounts of BTC at that level, which makes it an area of interest for buyers.

US Government Gives ByteDance Another Week to Sell TikTok US…

VC Giant Sequoia Capital Shifts Focus to Europe to Hunt Startup…
We and our partners use cookies on this site to improve our service, perform analytics, personalize advertising, measure advertising performance, and remember website preferences.Ok