Bitcoin (BTC) recovered from new lows of $45,550 on Jan. 5 as analysts waited patiently for a “squeeze” to trigger fresh volatility. 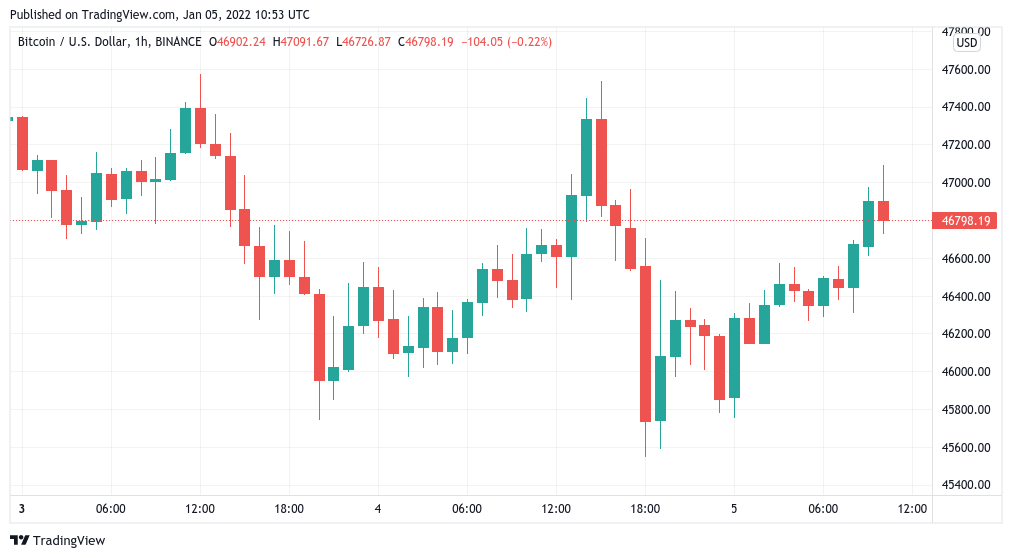 Analyst weighs prospect of “fakedown” towards $40,000

Data from Cointelegraph Markets Pro and TradingView showed BTC/USD returning to the previous day’s levels near $47,000 on Binance at the time of writing.

The repeated dips had failed to unsettle market participants, who now turned to the prospect of an abrupt move up or down in the coming weeks. Volatility in a time of flat funding rates and record-high open interest on derivatives markets, they had said Tuesday, was all but a given.

“Think we enter a volatility squeeze by end of the month,” analyst William Clemente forecast in part of comments on Bitcoin’s Bollinger band chart.

A popular indicator which Clemente acknowledged as one of his “favorite” tools, Bollinger bands use two standard deviation bands around the Bitcoin spot price to assess when volatility is likely to come. 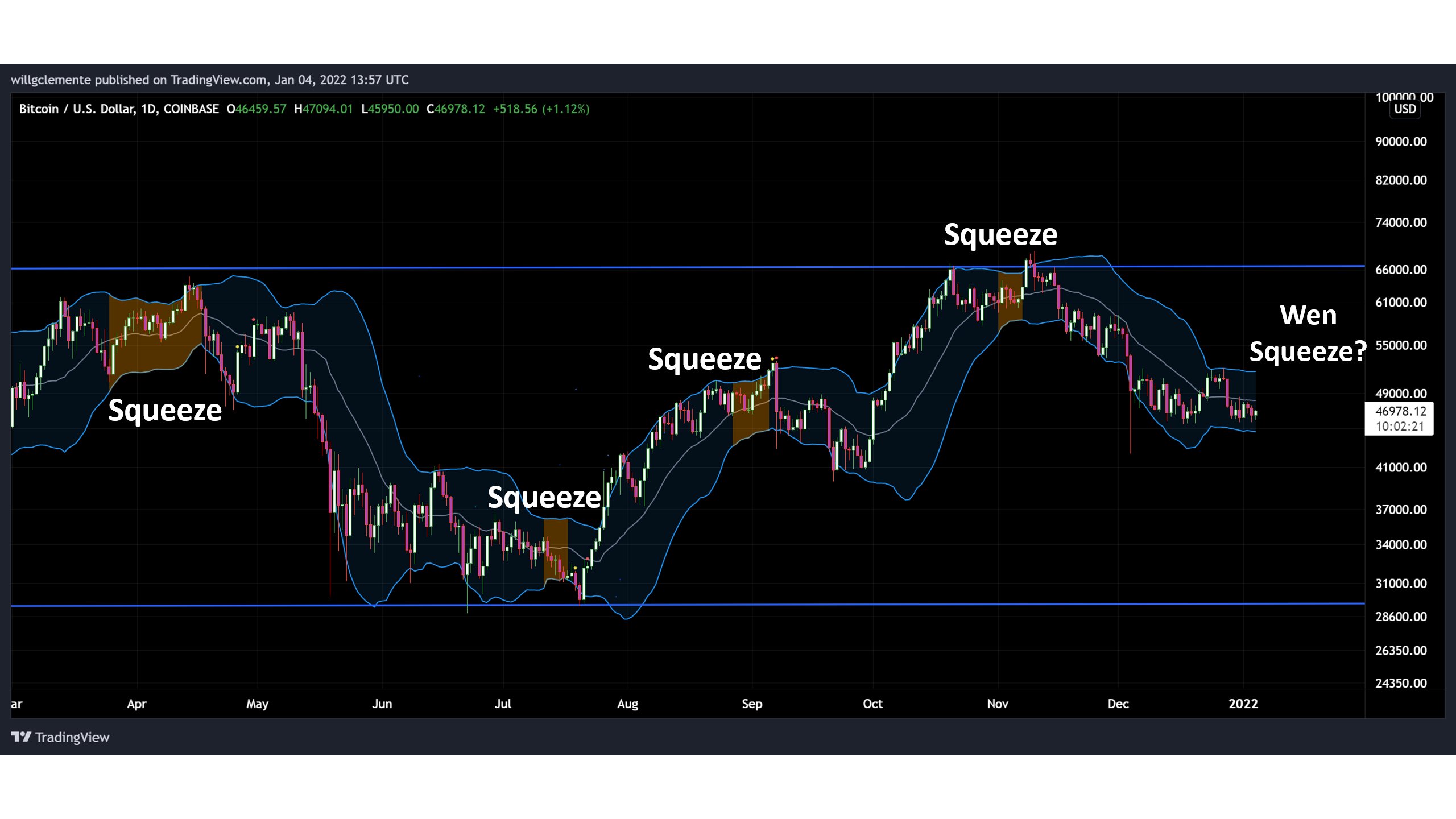 The question this week, however, was whether the move would be up or down.

“If we get that same setup from late July and initial pop down to low 40s out of a squeeze I will def be a buyer there,” Clemente added during a discussion on the outlook.

A further post unveiled the likely cause of the $45,550 dip — a trader’s failed attempt to short the lows and a subsequent buyback.

Those looking for upside meanwhile highlighted macro factors. Inflation, running hotter than anticipated, had not been fully reacted to by Bitcoin yet.

“View-wise, we are still holding out for an upside move in the near-term,” trading firm QCP Capital wrote in its latest update to Telegram channel subscribers.

“Looking at the 10-year breakeven inflation rate (which has historically had a high correlation with BTC), there has been a material divergence since end-December… If BTC plays catch up here we could see the move towards 60,000.”

Inflation cues are due next week with the publication of December’s consumer price index (CPI) data.

“Never once BTC looked like this when it ended its bullish cycle. NEVER, since its inception,” an even more bullish Galaxy continued Tuesday.

“It always drops sharply without much recovery.”

Galaxy was observing periods of consolidation following price tops throughout Bitcoin’s history, concluding that the $69,000 top in November could not logically form a multi-year high.

“We are in a consolidation before the next massive move to the upside,” he added.