Bitcoin price has re-established the $40,000 level as support but as bull push toward a new all-time high the possibility of another sharp sell-off looms.

According to analysts at Material Indicators, a crypto analytics company, mega-whales sold off steeply when Bitcoin hit $40,000 on Jan. 7. This led to a quick 10% drop to the $36,000 area over the next few hours.

The dip was quickly bought up, eventually pushing the price above $41,000 in the next 12 hours. However, BTC saw another large drop after setting another all-time high at $42,000, and at the time of writing the top-ranked digital asset is trading at $40,800. According to Material Indicators:

“So, it looks like mega-whales started selling after that dump at around 2am UTC, and continued selling on the spikes. My guess is they expected more downside. They did not really participate in the rally back up to 42k, which would further support that point.”

“However, now, they have started buying again. Presumably to break the 42k resistance. Only this time, it seems to be the normal whales ($100k – $1M class) who started taking profit.” 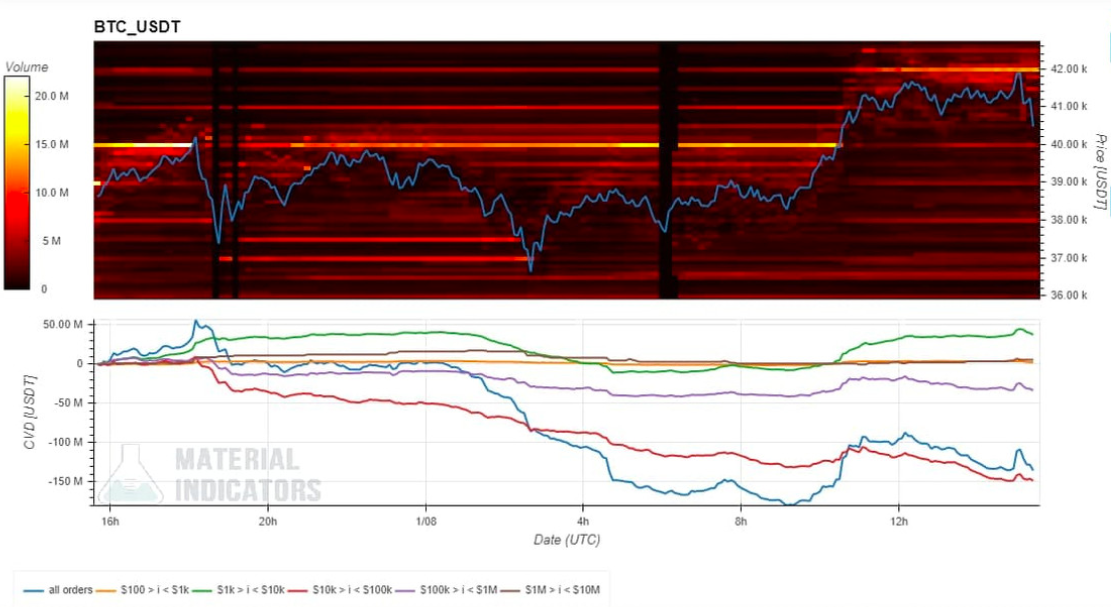 Considering that at times during the last week Bitcoin price has traded higher on Coinbase, it is clear that there is large buyer demand coming from the U.S.

This suggests that there is a battle between normal whales taking profit and new buyers in the U.S. market. The sharp rejections from each new all-time high also signals that whales may be aggressively taking profit as soon as Bitcoin hits a new record high

As such, it is important that the demand for Bitcoin from the U.S. is sustained in the near term. Otherwise, the high level of selling pressure from whales could cause BTC to see a correction in the foreseeable future.

Where could Bitcoin go from here?

Bitcoin currently has extremely strong technical momentum that continues to drive the price higher. For this reason, traders are reluctant to short it, but some have started to take profits.

In the short term, one concern for Bitcoin is the potential recovery of the U.S. dollar. A pseudonymous trader known as “Cantering Clark” pinpointed the rebound of the U.S. dollar and the decline of precious metals. He said:

“So the question is, with the $DXY finding a floor surprisingly, and metals responding by getting nuked, does $BTC hold well?”

The U.S. dollar index (DXY) is hovering at a support level on the monthly chart. Alternative stores of value, like Bitcoin and gold, are priced against the dollar. Hence, if the dollar begins to move upward, the risk of a BTC correction could intensify. 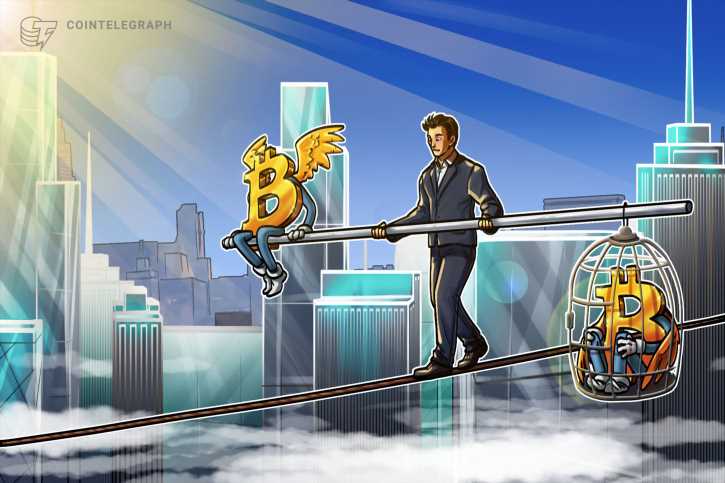