Bitcoin (BTC) stayed rangebound on April 29 as a welcome retracement saw the United States dollar come down from 20-year highs. 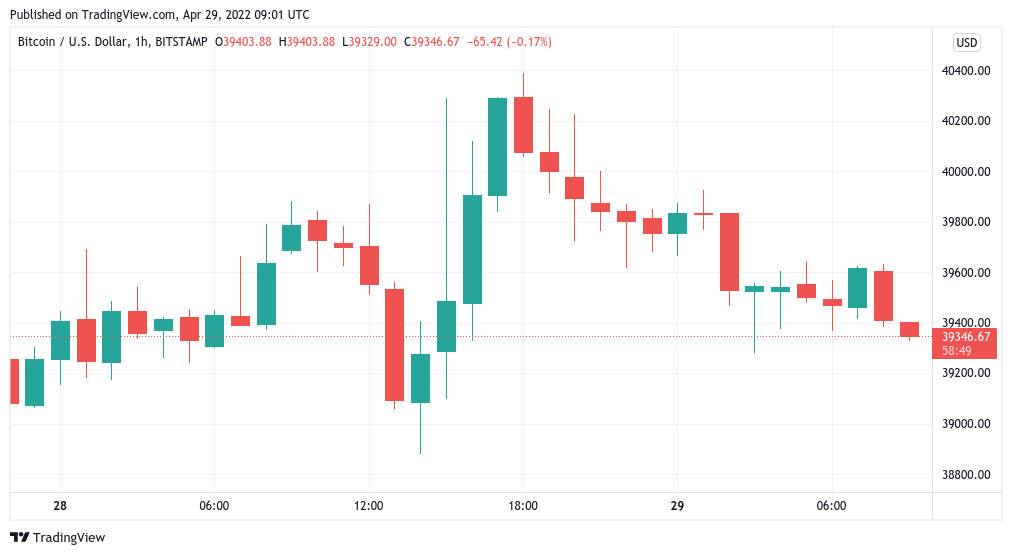 Data from Cointelegraph Markets Pro and TradingView showed BTC/USD hugging support near $39,300 after failing to hold $40,000.

The pair had managed some modest upside despite a “parabolic rally” in U.S. dollar strength throughout the week.

The U.S. dollar index (DXY) finally began cooling on April 2 after reaching its highest levels since 2002.

Despite its inverse correlation, BTC/USD had yet to show any signs of direct benefit from the changing mood at the time of writing.

Cointelegraph contributor Michaël van de Poppe was, nonetheless, confident that bullish momentum would return to Bitcoin in the short term.

“Bitcoin is getting into a narrow playing field and is ready for a big impulse move,” he told Twitter followers on the same day.

Van de Poppe had previously highlighted current spot price levels as crucial to hold in order to open up the path toward $42,000 and above. 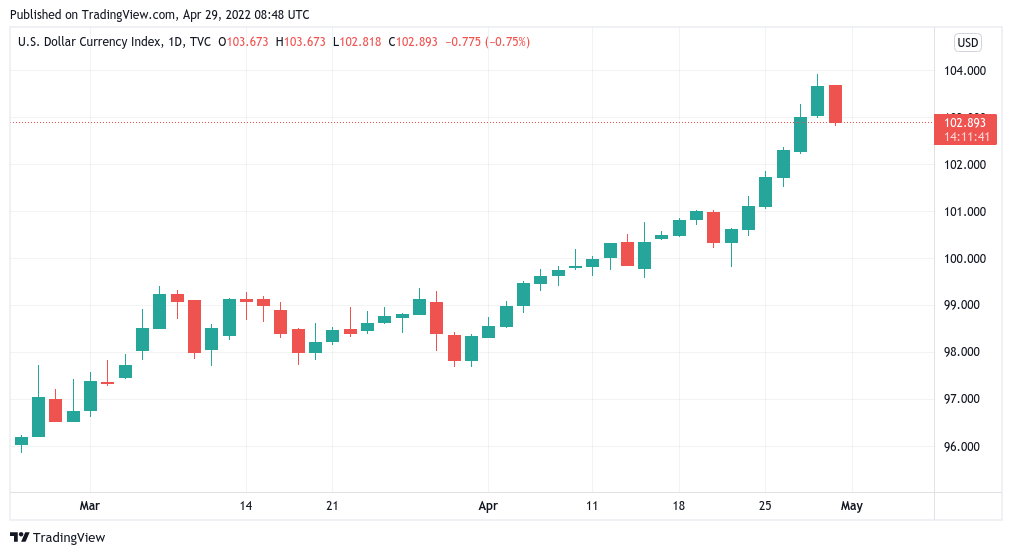 Further tailwinds for BTC came in the form of Asian market trading, meanwhile, with the Shanghai Composite Index up 2.4% and Hong Kong’s Hang Seng managing 10% on the day in a broad comeback from earlier COVID-19-induced sell-offs.

Examining who among Bitcoin holders is selling in current conditions, popular analyst Root identified changing tendencies among long-term holders (LTHs) — those with coins unmoved for 155 days or longer.

Those who bought in between $18,000 and the all-time highs of $69,000 — a significant chunk of the LTH base — are being forced to exit due to external forces, he warned.

“They are de-risking/capitulating due to macro conditions,” part of a Twitter thread read, Root adding that it is “bullish how price has been holding up really well.”

As Cointelegraph recently reported, the percentage of the BTC supply dormant for a year or more has nonetheless made new all-time highs this month, according to data from on-chain analytics firm Glassnode. 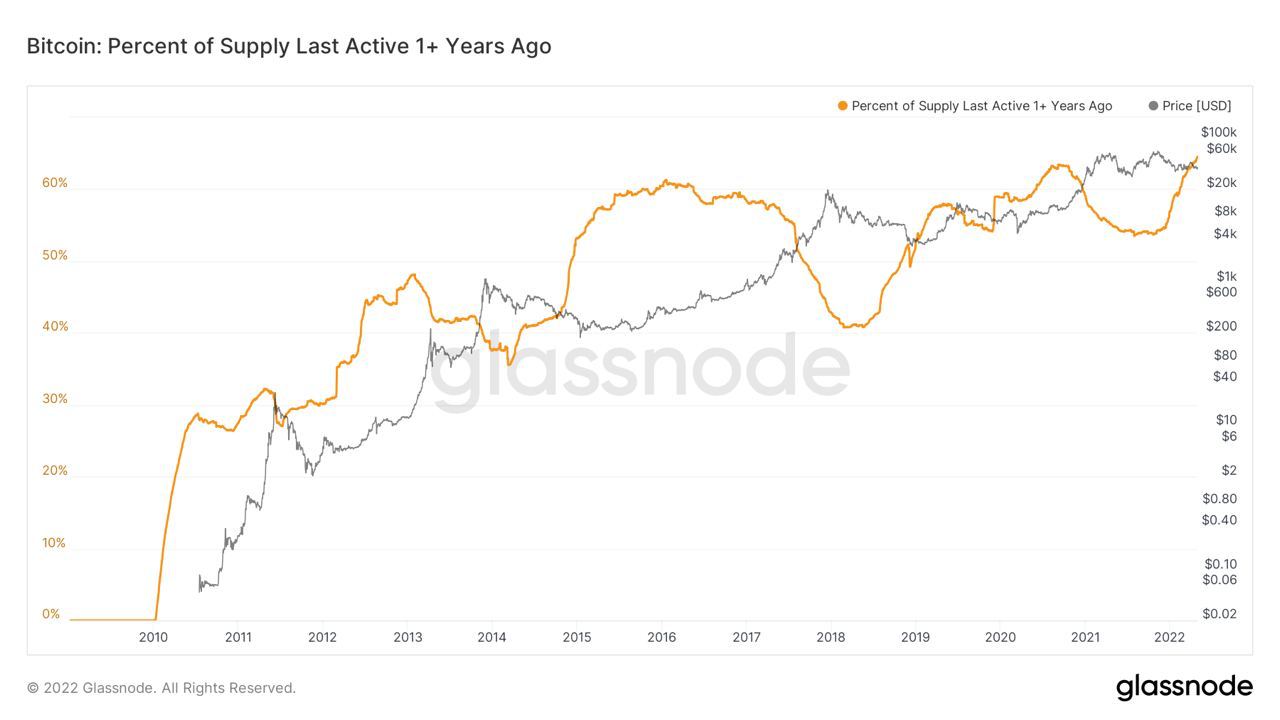