Bitcoin (BTC) is at the start of its next “main bull run” and the price peak won’t hit until the end of 2021, well-known analyst Willy Woo believes.

In one of many recent Twitter discussions on Nov. 11, the creator of statistics resource Woobull produced fresh evidence that Bitcoin’s price gains are only just beginning.

“Green circle denotes where we are in this macro cycle. Start of the main bull run (in case it isn’t already obvious),” he commented.

RSI looks at price behavior over a specified period. Its calculation involves the ratio of average closes higher and lower over that period. 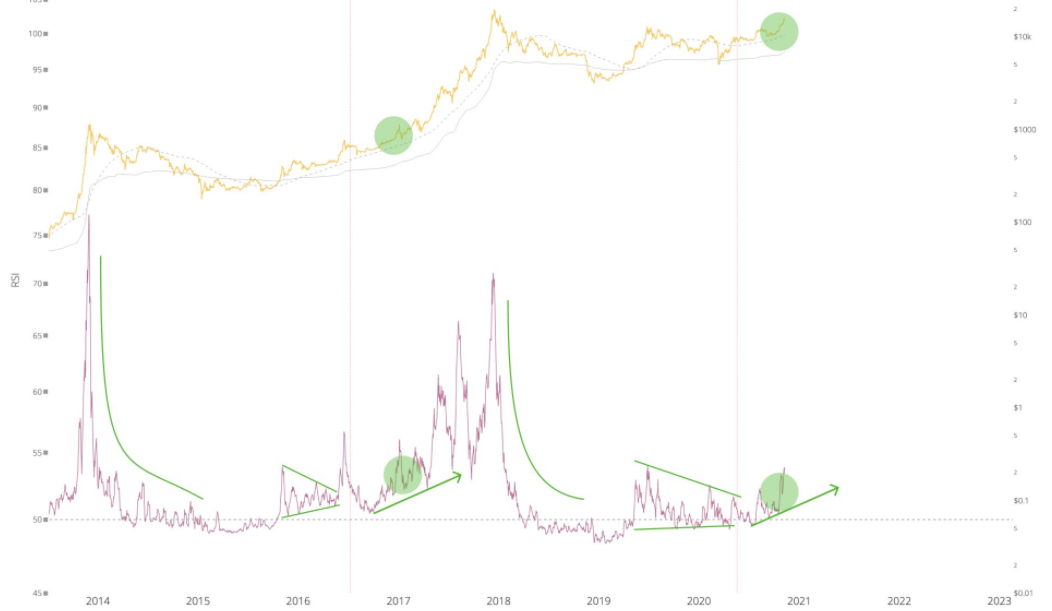 Woo was using his own 365-day RSI chart, and its readings follow on from its position during a previous update in July. At the time, Bitcoin was ending a period of so-called RSI compression, which accompanied a series of higher lows and lower highs for BTC price.

At the time, Woo called for the bull run to begin either in Q4 or Q1 next year, something which then became reality. Now, he suggests that the new bullish phase will only top out in around a year’s time.

“My pick is December 2021, gotta sell to pay taxes like last time,” he responded when asked about a likely peak.

As Cointelegraph reported, Woo is far from alone in claiming that Bitcoin’s performance in recent weeks is an anomaly, which will later correct downward.

Real Vision CEO Raoul Pal and Gemini exchange co-founder Tyler Winklevoss have both stated that a new all-time high for BTC/USD will come no later than Q1 next year.

The technical issues which accompanied the rise to $16,000 have meanwhile dissipated thanks to Bitcoin’s automatic mining difficulty readjustment, with fees nosediving and unconfirmed transactions dropping to near zero this week.

A further downward readjustment, estimated at 6%, is due in around four days’ time.