It may be the best time for Bitcoin traders to refill their crypto bags now that the asset trades near its multi-week lows, according to analysts at Phi-Deltalytics.

The chart analysis portal stated that Bitcoin is in a “golden accumulation zone,” citing a string of fundamental and technical catalysts that could propel the cryptocurrency’s price higher.

It said BTC/USD is trading below the active trading group’s purchasing price. That means a majority of traders would be least likely to sell their Bitcoins at a loss, leading to a decrease in supply. It should increase the bids for the cryptocurrency at the demand side. 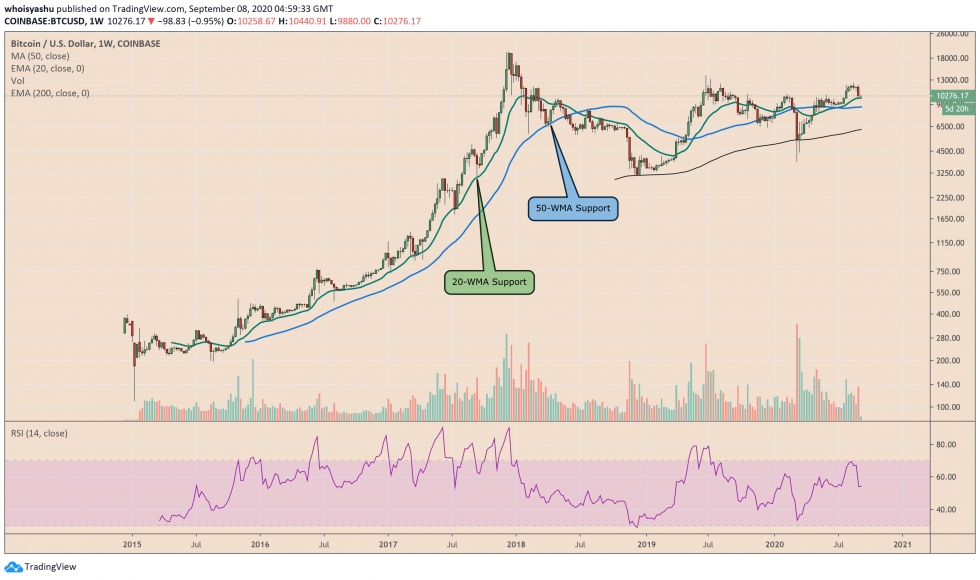 The comments came after BTC/USD plunged by more than 20 percent from its year-to-date high of $12,486. The downside correction followed a 200 percent price rally, hinting that traders merely locked their profits at local tops. Nevertheless, the bearish move also coincided with a similar drop across the US stock and gold markets.

Many observers feared that BTC/USD would extend its downside momentum to hit $9,600 or the levels below it. The pair, however, managed to secure a base above $10,000, its previous resistance level now acting as a support level.

Phi also backed its bullish bias with a stable institutional and miner activity in the Bitcoin market. The portal said that the $900m Grayscale Invesments–a New York-based crypto investment firm–raised in Q2 wouldn’t be available for exiting until at least October 1st.

Meanwhile, it highlighted recoveries in both Bitcoin’s hashrate and mining difficulty. Meanwhile, the end of miner capitulation also pointed towards a sustained BTC/USD bull run.

The portal added that the Bitcoin Futures market is now repeating its March 2020 fractal. Back then, there were ridiculous amount of long positions open at $7,800 that led to a “Long Squeeze.” In the recent scenario, bulls had a similar exposition to $11,300, a level that also pushed them to the wrong end of the trade. Excerpts:

“Currently, the margin market is overly bearish, but not enough people are on board with the “bearishness” so we do need the open interest to pick up a bit to fuel an ideal short squeeze. As for the CME institutional traders’ positions, last week’s drop doesn’t impact this group turning bullish after 3 months of indecisiveness.”

Phi also reminded traders of the long-term impacts of inflation on the Bitcoin market. The portal said that the Federal Reserve’s commitment to raising inflation beyond their ideal target of 2 percent would keep investors glued to Bitcoin for its hedging characteristics.

“This will fundamentally push up the value of gold, bringing up bitcoinalong the way as the main value proposition of bitcoin remains a store of value rather than remittance,” it added.

How The Dollar (DXY) Index Is Responsible For Today's Bitcoin Carnage

Court rejects Wright applications for summary judgment
We and our partners use cookies on this site to improve our service, perform analytics, personalize advertising, measure advertising performance, and remember website preferences.Ok