Bitcoin (BTC) hit four-day highs of $45,000 on Sept. 24 as the market digested news that Twitter had enabled BTC tipping. 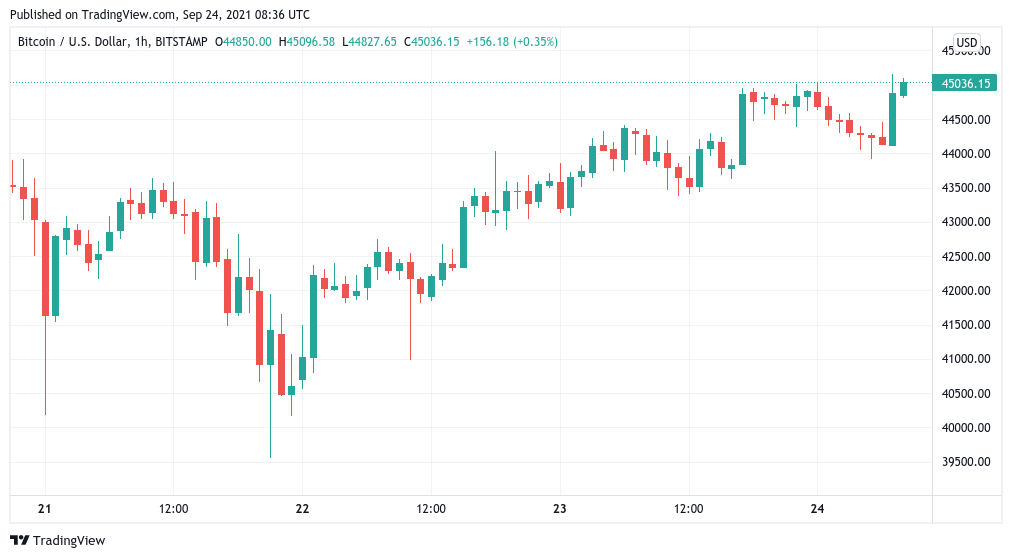 The largest cryptocurrency had struggled to overcome resistance at $44,000, but the Twitter announcement provided some much-needed bullish momentum.

The social network rolled out the first phase of its Lightning Network tipping feature via payments gateway Strike for iOS users Thursday. Other interfaces would soon follow, Strike confirmed, with other tipping partners in the pipeline and set to be announced in the coming weeks.

“What the internet did for communication, Bitcoin and the Lightning Network is doing for money,” CEO Jack Mallers summarized in an accompanying blog post.

Twitter immediately felt the benefits, with its stock up nearly 4% after yesterday’s close. A video from Mallers showing him using the new tipping feature, meanwhile, attracted 1.6 million views in just 15 hours.

Now, already bullish Bitcoin traders were even more optimistic. For Rekt Capital, a trend continuation involving a dip, consolidation and eventual exit to the upside was well on track.

“Daily Closed just like that and a dip has indeed taken place today,” he tweeted Friday, showing the predicted BTC/USD trajectory.

“This was all done in an effort to establish trend continuation from this point. Bitcoin is following the black path well thus far.” 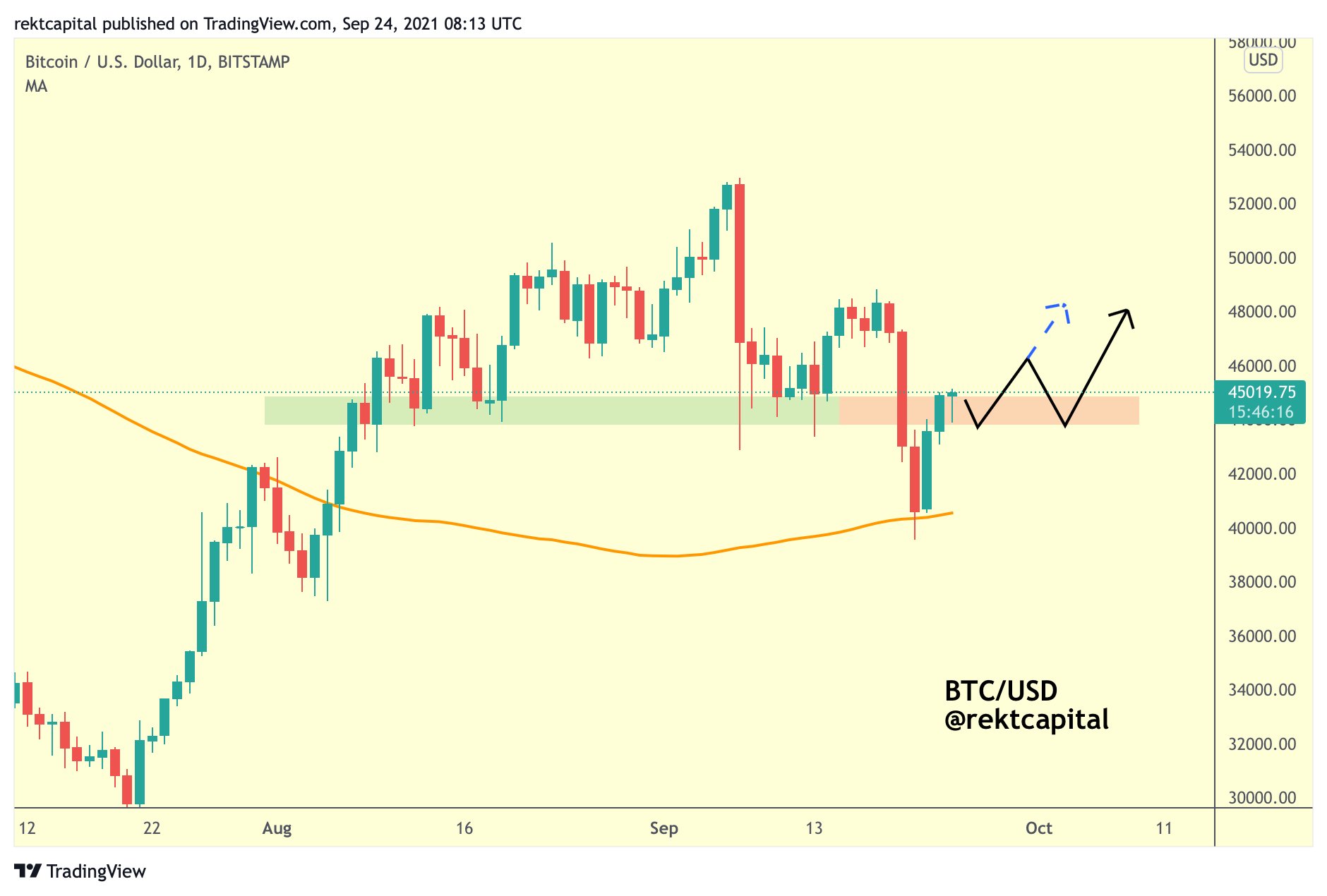 Related: Too ‘grande’ to fail — Bitcoin price stumbles at $44K as China plans for Evergrande’s implosion

The S&P 500 saw its best day since July on Thursday, and Bitcoin maintained its positive correlation to equities.

The United States dollar, which had capitalized on stocks’ sell-off, fell dramatically, with the U.S. dollar currency index (DXY) bouncing off support at 93. 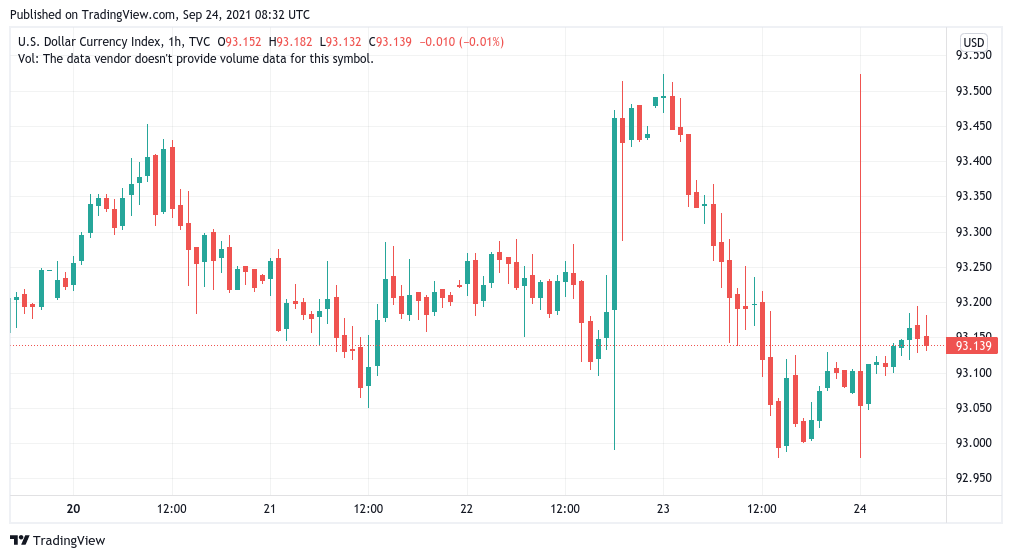 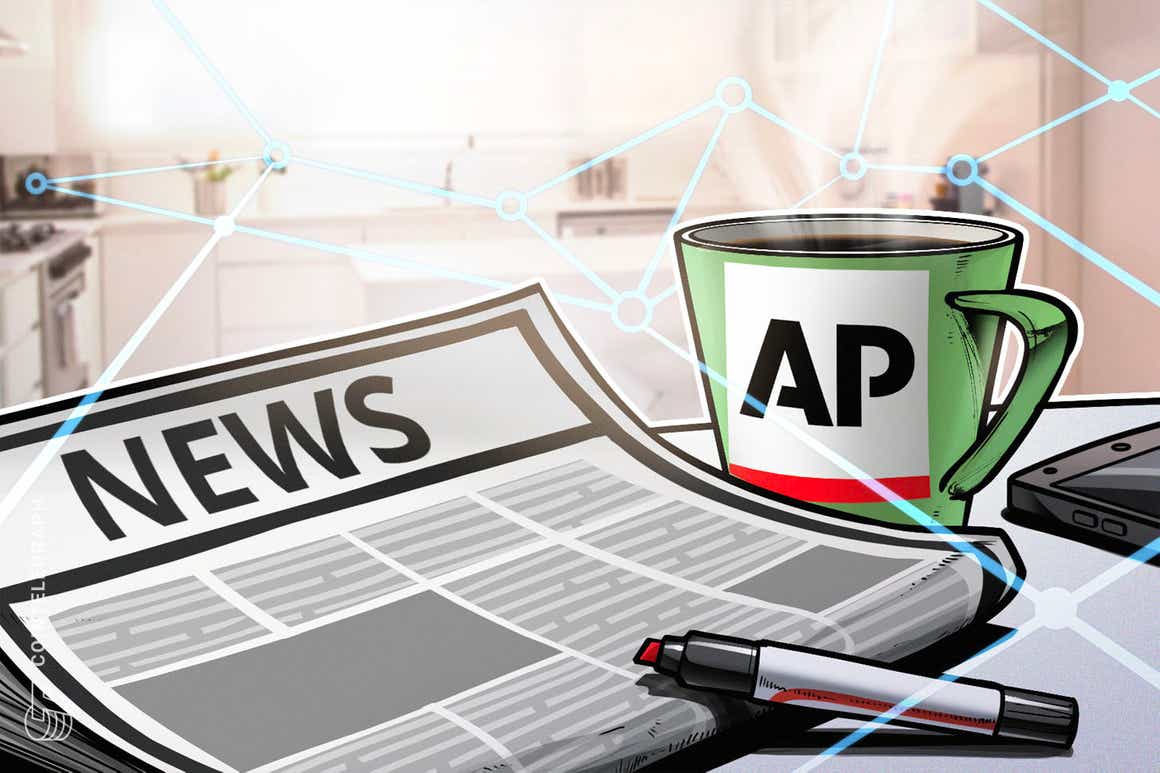