Bitcoin (BTC) might be in the early phase of a major new bull cycle, a key on-chain metric suggests on Oct. 27. The dominant cryptocurrency has entered the “belief zone,” which historically marked the start of explosive rallies.

According to Glassnode, the last time the Net Unrealized Profit/Loss (NUPL) reached the belief zone was in June 2019. In the month that followed, Bitcoin rose from around $7,500 to $13,868 by over 80%. 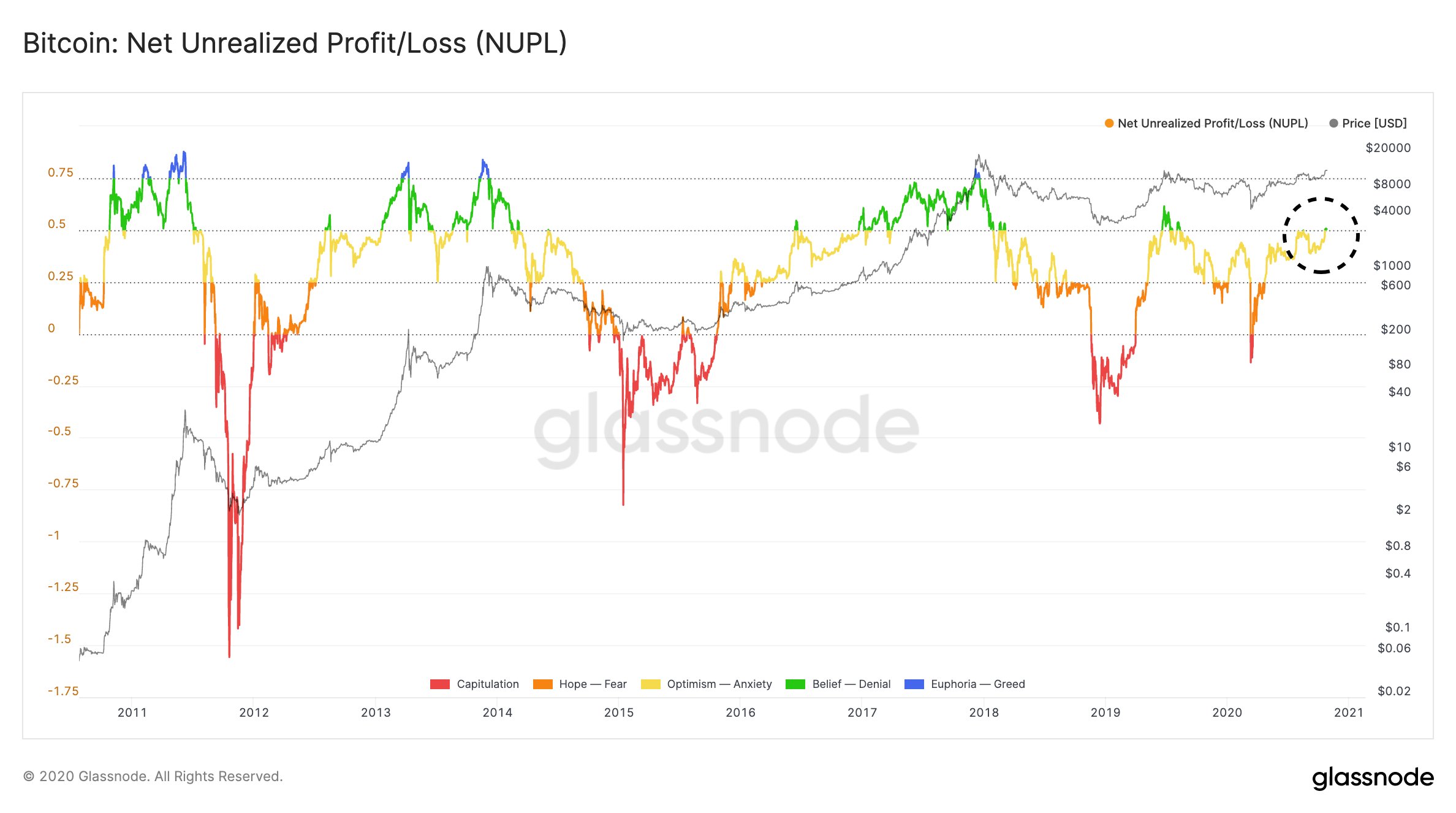 What is NUPL and why does it signify the start of a Bitcoin bull run?

The NUPL metric essentially gauges how many Bitcoin holders are in profit or at a loss. If the metric rises, it means more investors are profitable since they purchased BTC.

The researchers at Glassnode calculate NUPL by evaluating the price of Bitcoin when it enters a new address.

“The number of UTXOs in profit/loss is computed in a straight-forward manner: We simply count all existing UTXOs whose price at creation time was lower or higher than the current price, respectively.”

Currently, more than 50% of the Bitcoin market cap is represented by unrealized profits. This means the overwhelming majority of BTC holders and investors are in profit.

Albeit the metric could be interpreted negatively because investors could begin to sell, historically, NUPL would have to rise much higher to signal a top. Glassnode writes:

“Bitcoin investor sentiment: Net Unrealized Profit/Loss (NUPL) has been in the ‘Belief’ zone for the past week. Currently, over 50% of the BTC market cap consists of unrealized profits – a level not seen since August 2019.”

Throughout 2017, Bitcoin stayed in the belief zone for a prolonged period, compared to the 2019 rally. There is a possibility that a similarly extended accumulation phase could emerge in 2021 because of the post-halving cycle.

Analysts often attribute the 2017 rally to the post-halving cycle. In July 2016, Bitcoin experienced its second-ever block reward halving. Since the halving causes the rate at which new BTC is mined, it directly impacts its supply. After a year following the halving, BTC started to rally.

The latest halving occurred in May 2020. If a similar pattern ensures, BTC could continue to rally throughout 2020 until the second half of 2021. 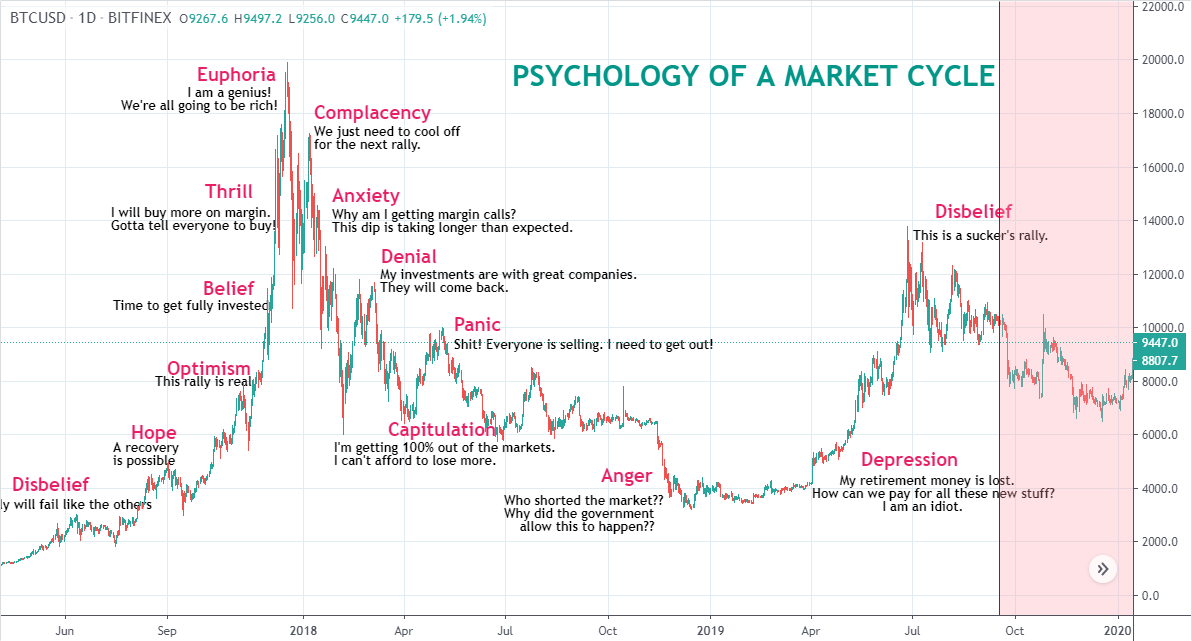 What analysts say about the near-term price trend of BTC

In the short term, analysts and traders expect the price of Bitcoin to pull back in a healthy consolidation phase.

Researchers at Santiment said that on-chain and social metrics show concerning signs, possibly because BTC is becoming overheated. They said:

“This weekend was all about analyzing $BTC’s sustainability above $13k. As of now, our on-chain and social metrics are showing more concerning signs than encouraging.”

Unlike the 2017 bull run, the current BTC rally has been more sustainable. It has established numerous major support and resistance levels, which decreases the chances of a massive correction.