The AVAX price reached a little over $110 after rising circa 16% week-to-date (WTD), with its circulated market cap hitting $23.76 billion, almost 0.93% of the total crypto market cap. 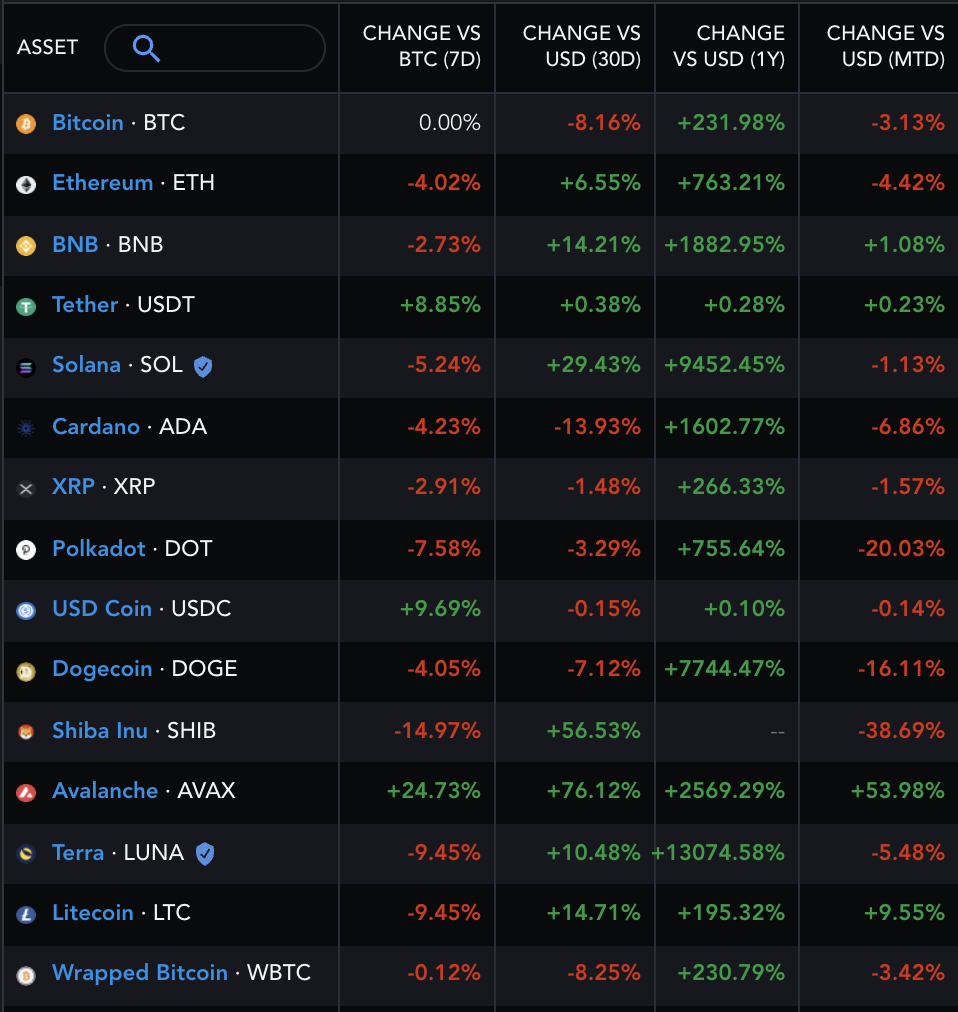 AVAX picked its bullish cues from Deloitte’s decision to use the Avalanche blockchain for building a disaster relief platform.

The deal, according to Avalanche’s founder Emin Gün Sirer, would “help state and local governments easily demonstrate their eligibility for federal emergency funding.” Avalanche’s blog post further noted that their blockchain solutions would assist Deloitte in “minimizing fraud, waste, and abuse,” which is prevalent in existing disaster management solutions.

In detail, AVAX works as an in-house payment method for Avalanche, i.e., a basic unit of account between the multiple subnetworks created on the Avalanche platform. Users also employ AVAX to earn passive income by staking their coins on the network.

Meanwhile, the Cointelegraph Markets Pro’s VORTECS™ Score flipped green on Nov. 12, prior to AVAX climbing to new highs. The VORTECS™ Score is an algorithmic comparison of historical and current market conditions derived from a combination of data points including market sentiment, trading volume, recent price movements and Twitter activity.

Pseudonymous market analyst “Seq” tweeted a rocket emoji sign to indicate their long-term upside bias for the Avalanche token based on the Deloitte adoption.

Another analyst, Nico, noted that AVAX’s latest price climb accompanied a rise in trading volumes, proving that the current climb had strong momentum behind it, adding:

“Looking for it to HODL around the ATH area, aiming for a retest/flip as continuation. If happens, then looking for $210k+”

Nevertheless, AVAX’s climb this week also made it an overbought asset based on its relative strength index (RSI) signals. As a result, AVAX became overheated.

The AVAX price dropped by more than 10% on Nov. 18 after hitting its record high of $110. Furthermore, the selling pressure intensified as the Avalanche token tested its upward sloping resistance trendline (dotted) that constituted a rising wedge in conjugation with the lower ascending trendline support below (the black trendline).

Ideally, the AVAX price may continue rising until/ahead of hitting the apex (the point at where its two trendlines converge). Then, it would risk dropping lower by as much as the maximum height between the two trendlines. That roughly puts AVAX en route to $90.

A clear bearish divergence between a rising AVAX price and its falling RSI also hints at the token’s weakening upside momentum.