Traders were caught flat-footed on Sept. 7 after a sharp collapse in the price of Bitcoin (BTC) saw the digital asset fall below $43,000, and this led to widespread liquidations in derivative markets as more than $3.54 billion was liquidated.

Bullish sentiment had been on the rise coming out of the Labor Day holiday weekend in the United States because Bitcoin was officially recognized as legal tender in El Salvador, but the celebration was quickly extinguished by BTC’s 16% plunge.

Data from Cointelegraph Markets Pro and TradingView shows that the sell-off in BTC began during the early trading hours and accelerated into midday as the price of Bitcoin fell to a low of $42,837 before dip buyers arrived to bid it back above $46,500. 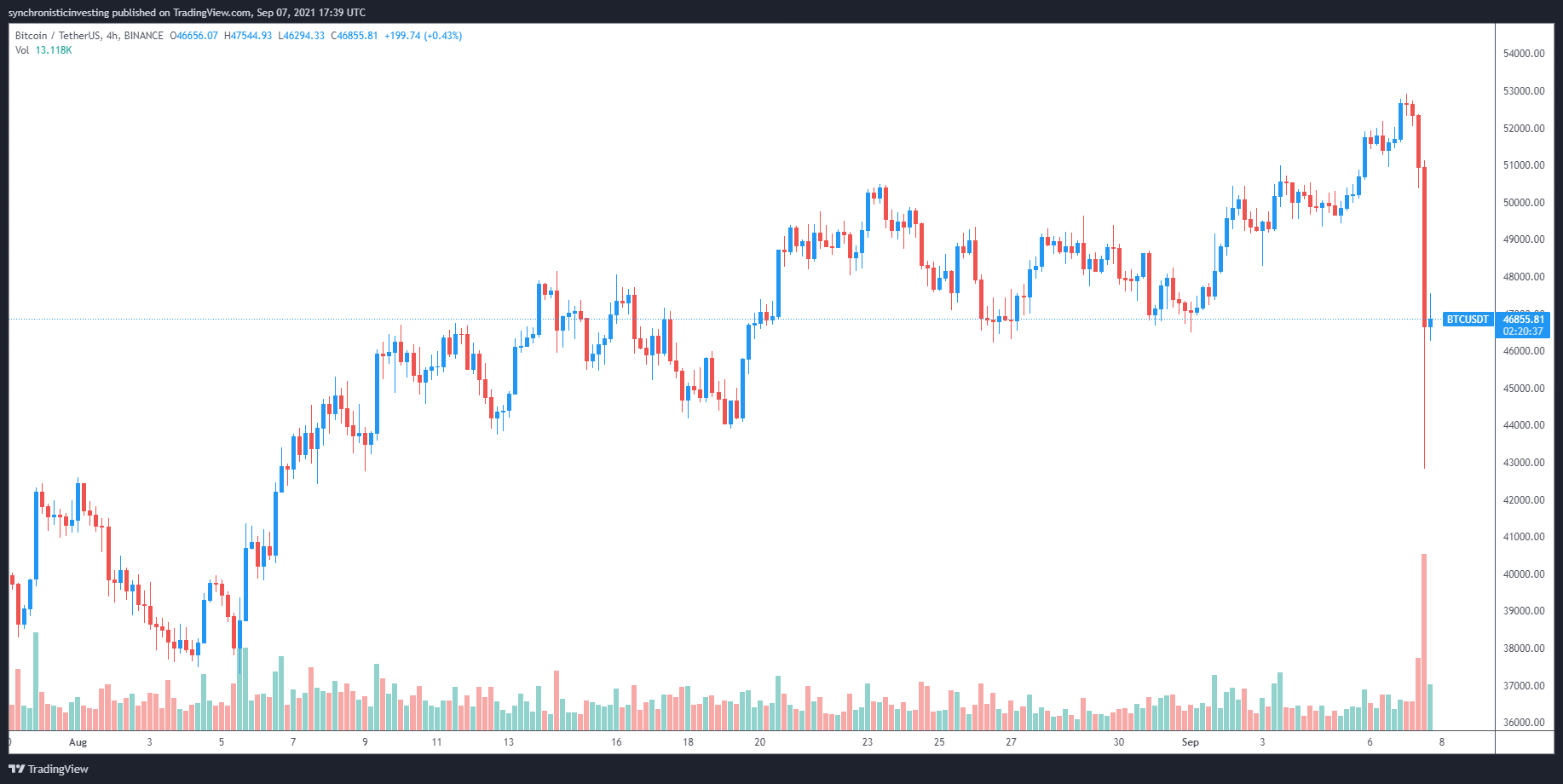 Here’s what traders are saying about this rapid sell-off and what to be on the lookout for as the market attempts to digest the chaos of the day.

Longs are heavily liquidated as BTC sells off

A fact-focused analysis of the current state of the market was offered by on-chain analyst Willy Woo, who posted the following tweet outlining Sept. 7’s developments.

As noted by Woo, the wider financial markets opened the day risk-off, which put pressure on the crypto market that cascaded as the day progressed.

The ensuing sell-off resulted in $1.1 billion worth of Bitcoin liquidations, but on-chain data does not suggest that investors are in a rush to close their positions, and the most recent activity shows that exchanges are back in buying mode.

A follow-up tweet from Woo shows just how unexpected Sept. 7’s move in the market was, a good reminder that risk management is always something to keep in mind in the crypto market.

“Not entirely sure WTF just happened, but that’s the sequence of events. The sell-off was mainly on derivative markets (like most crashes).”

According to Poppe, if BTC can manage to close above the $47,000–$48,000 range following this pullback, the move will be considered an outlier to the previously established trend and a good buying opportunity, should the uptrend resume.

Not all traders were caught off guard

Not all participants in the market were caught unaware by Sept. 7’s downside move, as highlighted in the following tweet posted by analyst and pseudonymous Twitter user Crypto_Ed_NL.

A follow-up tweet included the following chart showing that the scenario played out just as Crypto_Ed_NL had warned. “BTC reached the green box. Let’s see how it bounces….. Should be it for this correction in my opinion.”