Over the years, technology giants have striven to take advantage of the newest and most advanced technologies to stay ahead of competition and to gain a competitive advantage over their peers. Google has invested fully in the emerging field of artificial intelligence (AI) with over 14 acquisitions, Amazon is leading the research and development of drone technology for its deliveries, and Cisco’s $1.4 billion acquisition of Jasper Technologies positioned it squarely in the internet of things (IoT) space. And now the tech giants have set their sights on the next frontier of competition: blockchain technology.

While cryptocurrencies have been the primary offering of blockchains, other uses are emerging every day, especially in the enterprise blockchain field. The initial apprehension is slowly being replaced by eagerness and expectation as more people recognize that blockchains are the next revolutionary technology. The biggest banks in the world have already begun to invest in blockchains, for example JP Morgan which is having a blockchain platform of their own. The stage is set and the big tech players are determined to take the lead. 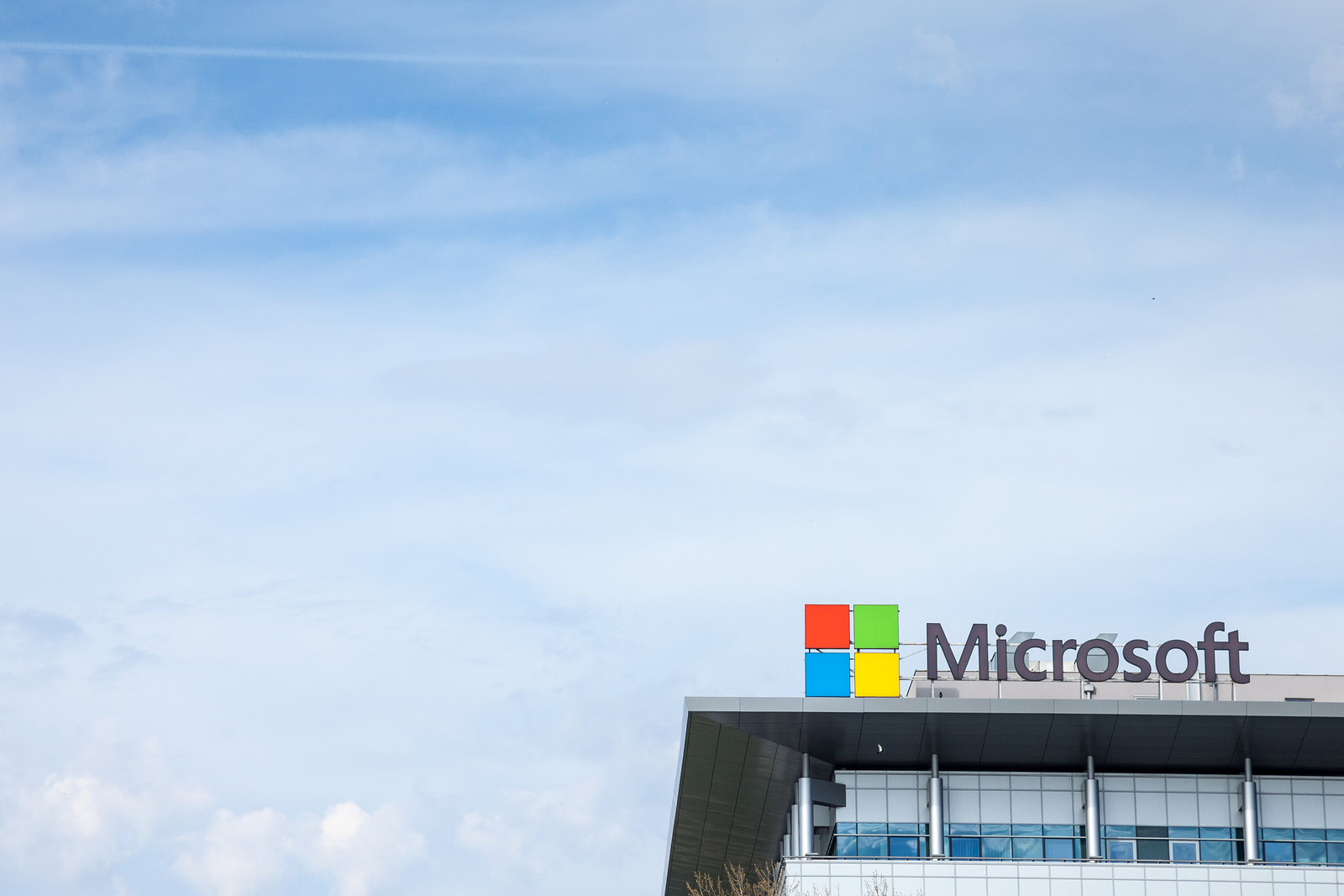 Earlier this month, Microsoft announced the launch of the Azure Blockchain Workbench, a blockchain app creation service. The service will allow its users to develop customized blockchain applications in just a few days by “automating infrastructure setup, so developers can focus on application logic, and business owners can focus on defining and validating their use cases.” The service comes complete with templates that automate network construction and ledger deployment and also integrates the blockchain network with Azure services for a fully functional application.

This is just the latest blockchain offering from the Washington-based software maker. While the company and its founder Bill Gates have continued expressing hostility towards cryptocurrencies, Microsoft has developed a suite of blockchain-based products, including a digital identity management system that will rely on the blockchain to enable its users to control and own all elements of their digital identity. The company also released a whitepaper that goes into detail about blockchain applications in cybersecurity.

International Business Machines is among the oldest tech giants and it’s also one of the earliest entrants into the blockchain space. The New York-based company has partnered with various enterprises from all over the world to develop blockchain solutions for their needs. Its blockchain applications have touched on diverse industries giving it one of the biggest blockchain portfolios among the tech giants.

In the supply chain management industry, IBM has partnered with the world’s largest container shipping company Maersk to develop a blockchain solution which will digitize supply chains and improve global trade. IBM has also partnered with a group of companies involved in the food supply sector to develop a blockchain platform that aims to make food safer for consumers. These include Kroger, McCormick, Unilever, Walmart, Nestle and Tyson Foods. The company is also behind TrustChain, a blockchain platform that will allow jewelry customers to track the origin of their jewelry. The initiative is in partnership with some of the biggest names in the precious metals and jewelry industry including The Richline Group, Helzberg Diamonds and LeachGarner. IBM also has blockchain products targeting the charity sector, environmental credit trading, agriculture and the insurance industries. 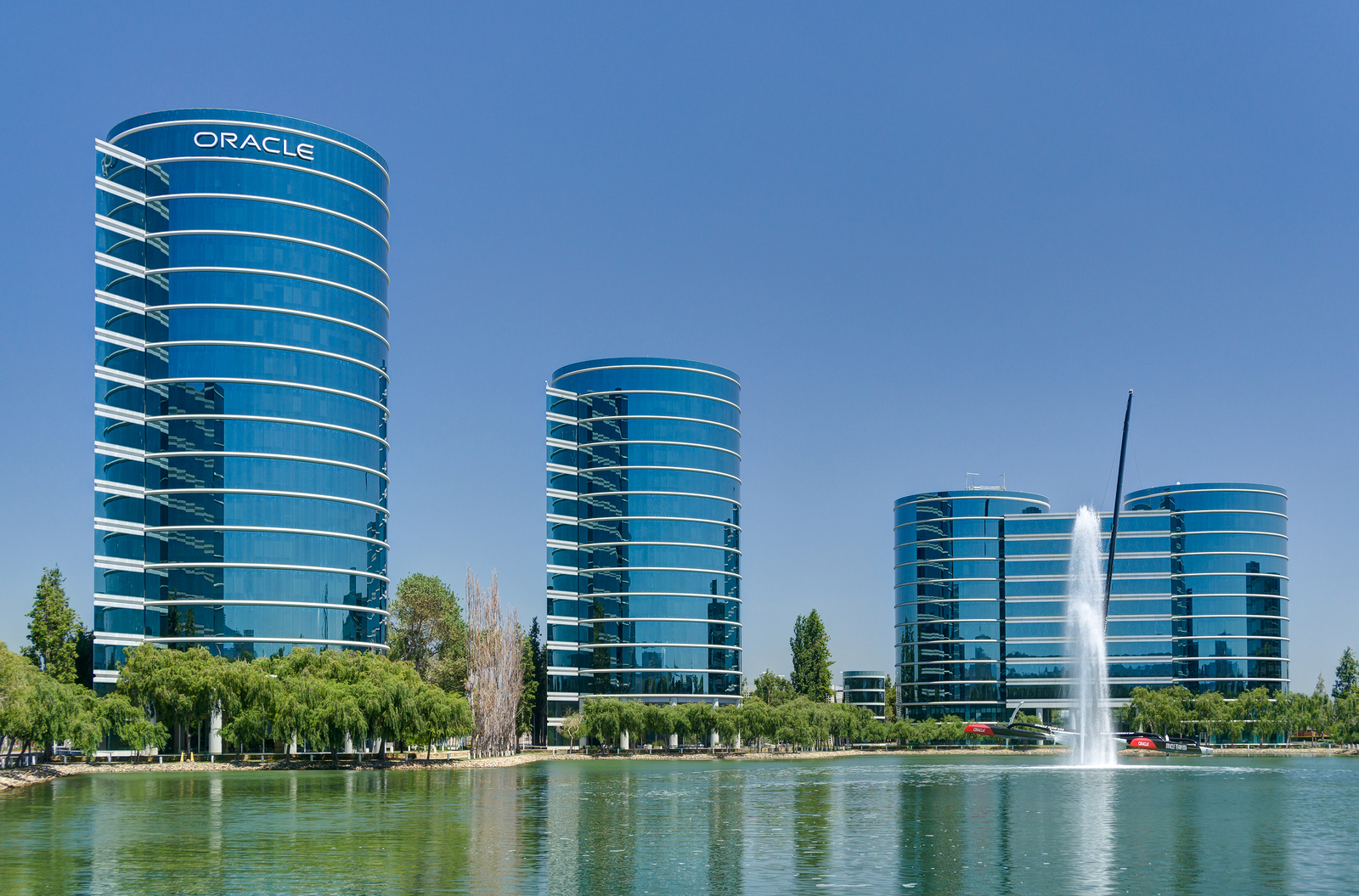 Oracle is a late entrant into the blockchain bandwagon and is playing catch up, but its intentions are as serious as all the other companies. The California-based company announced earlier this month that it would be offering blockchain-as-a-service products beginning May and rolling out decentralized ledger-based applications starting June. The products would be targeting pharmaceutical companies for the digitized management of their drugs supply chains. The company further revealed that its blockchain products are already in use with one of its clients being the government of Nigeria which is using the blockchain for customs and import duties documentation. Banco de Chile has also been using Oracle’s blockchain platform to log interbank transactions on a hyperledger.

Amazon is yet another late entrant into the blockchain industry, but one whose potential to dominate is huge. The company made headlines when it was reported to be looking at cryptocurrencies as a payment method in its platform, but it has since begun investing in blockchain technology to keep up with its peers. In April 2018, the company announced the launch of AWS Blockchain Templates which will make it easier for users to create blockchain networks using open source frameworks. Using the templates, users don’t have to involve themselves with the underlying technical infrastructure and can instead focus on building blockchain applications on the Ethereum and Hyperledger Fabric networks.

As reported yesterday, Amazon also announced a partnership with Kaleido, a startup that is a spin-off from blockchain incubator ConsenSys, which will see the two companies provide a blockchain-as-a-service offering. The service will be built on the Ethereum blockchain, with the co-founder of Ethereum Joseph Lubin describing the move as the biggest yet by Amazon into the blockchain industry.

Google seems like one of the proponents of a popular “cryptocurrencies are bad but the blockchain is good” narrative that many companies and individuals have adopted. The search engine giant announced earlier this year that it’d be banning crypto-related ads from its platform to protect users, which led to a major price fall for most cryptocurrencies. However, the company is pro-blockchain and it has already started developing blockchain solutions.

In March 2018, the company revealed that it was working on two blockchain applications. One which would focus on a tamper-proof auditing system, the other one being an independent cloud operations platform. Google has already filed for a patent on its technologies but is yet to release any working product. Google’s parent company Alphabet Inc. is also one of the biggest institutional investors in the blockchain industry according to a report by CB Insights. Alphabet has invested in Blockchain.info, a bitcoin explorer and wallet provider which is among the most popular worldwide and XRP’s parent company Ripple Labs.

What Does The Future Hold?