After a few days of sideways trading, it seems that Bitcoin bulls have roused and are pushing BTC towards $12,000 again. The current price of Bitcoin is around $11,697 with positive momentum.

On the daily chart, the first-ranked digital asset is not facing a lot of resistance until $12,123, but of course, the $12,000 psychological level will always act as a strong resistance point.

It appears that both twins are bullish on Bitcoin and think the current week will be really positive for Bitcoin. 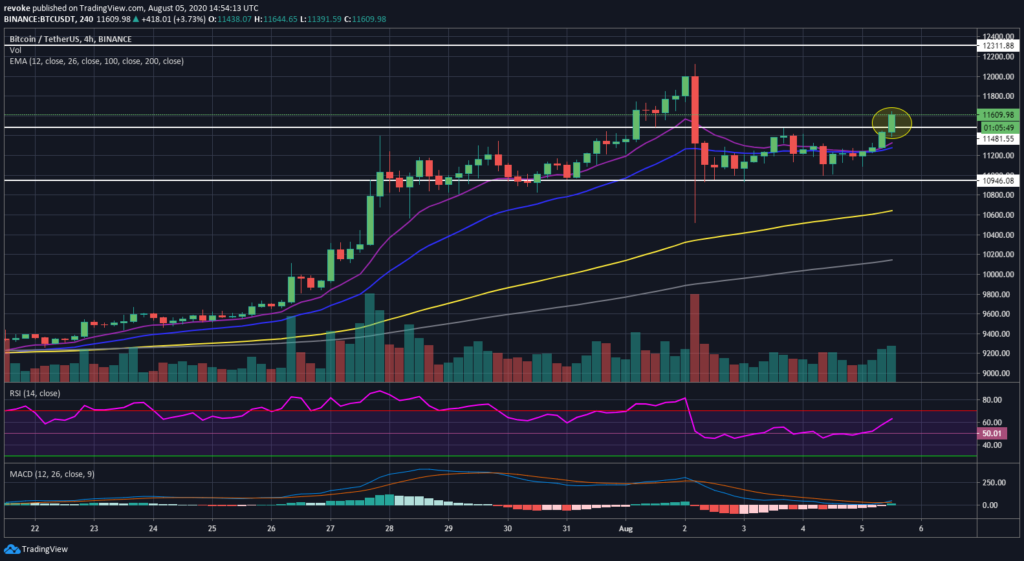 Let’s check the 4-hour chart to see if Bitcoin’s momentum has shifted towards the bulls or not. BTC was trading sideways between $11K and $11,500 for the past two days. The most important resistance level was established at $11,473, a level that was obliterated by the bulls in the 4-hour chart confirming an uptrend again. The 12-EMA and the 26-EMA were on the verge of a bear cross but the recent breakout has stopped them.

The MACD just turned bullish again while the RSI is not yet in the overbought territory. The next resistance level is $12K and $12,123. The last two candlesticks formed by the bulls are posting increasing trading volume.

The weekly chart is also in a firm uptrend and bulls are looking at $12,330 and $14,000 as the next two most important resistance points. If they manage to climb above $14K, bulls will set a new two-year high for Bitcoin. 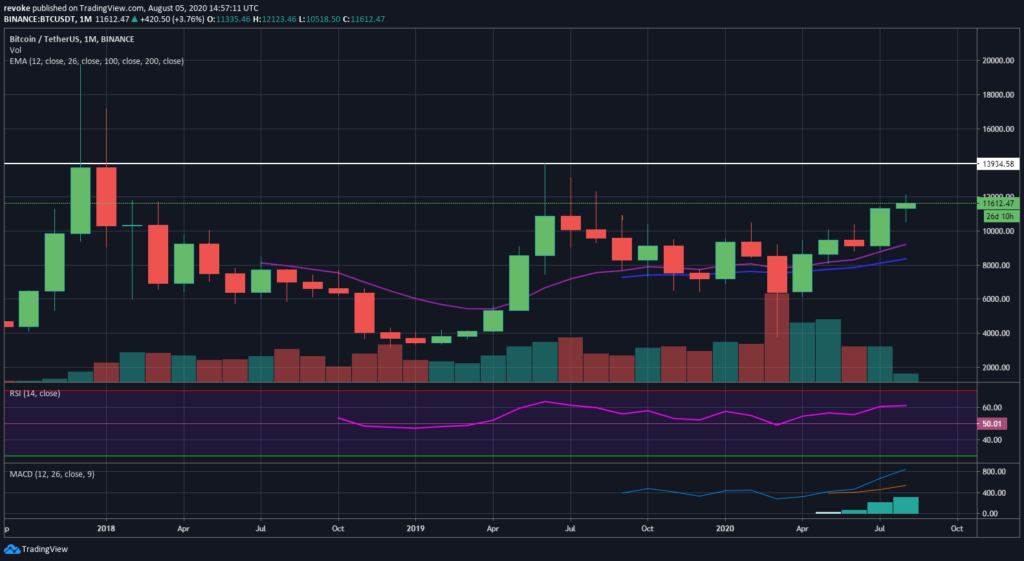 Most importantly, the monthly chart has confirmed an equilibrium pattern after the bulls defended the low of $3,156 establishing a new higher low at $3,782 in March 2020. A break of $13,970 would most likely be accompanied by a huge move towards $20,000.

Tezos Recoups at $2.27 Low to Escape the Downtrend
We and our partners use cookies on this site to improve our service, perform analytics, personalize advertising, measure advertising performance, and remember website preferences.Ok