Bitcoin had on what many will agree was a “bull run hiatus,” as the bear market took over for the past two months. But in July, the bears eventually got knocked off following a massive short liquidation that flushed the market.

On Tuesday, the bears were ripped apart as over $1.11 billion worth of Bitcoin, and neatly 100,000 accounts were liquidated. The result was an instant boost in Bitcoiners price, as bulls began to mark their territory.

So far, the bulls have rallied all the way up to $40,000; a price mark that was last seen over a month ago. But this is just the tip of the iceberg for Bitcoin, as analytical predictions are only just coming into fruition. 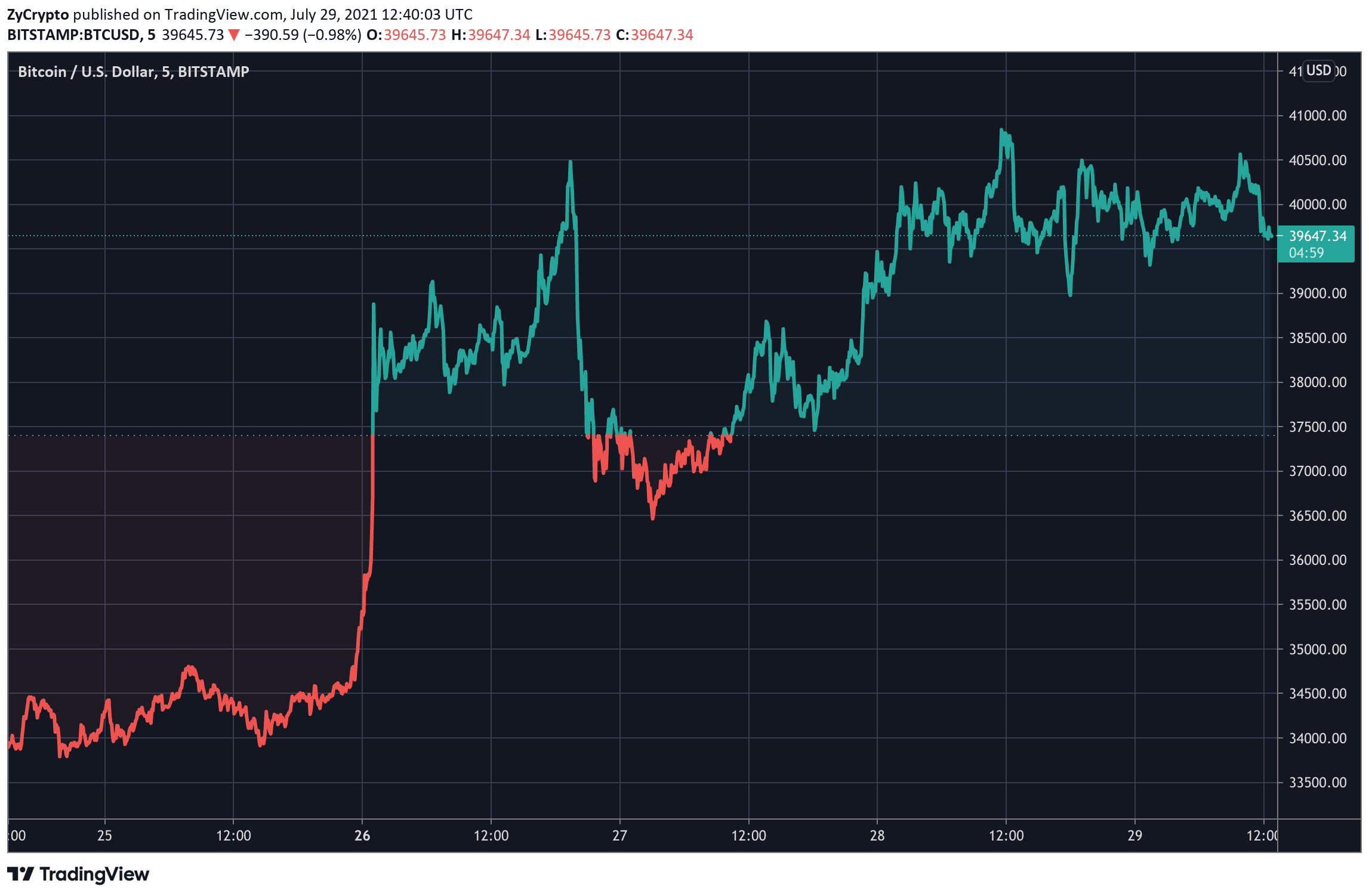 Bitcoin poised to soar higher in the near term

As we noted in a report from a while ago, Bitcoin is now imitating the bullish on-chain metrics that analysts pointed to a few weeks back. Following that, the market seems to have covered many significant fundamental woes that it fought earlier this year.

After the saga from China, and the one with Tesla and Elon Musk, accompanied with other events that fueled FUD, the market has made a U-turn; as it moved from building its reputation with institutional ties. Almost like a rebrand, Bitcoin is standing on its own and the market is very easily moving away from industry tension. Fundamentally, Bitcoin is in a bullish state and some observers are citing institutional fomo.

Bitcoin proponents are bullish as usual,

One Bitcoin maximalist put out an interesting take saying;

“61K coins have outflowed from Coinbase & Binance alone in the past 12 hours. I don’t want to get crazy, but this could potentially be the start of institutional FOMO. Many weren’t ready to buy in January; they are now. They will not let the price run away from them. Go BTC.”

Meanwhile, some analysts would argue that there was never a bear market. Anthony Pompliano is one of them and he’s even taken to Twitter to make this known.

“Bitcoin was never in a bear market. The critics got louder and new people got scared. The strong hands were accumulating heavily the last few weeks though. It is all right there in the on-chain metrics. Anyone can see the data. You just have to look…’