Bitcoin’s price might hit $15,000 in the next few weeks, as per price data gathered over the last week. This surge might push bitcoin past the pesky $12,000 and hit highs last seen in 2018.

The bitcoin surge seen over the last week is being underestimated by most of crypto Twitter [CT]. However, most of these haven’t dug deeper or looked beyond the surface. Doing so, the price data reveals an obvious relationship that hints at the aforementioned surge.

Over the past week, there have been 6 consecutive daily candles [starting from October 7]. As of today, the price seems to have been overtaken by the bears, as 1 bitcoin is worth $11,400-ish at the time of writing. 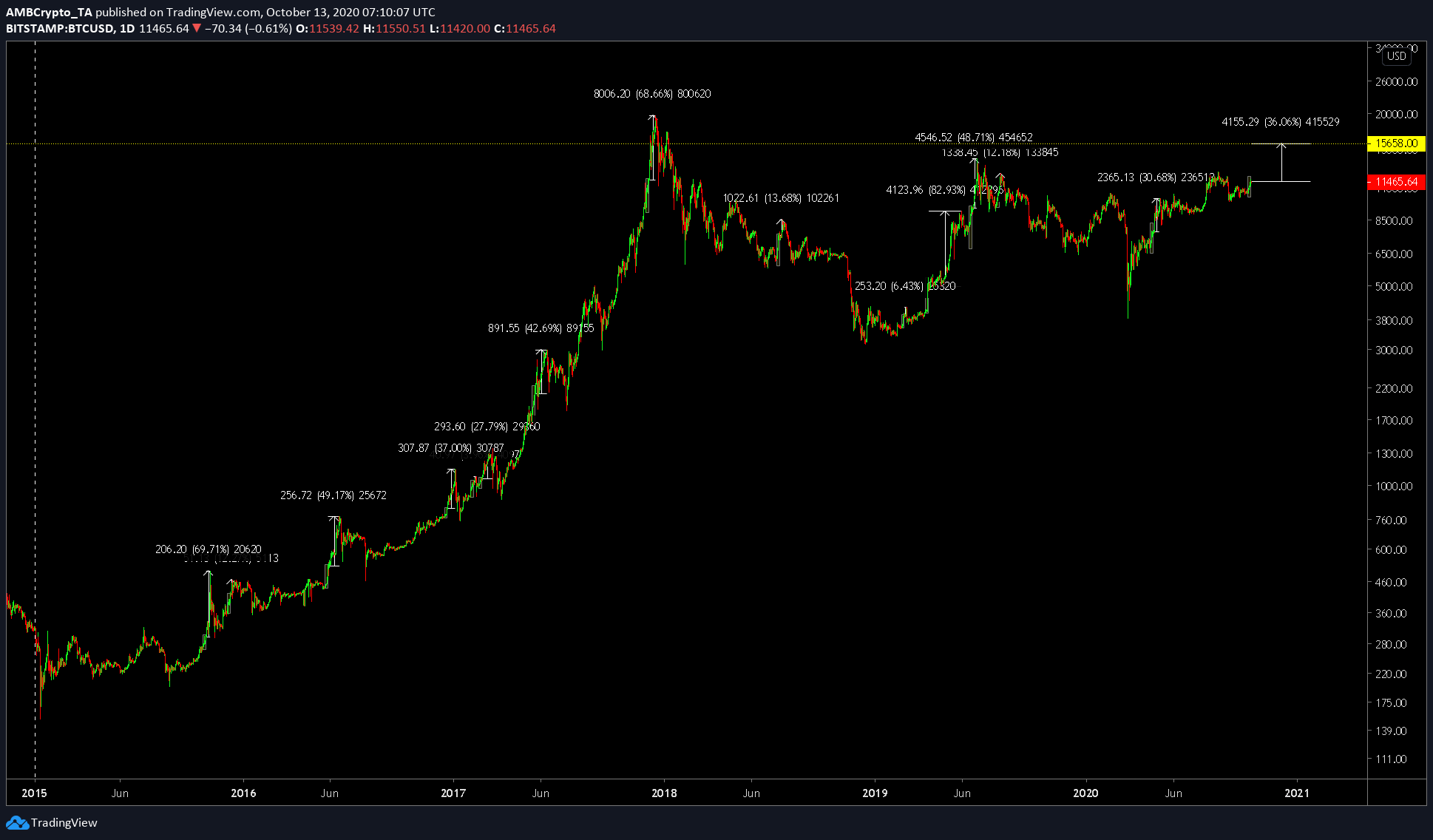 The clue lies in the past data; every time bitcoin has formed 6 consecutive daily candles, what follows next is a surge that varies from 3% to 83% that lasts from 24 hours to a few months.

To be precise, 6 consecutive daily green candles have formed 15 times from 2015 to date. Not once has bitcoin dipped lower after forming this pattern. Hence, there is no downside to this. 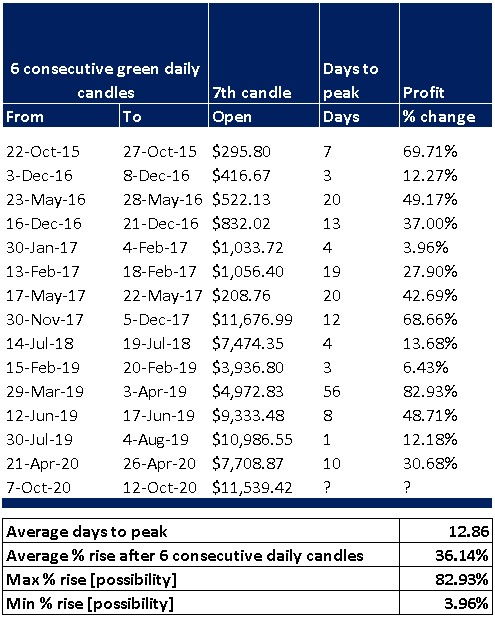 Past data is not indicative of future results. Additionally, the data considered in this article range from 2015 to date and doesn’t consider results before 2015. The data from before 2015 shows abnormal variations ranging from a 302% surge in 22 days to a 50% decline in 49 days.

Proper stop-loss can mitigate any risks that could hurt the investment.

Here are calculations that show how much money can be made by investing $100 in bitcoin at $11,500 and trading the same on Binance with 20X leverage.

Users Are Advised to Read the Fine Print Regarding PayPal BTC Transactions
We and our partners use cookies on this site to improve our service, perform analytics, personalize advertising, measure advertising performance, and remember website preferences.Ok