CME Open Interest [OI] saw a sharp increase from $515 million to $624 million from October 16 to 19. This surge is an interesting development due to two main reasons,

The price of bitcoin is very close to the $12,000 mark, which, if hit, will drum up some FOMO that will snowball the price higher, perhaps even consolidate in the $12,000 region. 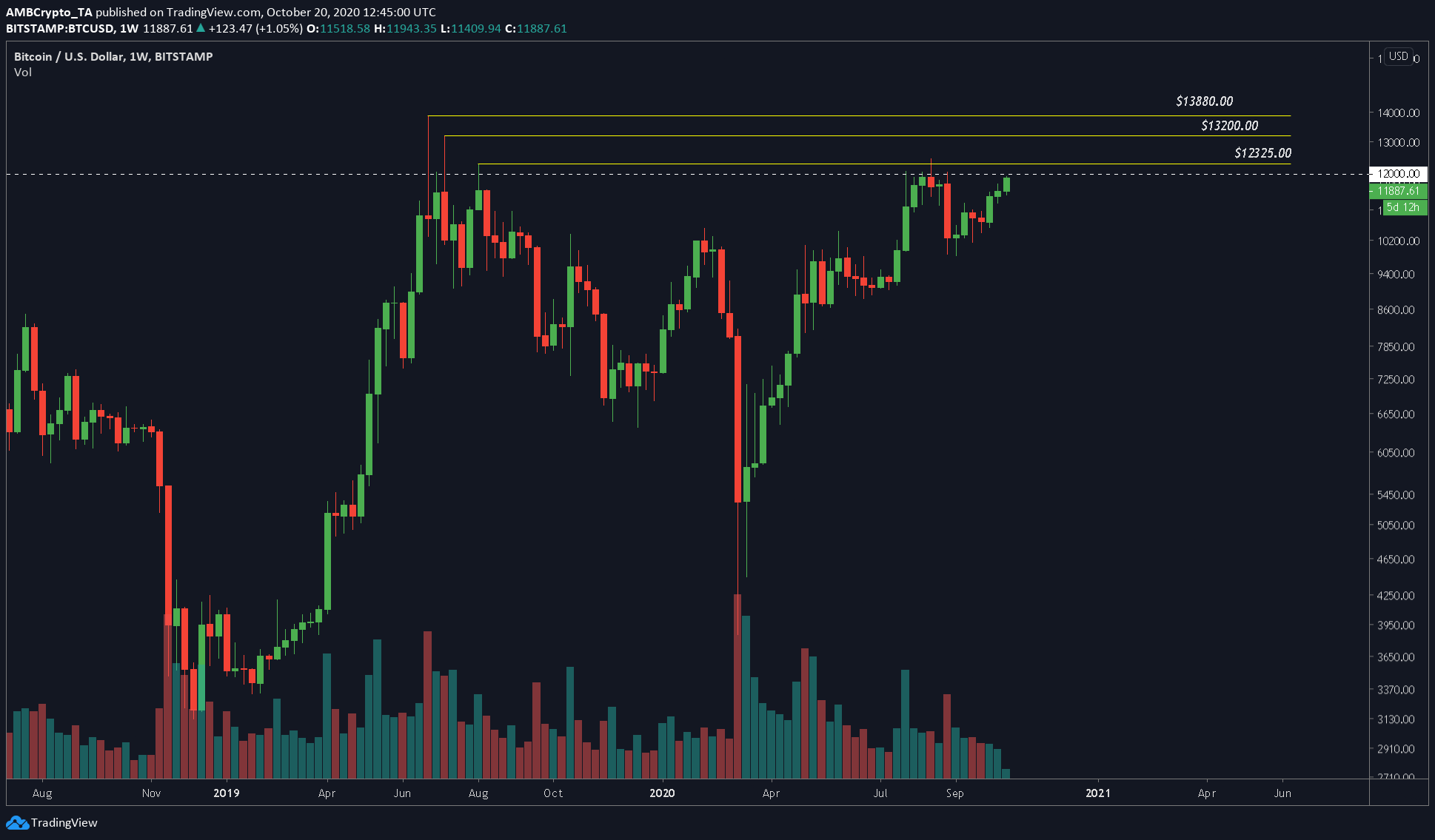 This is bullish because the higher the price goes further it is away from the CME gap, perhaps, we might even see the gap not being filled, which would be the first of a kind and interesting paradigm shift in the ecosystem.

It is common knowledge that retail is and has been the main driver of bitcoin’s price, be it the bull run of 2012, 2013, or 2017. Institutions would shy away from bitcoin calling it a fad, bubble, and countless other names. Due to this, the correlation of bitcoin was very low with other traditional assets and made it a suitable store of value or a hedge against inflation. 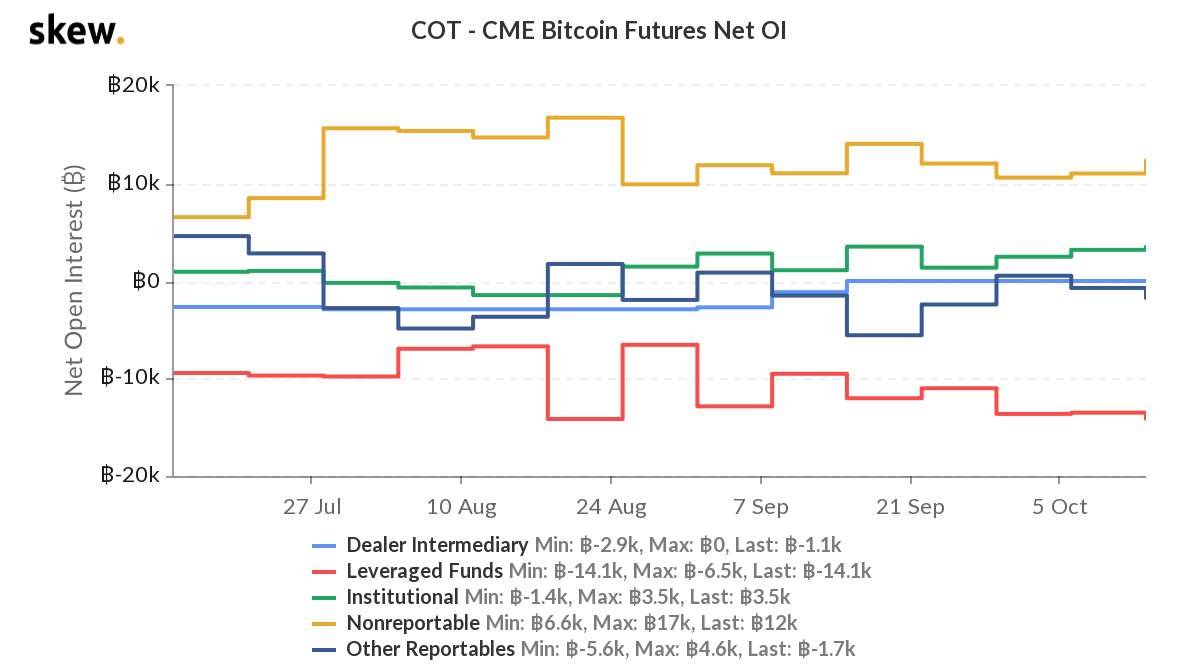 As of this writing, the CME COT Report showed that retail [yellow], as a whole, is net-long and has a position of 12,000 BTC. This is quite bullish considering levels above these were last seen in early August.

Additionally, the tango between the retail and hedge funds can still be seen, ie., the hedge funds [red] are short 14,100 BTC. The question is if retail’s bullishness will win over hedge funds. 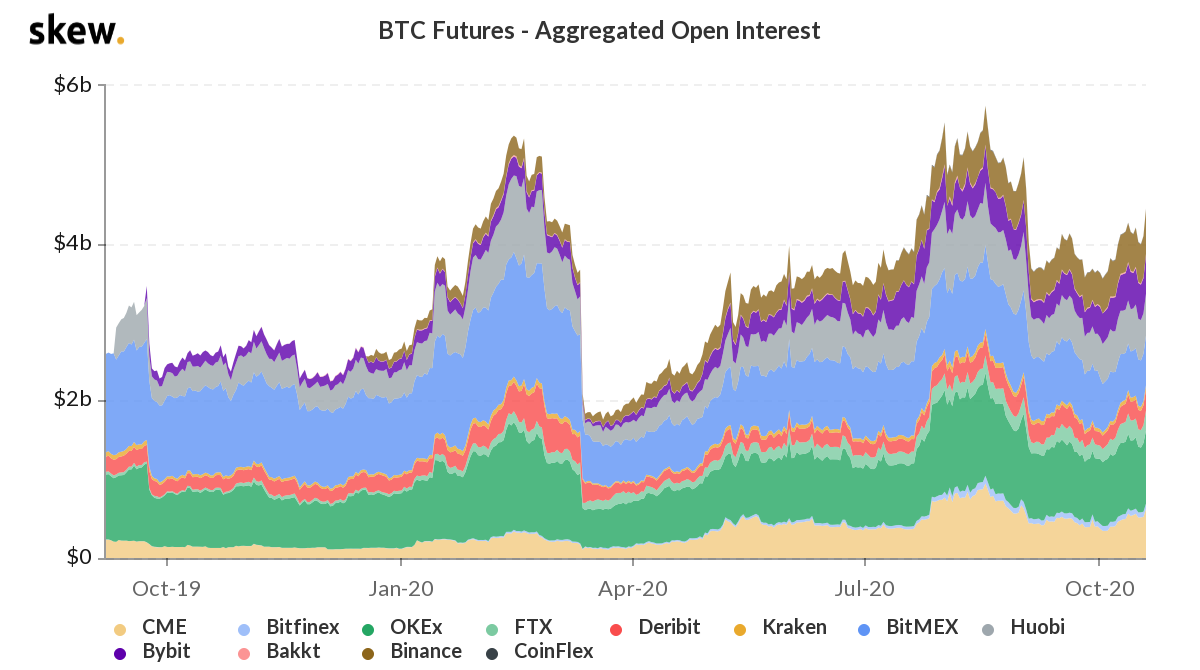 Furthermore, the overall OI on all exchanges is increasing, which further validates the bullish nature of this surge. At press time, the overall OI of bitcoin has risen above the $4 billion mark. These levels were last seen before the early September drop.

Regardless of hedge funds’ short position worth 14,100 BTC, we can expect bitcoin to slowly but surely move to $12,000 and higher.