Bitcoin has been on a continuous downtrend in the last 48 hours, losing 5% in just 24 hours. This has led to panic across the crypto community as uncertainty looms. Several key levels have been broken for several cryptocurrencies and Bitcoin isn’t left out. One analyst says however that this is a different pullback from that of 2018 which was majorly a severe bloodbath.

According to Rekt Capital, 2018 was a bear market in which Bitcoin’s movement was downward while the current one is only a pullback in an upward trend.

“This #Bitcoin retrace is going to be much different compared to the 2018 retraces. In the bear market, $BTC was in a macro downtrend with relief rallies on the way to new yearly lows. In this bull market, BTC is in an overall uptrend with small pullbacks on the way to new highs”

While the BTC/USD chart looks pretty ugly on lower time frames, a little zoom out would make one agree with Rekt Capital. One of the key indicators, the Moving Average suggests the asset is still strong against the dollar in the long term. The 20, 50, and 100 MA are still basically serving as support on the one-week chart although they have all turned to resistances on the daily chart and hourly charts. 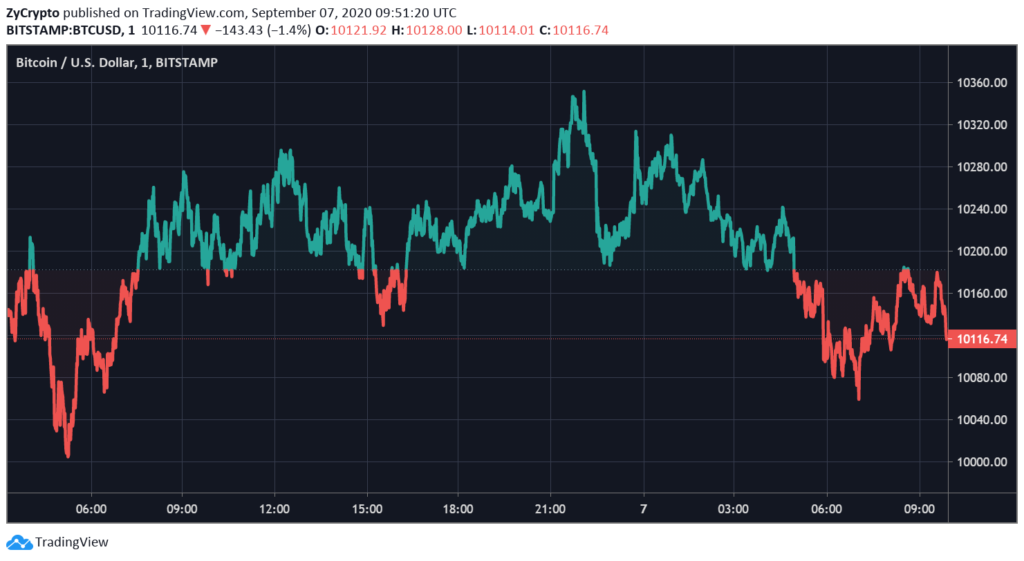 Will things get worse?

The $10,000 psychological point is a key line for Bitcoin in both bear and bull markets. Though Bitcoin was below this level for a while, it crossed the level on its way up in July. Since then, it has flown above $12,000 but has mostly been just under until 24 hours ago when the price started a rapid downward trend.

The question many are asking is if the price will break below the key $10,000. Although the price is dangerously approaching this level, an analyst had earlier this year said Bitcoin will never trade at 4 figures ever again. At this time, the crypto community is hoping that his parlances become valid because according to a Forbes article, it will be over for bitcoin if it crashes below $10k again.

Bitcoin Is Undervalued, Fair Value Price Should Be $15,000, Says Analyst

Huobi Global Launches Trading in HUSD Stablecoin
We and our partners use cookies on this site to improve our service, perform analytics, personalize advertising, measure advertising performance, and remember website preferences.Ok