Bitcoin and the entire crypto market have been caught in the throes of a sideways trading bout throughout the past couple of days.

BTC has been unable to shatter the heavy resistance that sits just above its current price, with buyers and sellers both being unable to gain any serious control over its near-term outlook.

However, its mid-term market structure remains highly bullish, which could indicate that further upside is imminent in the coming few days.

For this potential rally to come to fruition, bulls must break the heavy resistance in the lower-$13,000 region.

One trader believes that a growing number of short positions could act as rocket fuel for the next move higher.

At the time of writing, Bitcoin is trading down marginally at its current price of $12,950. This is around where it has been trading throughout the past few days.

If it cannot surmount the resistance between $13,11 and $13,500, it may continue seeing stagnating growth in the near-term.

A break above this region would put a move to significantly higher highs on the table.

While sharing his thoughts on Bitcoin’s near-term outlook, one analyst explained that Bitcoin’s market structure is overtly bullish, but the composition of long and short positions doesn’t reflect this.

He contends that this could mean there is serious room for further upside. 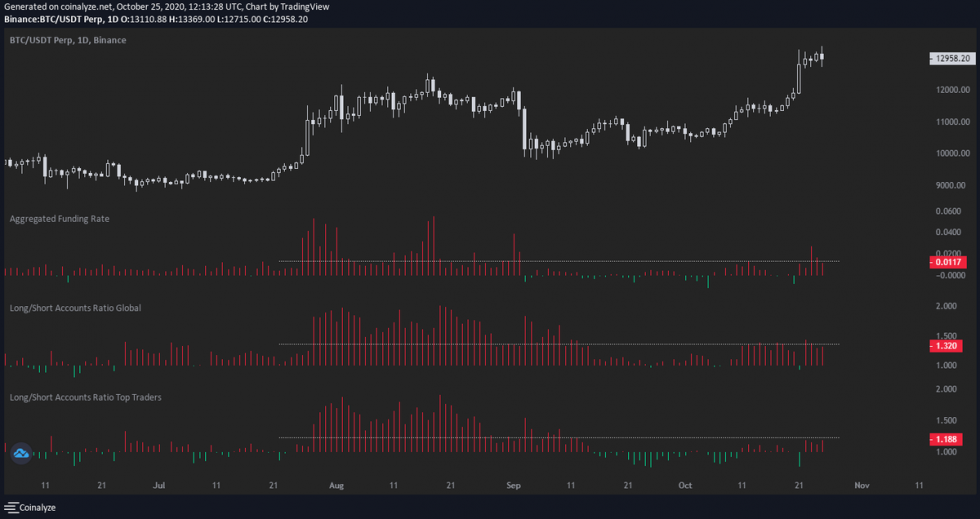 Which direction Bitcoin will trend throughout the rest of the year will likely grow clear in the coming few days, as it is currently trading near a pivotal level.