FED’s week is coming to an end and although the market is still absorbing the shock accessioned earlier in the month, things are not looking so flowery with crypto prices struggling to gain a footing in what now seems to be a fight for survival.

For the past 30 days, Bitcoin has shed off sizable gains after printing an all-time high in November thanks to positive sentiments around a possible spot ETF approval.

Despite all eyes seeming to focus on the feared Omicron crisis, negative comments by prominent personnel such as Hillary Clinton, and the Mt Gox factor, pundits are now inferring the ongoing weakness to a more concerning issue.

According to “the national root”, an on-chain and cycle analysis expert, reasons for the extended sell-off can be traced to Huobi’s exit from the Chinese scene.

With Huobi, the largest crypto exchange in mainland China knowing that there was no going back home as early as October, it had already issued a notice of its intention to completely shut down operations in the region.

To this end, the level of inflows to the exchanges in the region has been on the rise in the past 60 or so days. Apart from Bitcoin flowing from Asia to the US and Europe for some time, price movement by working hours reveals an unprecedented amount of selling by traders in Mainland China.

This is even as worries of not being able to trade surged after Huobi closed OTC transactions. Binance’s net position also changed recently to red, likely because of China. 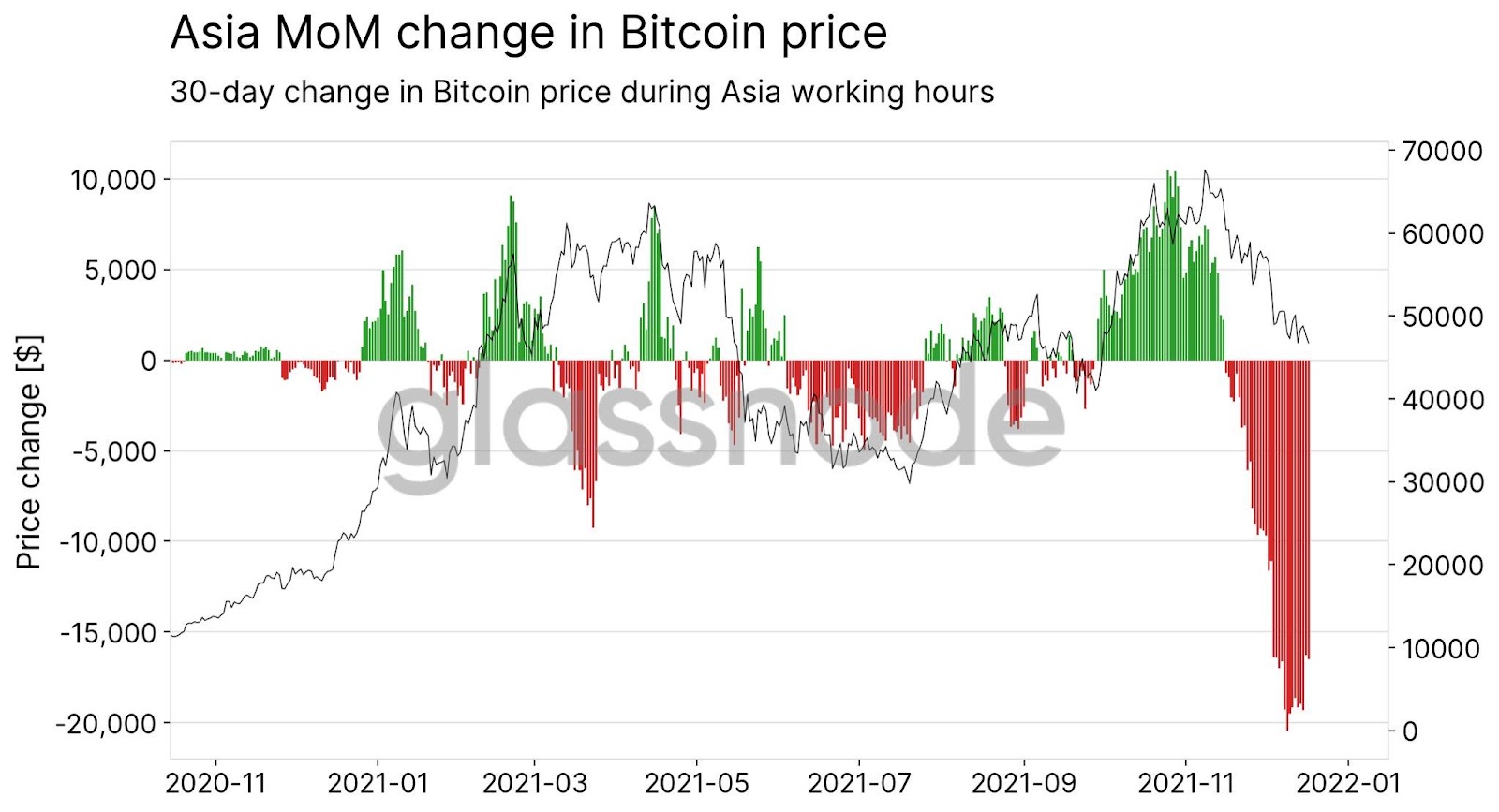 As opposed to expectations, Bitcoin’s price has also been hovering slightly below several key indicators such as the 21 weekly moving average that have historically signaled a transition from a bull to a bear market. In the past few weeks, extreme fear has also been priced into crypto with one foot seemingly being out of the door for everyone.

However, according to Charles Edwards, founder of Capriole Investments, “extreme fear”  is typical of major turning points thus healthy for Bitcoin. He reckons a historic rally fueled by doubt, shakeouts & panics in 2022 once the 2021 storm is over.

On the other hand, despite the sell-pressure from China being real, Glassnode data shows that there might be a silver lining. First, US and EU keep buying; and secondly, Asia selling seems to be decelerating. Similarly, exchanges such as Kraken which have most of their active users in the US and Europe are recording an increased number of bids on the dip.

Selling pressure also seems to be decelerating with Huobi having already been halted. Experts now expect the bull run to resume in January if most of this sell pressure dissolves by then.