Bitcoin is flashing some signs of intense strength today. While Ethereum and most other altcoins either consolidate or drift lower, BTC just set fresh 2020 highs as its bulls target a move towards $14,000.

Ethereum has been underperforming Bitcoin as of late, but it also tends to lag a day or two behind it when the benchmark crypto pushes higher.

As such, ETH and altcoins may start surging at some point later today or tomorrow – assuming BTC’s rally remains intact.

One analyst is now noting that he is expecting BTC to see some slight turbulence in the near-term, noting that a decline down towards $13,000 would be “healthy.”

He also notes that a break below this level would end Bitcoin’s uptrend.

At the time of writing, Bitcoin is trading up just under 3% at its current price of $13,420. This marks a serious surge from where it was trading just a day or so ago when bears pushed it as low as $12,800.

The support here proved significant and helped catalyze the momentum that has since sent BTC up to where it is currently trading.

Analyst: BTC Must Hold $13,000 or Risk Losing Its Strength

One analyst explained that $13,000 has now become a crucial level to watch in the short-term, as he believes another dip below this level would strike a serious blow to Bitcoin’s technical outlook.

He notes that a wick down to this level could be “healthy” and help incubate further upside.

“BTC LTF. Wick into grey would be nice / healthy imo, wanna see quick buyback from there. Lose grey and I’ll be fully out of longs.” 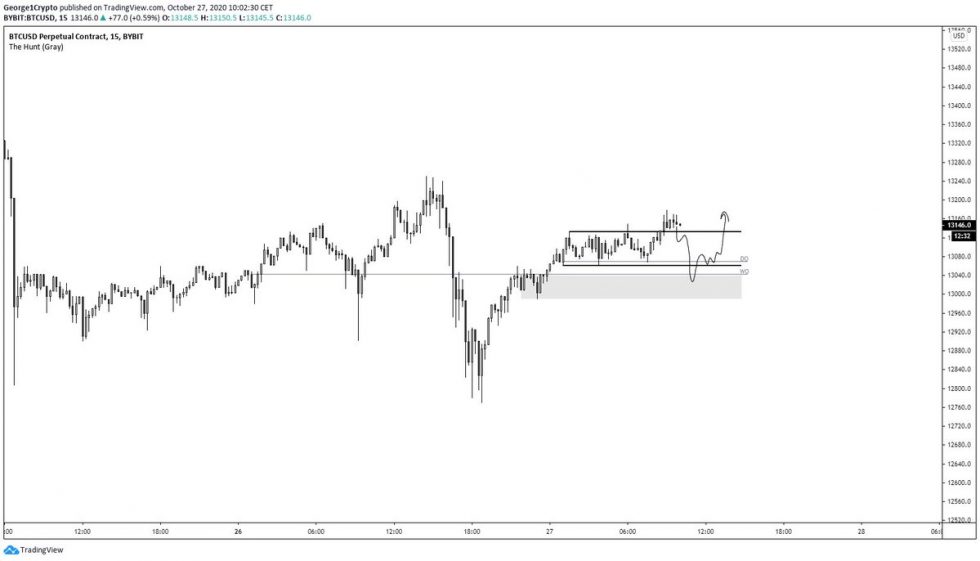 How Bitcoin continues trending in the days ahead should provide some insights into its near-term outlook and into whether a move to $14,000 truly is imminent.

Facebook's Libra launching in 2021 and Libra Association changes its name
We and our partners use cookies on this site to improve our service, perform analytics, personalize advertising, measure advertising performance, and remember website preferences.Ok