It seems like Bitcoin’s bull run is continuing despite US Presidential elections being still undecided at the time of writing. On 5 November, BTC breached a new target of $15,000. 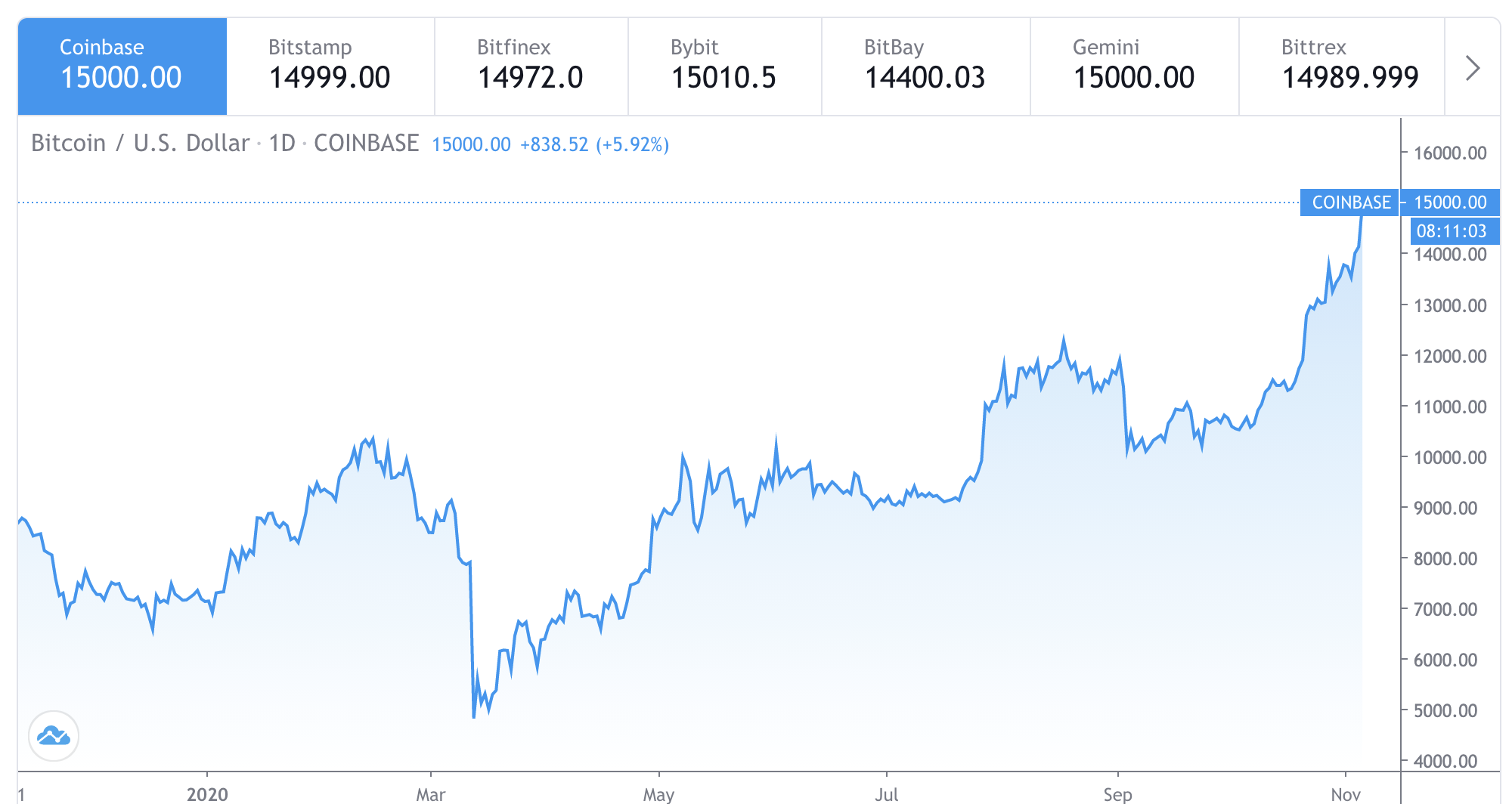 Only yesterday, BTC was hovering above the $14,000 range, a phenomenon not seen for the last two years, to say the least. However, BTC underwent a slight dip in prices from its $14,000 range to roughly $13,520 during Wednesday’s Asian trading hours, or more specifically after President Trump’s victory in Florida.

But the trend immediately reversed with BTC resuming its bull run and continuing to rally. In the last few weeks, BTC prices have rallied from the $10,600 range to a more recent $ 13,800. But bitcoin is still continuing its upward momentum. In fact, some traders and investors speculate that BTC  could well be on its way to an entirely new target of $17,000.

So far, with counting still going on in key states, U.S. media companies report that Democrat Joe Biden seems to be getting closer to winning the 2020 elections. Meanwhile, President Trump has reportedly filed lawsuits in key states, hoping to stop the counting of votes.

With regard to the impact of the Presidential race on the crypto markets, Bill Noble, Chief Technical Analyst at Token Metrics, said in a release emailed to AMBCrypto: