The list of institutional investors and hedge funds in cryptocurrencies just got a new addition to it. GoldenTree, a hedge fund with over $45 billion under management, has reportedly added Bitcoin to its balance sheet.

It was reported that two anonymous sources with knowledge on the development said the New York-based firm has added Bitcoin to its balance sheet as a “diversifier” to its already diversified debt-focused strategies.

However, the report does not reveal how much Bitcoin was added, what kind of custodial arrangement is being used to hold the asset, or if the firm plans to increase the investment in the future. Though it was revealed that they were looking to hire experts in general crypto investments and operations to bolster their already experienced crypto trading and investment workforce.

Hedge funds are rapidly getting on the cryptocurrency train in order not to be left out of what is thought to be the future of finance. Hedge funds and venture capitalists have been getting involved in cryptocurrencies via several means, from investing in crypto start-ups, participating in crypto companies funding rounds, to adding the asset to their balance sheet.

Some of the biggest names in the hedge fund management including Paul Tudor Jones, Alan Howard, and former White House commutations director Anthony Scaramucci have already gotten on board.

Paul Tudor Jones’ $44.6 billion Tudor Investment Corporation currently has around 1% to 2% of its assets in Bitcoin and plans to increase it to around 5%. Jones also revealed recently that should the Federal Reserve continue on its current stance that inflation in the US was “transitory” he would direct his firm in the path of going all-in on inflation hedge investments including increasing his Bitcoin holdings.

Similarly, billionaire hedge fund manager Alan Howard, who founded Brevan Howard Hedge Fund has also made massive moves into cryptocurrencies with the founding of cryptocurrencies focused startup Elwood –  a one-stop technology platform to enable institutions such as neobanks, fintechs, and asset managers to access and trade crypto assets across exchanges and liquidity providers with a single API. 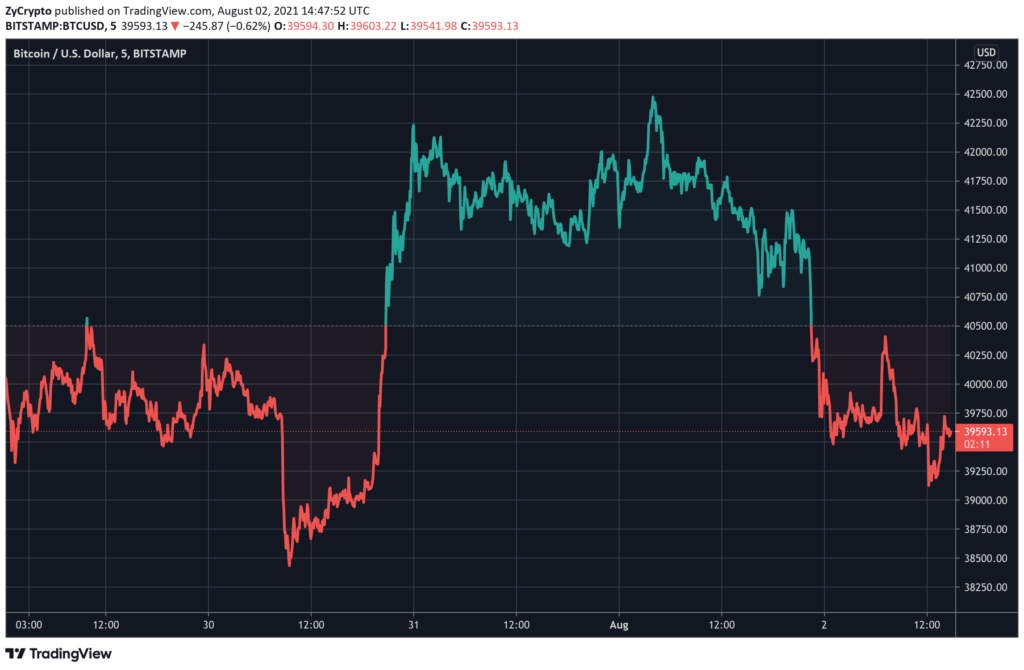 Additionally, Scaramucci’s SkyBridge Capital which first added Bitcoin to their portfolio last year revealed that Bitcoin was the largest contributor to gains this year at the firm according to a Financial Times report. The firm has gone on to file applications for both Bitcoin and Ethereum ETFs. The SEC is yet to approve any of the applications from the ever-increasing list of cryptocurrencies ETF applications that have been submitted to it.

Cryptocurrency adoption has generally received significant boosts from the number of institutional investors showing interest in owning it or making it available to their investors, and have seen its adoption skyrocket, especially in 2021.