Lightning Network, a “second layer” payment protocol that operates on Bitcoin, seems to be growing rapidly despite being at the nascent stage. The total number of active nodes on Lightning Network has recently crossed 2,000, with 5,801 open channels on the main network, while its total network capacity has rolled over to $150,000. 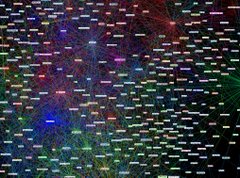 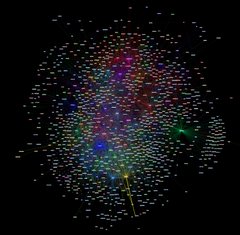 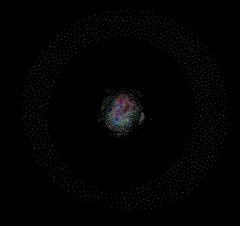 Lightning is a decentralized network using smart contract functionality in the blockchain to enable instant payments across a network of participants. Lightning Network is dependent upon the underlying technology of the blockchain. By using real Bitcoin/blockchain transactions and using its native smart-contract scripting language, it is possible to create a secure network of participants which are able to transact at high volume and high speed.

Lightning Network has existed less than five months, but has already grown to beat the much-touted Bitcoin Cash network. The data from Rompert speak to the fact that Lightning Network is improving.  In March, Lightning Network mainnet reached 1,000 active nodes. Then, at one point, over 2000 active public nodes were available to process transactions, which can confirm almost instantly for a fee of less than one satoshi per byte. According to Rompert, the network has now reached 7000 active channels.

The impressive rate of expansion marks increasing faith in the potential for Bitcoin to function as a go-to payment method rather than merely a store of value or investment tool. Elizabeth Stark, Lightning Labs CEO, believes that we are back to a Bitcoin, not blockchain world. “There’s all sorts of things that can be done when you have instant, high volume. We’re talking many thousands of transactions per second, one day maybe even millions per second… Bitcoin at its base layer can’t do that. But Lightning, because it’s this layer on top of it, can. We want to go even beyond that,” she said.

Lightning Network was long criticized by Peter Todd, Bitcoin Core developer. But he has finally come around to praise it, as he succeeded in making near-instant successful transactions with it.

Such a post was in his Twitter account in February. But later he changed his mind. Peter made three payments of $3, $5, and $40, and he described that each one worked just as well as the rest.

Todd’s feedback serves as an evidence of his approval of Linghtning Network, which points at the fact that Lightning implementations are at least a very good hub-and-spoke system.