Binance coin [BNB] added another feather to its cap after it surged and achieved a market cap of over $5 billion. The achievement comes the same year as when Binance launched its own decentralized exchange, DEX.

Binance today, is one of the world’s biggest crypto-exchanges in terms of trading volume. The exchange’s performance has had a positive influence on its native token, Binance Coin. Binance, alongside Coinbase, also enjoys the highest web traffic among all the world’s crypto-exchanges.

The overhead chart depicts BNB’s elliptical surge in terms of both value and market cap. BNB maintained a stable valuation throughout much of the year, even during the crypto-winter when a majority of coins dipped. In fact, Binance’s native token has surged by over 450% in 2019. At press time, BNB was priced at $35.69 with a 24-hour trading volume of $552.52 million. It had a market cap of $5.04 billion.

The main reason behind BNB’s surge is its migration from ERC-20 to Binance’s own blockchain. Also, as already discussed, Binance’s own performance has rubbed onto the performance and valuation of Binance Coin. Additionally, the migration of many other digital coins to Binance blockchain has also contributed to the success and growing popularity of the two. 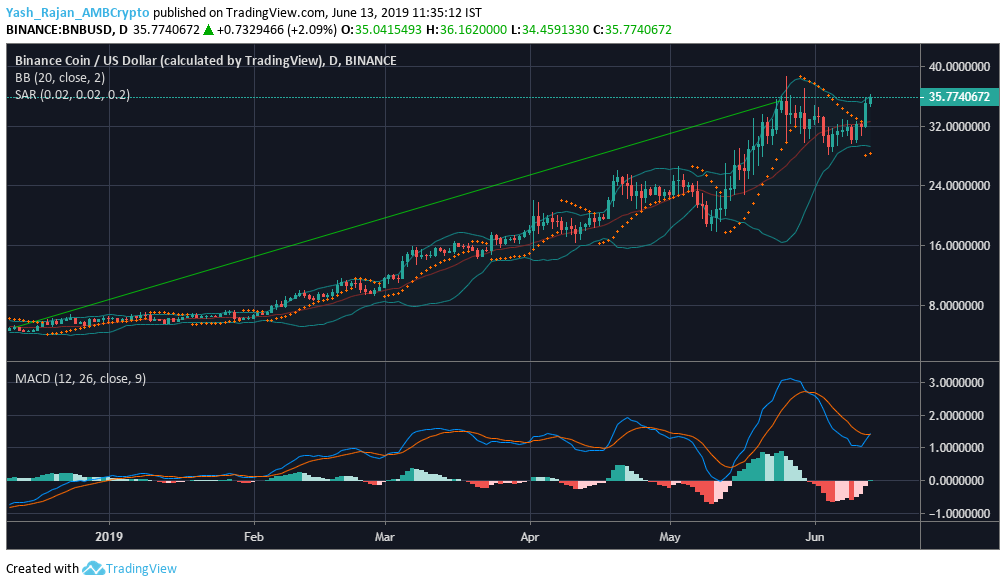 The landmark was celebrated by many of Twitter, with a user commenting,

Who Are the Most Popular People in the Crypto Industry
Markets

Eerie Fractal: Bitcoin Bottomed at $3,800, Price Poised to Rally 25%
We and our partners use cookies on this site to improve our service, perform analytics, personalize advertising, measure advertising performance, and remember website preferences.Ok